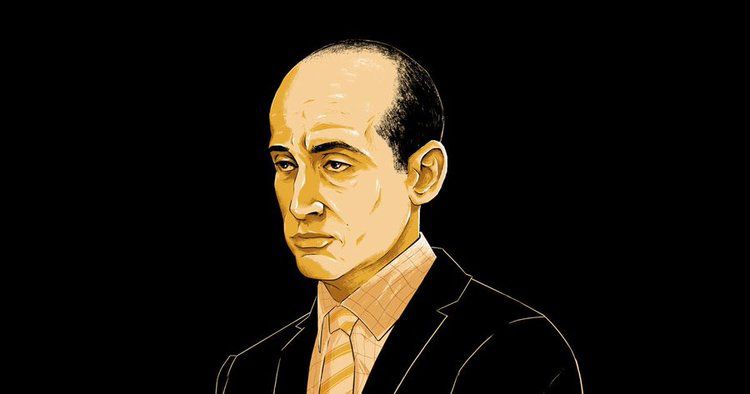 White House aide Stephen Miller was heroically on the front line again this Sunday: Stephen Miller praises Trump for having the ‘courage to stand up’ and put migrant children in jail, by David Edwards, rawstory.com, August 25, 2019. (“Migrant Children,” of course, is Main Stream Media-speak for the get-out-of-detention-free alleged dependents of illegal infiltrators.) And last Sunday, August 17, MSM bellwethers New York Times and Washington Post published simultaneous hit pieces on him.  [How Stephen Miller Seized the Moment to Battle Immigration, by Jason DeParle], [How Stephen Miller authors Trump’s immigration policy, by Nick Miroff and Josh Dawsey] The Treason Lobby consensus: Miller is a hateful bigot, the evil genius behind President Trump’s “anti-immigrant” a.k.a. pro-American policies. But does Miller really deserve this glowing praise?

The paradox, needless to say missed by the MSM: Miller has reportedly kneecapped other White House immigration patriots to fortify his power. Thus Trump’s true friends—America First immigration patriots—are less influential at 1600 Pennsylvania Avenue than they should be. The question: Is Stephen Miller worth this price?

Let’s stipulate: Miller does indeed appear to be the only person stopping Trump from betraying his base and backing down on immigration—which is of course why WaPo and the NYT unsheathed their knives.

WaPo portrayed Miller somewhat fairly, and focused on his role at the White House, with sources there providing material for the story. But NYT’s DeParle, notorious for his 1994 hatchet job on Charles Murray, depicted Miller as a hateful villain and purportedly exposed the dark roots of his “bigotry” by quoting resentful high school classmates and political opponents.

Different tone aside, both profiles convey the same message: Miller is an effective operator who has single-handedly kept immigration a priority in the White House. Both portray Miller as a committed activist who learned of the immigration problem at an early age—his experiences in a multicultural high school in rapidly changing California made him an immigration patriot. A conservative firebrand at Duke University, he earned national attention for his defense of the wrongfully-accused Duke lacrosse players, complained about the War On Christmas, worked for hardline conservative Rep. Michelle Bachmann, then segued over to immigration patriot Sen. Jeff Sessions, a position that allowed him to lead the charge against Amnesty. He joined Trump’s presidential campaign in 2016 and quickly became the chief speechwriter and a prime policy-shaper.

Both profiles recount Miller’s killing the terrible Amnesty deals for DREAMers and pushing Trump to tighten immigration controls. They claim Miller has planted loyalists throughout the administration, and that his close relationship with the president has allowed him to outmaneuver cabinet secretaries.

The NYT’s DeParle suggests that Miller’s rise to power exemplifies the GOP’s shift from Open Borders to restrictionism, thanks to larger social and cultural forces:

Rising fears of terrorism after the Sept. 11 attacks brought new calls to keep immigrants out. Declining need for industrial labor left fewer businesses clamoring to bring them in. A surge of migrants across the South stoked a backlash in the party’s geographic base.

Conservative media, once divided, turned against immigration, and immigration-reduction groups that had operated on the margins grew in numbers and sophistication. Abandoning calls for minority outreach, the Republican Party chose instead to energize its conservative white base—heeding strategists who said the immigrant vote was not just a lost cause but an existential threat.

Here at VDARE.com, of course, we call that the Sailer Strategy.

And of course the Trump Administration has made the right noises lately, likely due to Miller. It has announced it would deny green cards to immigrants who rely on public assistance. [Trump admin announces rule that could limit legal immigration over use of public benefits, by Priscilla Alvarez, Geneva Sands and Tami Luhby, CNN, August 13, 2019] Sixty-three percent of immigrant households receive some form of government assistance. This new rule would increase the requirements for green card admission and likely reduce immigration and encourage self-deportation.

Hard to know what that means—but ¡Jeb! would never have said it.

But this wish list is hardly a sign, sadly enough, that the GOP has become the party of “National Conservatism,” or that Trump is its pointman. The GOP is still basically the tool of Wall Street and the U.S. Chamber of Commerce. Tax cuts, deregulation and the “market” matter far more than immigration.

And here’s what the MSM didn’t say about Miller. He apparently values his position more than building an effective network of immigration patriots in or out of the White House. Whatever good he has done, he has reportedly torpedoed immigration patriots he sees as rivals or liabilities.

Thus both profiles mentioned Miller’s role in the dismissal of former U.S. Citizenship and Immigration Service chief L. Francis Cissna. Miller wanted Cissna gone because he moved too “slowly” on the public-charge change, the profiles say. Yet Cissna was one of Trump’s most effective immigration enforcers and was committed to America First and MAGA. He wasn’t the problem. It was the Leftist bureaucracy he managed. My sources say Miller pushed out Cissna not because of inaction, but because Miller thought the USCIS director was insufficiently loyal to him and threatened his power.

Another threat: the great immigration patriot Kris Kobach. Trump apparently considered him for the role of “immigration czar.” But sources say Miller launched a campaign to undermine Kobach, a part of which might well have been leaking Kobach’s list of immigration czar demands to the Times. The list was entirely reasonable, but the leak and MSM’s subsequent attack on Kobach killed his chances. Miller favored Ken Cuccinelli over Kobach because Cuccinelli wouldn’t threaten Miller’s power.

Nor did Miller support former White House speechwriter Darren Beattie, sources tell me. Beattie was infamously sacked for the unforgivable crime of speaking at a conservative conference attended by VDARE.com Editor Peter Brimelow, a top name on the MSM-Cuck Right Index Populus Prohibitorum. Miller had the power and position to back Beattie, but apparently didn’t do so.

Miller (and Richard Spencer!) hosted Brimelow at a 2007 debate when he was a student at Duke University, so he couldn’t have been offended by Beattie’s choice of speaking venues. But like Cissna and Kobach, Miller likely saw the speechwriter as a potential threat rather than a strong ally. And so he let Beattie swing.

Outside the White House, according to the WaPo profile, pro-Trump groups have “soured” on Miller and felt “discarded.” One is Protect US Workers, a group that represents those displaced by immigrants. Founder Sara Blackwell said Miller attacked her for writing an op-ed about a meeting with Trump in 2017 and hasn’t spoken with her since. Even if she shouldn’t have written the piece, Miller’s reaction is unimpressive. 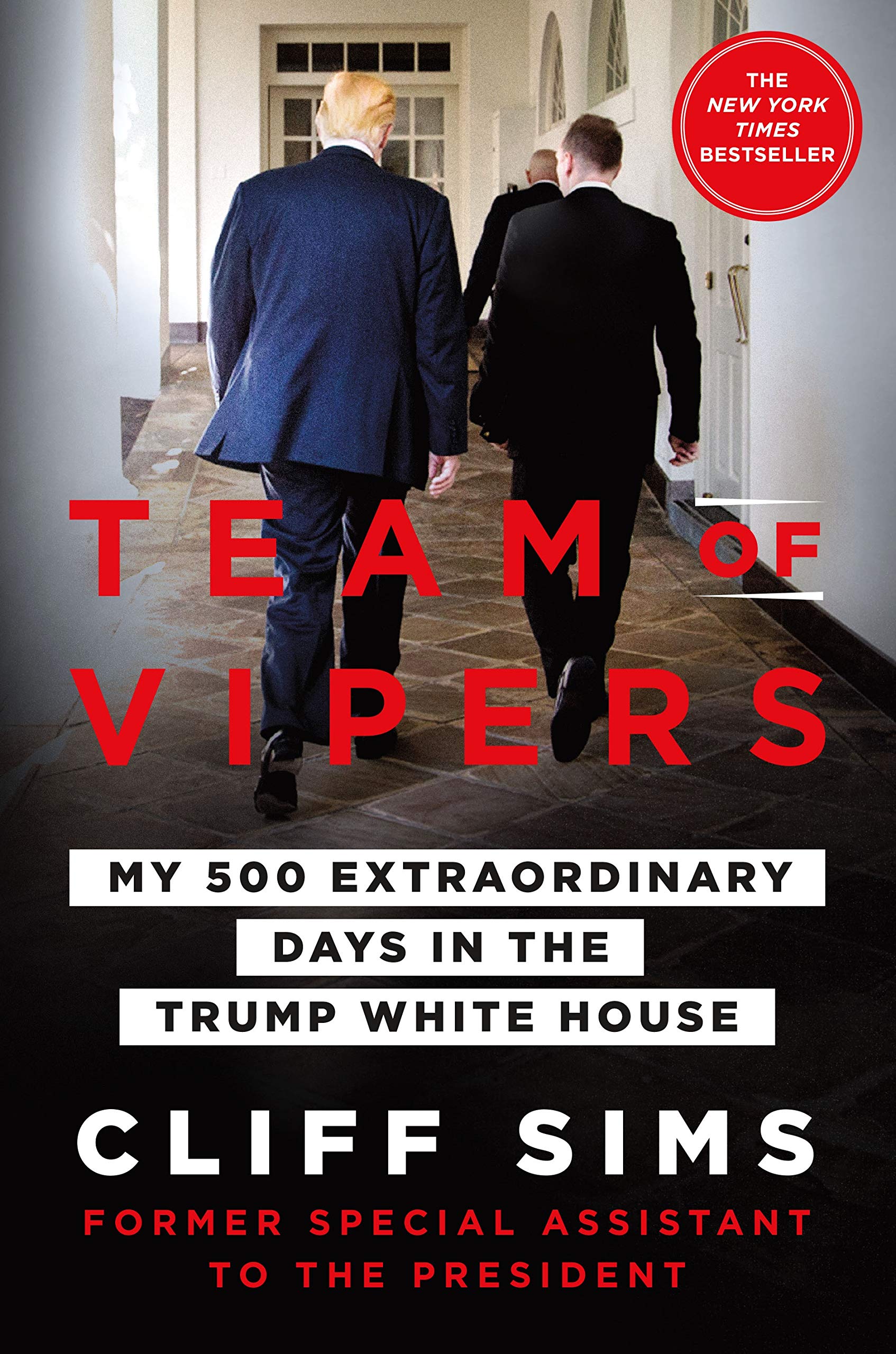 Alabamian Cliff Sims’s interesting tell-all Team Of Vipers has this vignette of Miller on the campaign trail—and in the Trump family power structure:

I’d known him for years as Senator Session’s communications director. He was now Trump’s speechwriter and often warmed up the crowd for him at rallies. He stood in the doorway staring at me for a moment. “What are you doing here?” he deadpanned. It would have come across as rude if it were anyone else, but I’d known Stephen long enough to understand that it’s just how he is. He was often the funniest guy in the room, thriving as the center of attention as he poked fun at people and bragged about his brilliance. Other times it just felt like an act—overcompensation for his own insecurities. He had always been self-conscious about the perception that he was a fringe character, both ideologically and socially. But now he was one of the closest advisers to the Republican nominee for president. Suddenly at the top of this emerging new power structure, Miller’s social response was to buddy up to other top aides while harshly condescending to anyone he perceived as being below his newfound status. In short, he was just treating others the way he had been treated for so long.

By the time I met him, in his mid-twenties, he already had a fully formed political ideology and worldview. I often disagreed with him but respected that he knew what he believed and why he believed it. And he could write—I mean really write, and fast. While working in Session’s Senate office, he’d single-handedly written what amounted to the definitive “anti-amnesty” handbook. It was full of statistics and messaging recommendations. Immigration hard-liners had used it as their road map to successfully kill a bipartisan effort to pass so-called “comprehensive immigration reform.” Since joining the Trump campaign, he’d helped the candidate flesh out his populist platform, and based on the next conversation I had, he was impressing the people who mattered.

Jared Kushner walked into Jason Miller’s office right behind Stephen. Jason told him who I was and what I’d be doing on the campaign. Kushner welcomed me to the team and began introducing me to Stephen, who told him we already knew each other through Senator Sessions.

“This is our key man right here,” Kushner told me, putting his hand on Stephen’s shoulder. “If we took out key-man insurance on any one person on the campaign, it’d be him. We’d be lost without him.”

The depressing Byzantine details aside, however, the fact is that immigration patriots need Miller in the White House. The only immigration policy alternative, as the WaPo profile noted, is immigration enthusiast Kushner.  Sans Miller, Trump might well be pushing Amnesty and other terrible ideas.

But one man cannot stop the immivasion alone. Immigration patriots must obtain senior positions in the White House and administration and across Washington for MAGA to move forward.