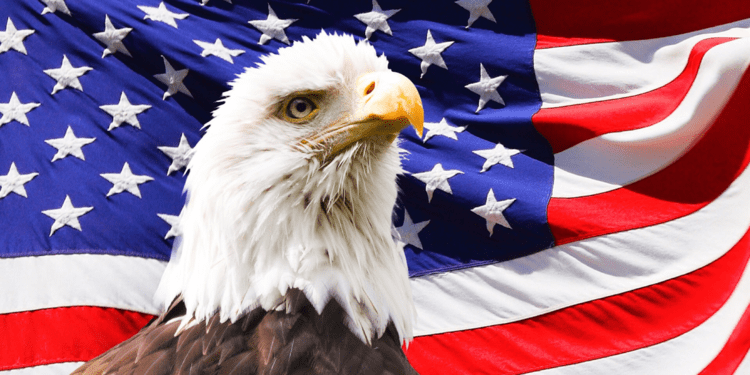 “National Conservatism” Is Being Co-Opted. Either We Reclaim It—Or The Future Is Separatism

In 2014, I thought Senator Jeff Sessions, with his attacks on Big Tech (the “Masters of the Universe”), cheap labor, and mass immigration was transforming the GOP into a “National Conservative” party. Senator Sessions’ early endorsement of Donald Trump seemed the launch of a real movement. President Trump’s election after routing Conservatism Inc. dogma represented its triumph. The split between Sessions and Trump was a catastrophe—by prompting this conflict, the discredited Russia Hoax actually succeeded.

Labels matter. The term “Alt Right” meant different things in 2010, 2015, 2017, and today. It remains to be seen if “National Conservatism” can be recaptured from the gatekeepers. Some of the figures at the Hazony conference could lead electorally viable national movements, notably Tucker Carlson and Senator Josh Hawley.

Yet I have my doubts. MAGA was co-opted, arguably within the first 48 hours. In Steve Bannon’s words, the “Original Sin” of the Trump Administration was to align himself with the congressional GOP agenda of tax cuts for the rich and an incoherent health care plan. National Conservatism might be dead now too.

Still, its ghost is enough to scare professional Token Conservative George Will, who attacked National Conservatism as “Elizabeth Warren Conservatism”:

Tucker Carlson says that what Senator Elizabeth Warren (D., Mass.) calls “economic patriotism” sounds like “Donald Trump at his best.” Carlson approves of how Warren excoriates U.S. companies’ excessive “loyalty” to shareholders. She wants the government to “act aggressively” and “intervene in markets” in order to stop “abandoning loyal American workers and hollowing out American cities.” Carlson darkly warns that this “pure old-fashioned economics” offends zealots “controlled by the banks.”

Yet to call someone a victim doesn’t deny him agency. To say it’s being a “victim” when you fight against oppressors inverts the truth. The real problem: Americans, especially the “mostly white” conservative base, aren’t fighting hard enough.

This is also a strange argument from Will. Joe Sobran excoriated Will’s Statecraft as Soulcraft because Will energetically defended the welfare state and government power and attacked libertarianism. Sobran mocked Will’s “1964-vintage japery” like, “If conservatives do not want to use government power in behalf of their values, why do they waste their time running for office?” [From the Spectator Archives: George Will Edition, From October 1983: Joseph Sobran on George Will, by Paul Kengor, American Spectator, August 10, 2019]

But today Will says Republicans can’t use government power to defend their voters.  This may seem hypocritical—even confirmation of Peter Brimelow’s hypothesis that the 78-year-old Will’s stuff is now being written by 20-something interns with no institutional memory—but there’s a certain continuity in his efforts. In the more conservative America of the early 1980s, the Left was empowered most by Big Government. Now, the Left is also empowered by Woke Capital. Both times, George Will fulfilled the classic Beltway Right role: telling Republicans why they aren’t allowed to fight.

Nevertheless, random sloganeering about “freedom” isn’t fitting the facts on the ground. Darren Beattie recently noted that “the free market of Goldman Sachs is not the free market of the lemonade stand, and a conservative vocabulary that does not appreciate such distinctions is flat-footed and obsolete and deserves to die.” [The Tyranny of Myopia, American Greatness, August 11, 2019] The working class voters and “Market Skeptic Republicans” who turned out for Trump recognized this. A real nationalist has to offer something to people whose entire way of life is disintegrating—a process that isn’t just “happening” but is caused by specific government policies, including mass immigration.

There’s also the National Question. Is America still a nation-state—the political expression of a particular people? No commonwealth can survive without some kind of public spirit. If Will is right, we really are in just a continent-sized Mall of America. So why should anyone fight, sacrifice, or even care about it one way or the other?

As Francis Fukuyama pointed out in his 1992 The End of History and The Last Man, even liberal democracy and liberal economics themselves depend on “irrational forms” of recognition. This includes attachments to “irrational” communities not based on universalisms and “irrational” pride in democratic institutions.

I’d add this includes at least some “irrational” attachment to the symbols of those institutions—the flag, the Founders, the Constitution as the Supreme Law. These symbols, and the national identity they represent, are in jeopardy.

But is there still an American national identity left to defend? Though the MSM calls what I’m about to say either inevitable reality or terrorist propaganda depending on who is saying it, because of immigration policy Texas is being driven blue, as are Florida and Georgia. At a certain point, GOP victory becomes impossible unless the party wakes up and smells the demographic and socioeconomic coffee.

Perhaps the problem is that the only way Trump could have really succeeded is with something akin to a government of National Reconquest. [Sam Francis in His Own Words, American Renaissance, April 2005] Illegals needed to be deported, English established as the national language, E-Verify and remittance taxes imposed, and the Wall built. None of these things happened or, probably, will happen. Timid staffing choices and placeholders who even now are selling him out for a few minutes of MSM fame have made that impracticable.

Perhaps a new Trump program may emerge out of necessity in the 2020 campaign. But it seems more likely Trump will simply call the Democrats extremists and socialists and hope Americans are scared away.

It might work. But with the Big Guns of the MSM in the hands of the Left, it’s far from certain. Maybe, as Tucker Carlson brooded in April, Trump doesn’t want to win. [Fox News’ Tucker Carlson wonders aloud whether Trump actually wants to lose in 2020, The Week, April 5, 2019] Even if Trump wins, it could be a meaningless victory in the long run, because on the current course we will just keep losing in slow motion.

Nevertheless, the powerful forces that Donald Trump awakened will remain. A new capable leader may emerge. And if one doesn’t, or the GOP blindly continues with the same old strategies, “National Conservatism” may transform into separatism, as in the 1850s.

It’s too early to give up hope. America deserves a real National Conservative movement that will fight for it. It may get it. We should try to build it. Yet there’s nothing on the immediate horizon unless Trump radically changes course or a new champion emerges.

“Will national conservatism come to the U.S.A.?” asked John Derbyshire in March 2014. “If it does, we at VDARE.com will be the first to ring the bell.”

Right now, it sounds like the tolling of a funeral bell. I still hope to tell you again that it’s a victory chime.