President Donald Trump, who canceled a missile strike on Iran, after the shoot-down of a U.S. Predator drone, to avoid killing Iranians, may not want a U.S. war with Iran. But the same cannot be said of Bibi Netanyahu. 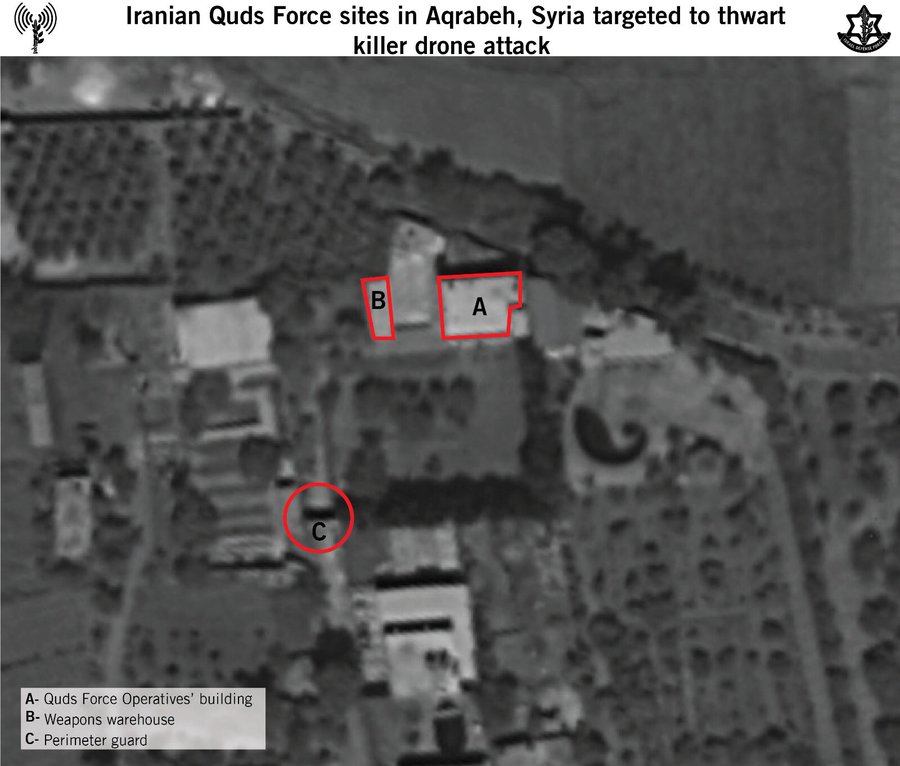 Saturday, Israel launched a night attack on a village south of Damascus to abort what Israel claims was a plot by Iran's Revolutionary Guards' Quds Force to fly "killer drones" into Israel, an act of war.

Sunday, two Israeli drones crashed outside the media offices of Hezbollah in Beirut. Israel then attacked a base camp of the Popular Front for the Liberation of Palestine-General Command in north Lebanon.

Monday, Israel admitted to a strike on Iranian-backed militias of the Popular Mobilization Forces in Iraq. And Israel does not deny responsibility for last month's attacks on munitions dumps and bases of pro-Iran militias in Iraq.

Israel has also confirmed that, during Syria's civil war, it conducted hundreds of strikes against pro-Iranian militias and ammunition depots to prevent the transfer of missiles to Hezbollah in Lebanon.

Understandably, Israel's weekend actions have brought threats of retaliation. Hezbollah Secretary-General Hassan Nasrallah has warned of vengeance for the death of his people in the Syria strike.

Last Friday, in the 71st week of the "Great March of Return" protests on Gaza's border, 50 Palestinians were wounded by Israeli live fire. In 16 months, 200 have died from gunshots, with thousands wounded.

America's reaction to Israel's weekend attacks? Secretary of State Mike Pompeo called Netanyahu to assure him of U.S. support of Israel's actions. Some Iraqi leaders are now calling for the expulsion of Americans.

Why is Netanyahu now admitting to Israel's role in the strikes in Lebanon, Syria and Iraq? Why has he begun threatening Iran itself and even the Houthi rebels in Yemen?

Because this longest-serving prime minister in Israeli history, having surpassed David Ben-Gurion, is in the battle of his life, with elections just three weeks off. And if Netanyahu falls short—or fails to put together a coalition after winning, as he failed earlier this year—his career would be over, and he could be facing prosecution for corruption.

Netanyahu has a compelling motive for widening the war against Israel's main enemy, its allies and its proxies and taking credit for military strikes.

But America has a stake in what Israel is doing as well.

We are not simply observers. For if Hezbollah retaliates against Israel or Iranian-backed militias in Syria retaliate against Israel—or against us for enabling Israel—a new war could erupt, and there would be a clamor for deeper American intervention.

Yet, Americans have no desire for a new war, which could cost Trump the presidency, as the war in Iraq cost the Republican Party the Congress in 2006 and the White House in 2008.

The United States has taken pains to avoid a military clash with Iran for compelling reasons. With only 5,000 troops left in Iraq, U.S. forces are massively outmanned by an estimated 150,000 fighters of the pro-Iran Popular Mobilization Forces, which played a critical role in preventing ISIS from reaching Baghdad during the days of the caliphate.

And, for good reason, the aircraft carrier Abraham Lincoln, with its crew of 5,600, which Trump sent to deter Iran, has yet to enter the Strait of Hormuz or the Persian Gulf but remains in the Arabian Sea off the coast of Oman, and, at times, some 600 nautical miles away from Iran.

Why is this mighty warship keeping its distance?

We don't want a confrontation in the Gulf, and, as ex-Admiral James Stavridis, former NATO Supreme Allied Commander, says:

"Anytime a carrier moves close to shore, and especially into confined waters, the danger to the ship goes up significantly. ... It becomes vulnerable to diesel submarines, shore-launched cruise missiles and swarming attacks by small boats armed with missiles."

Which is a pretty good description of the coastal defenses and naval forces of Iran.

Netanyahu's widening of Israel's war with Iran and its proxies into Lebanon and Iraq—and perhaps beyond—and his acknowledgement of that wider war raise questions for both of us.

Israel today has on and near her borders hostile populations in Gaza, Syria, Lebanon, Iran and Iraq. Tens of millions of Muslims see her as an enemy to be expelled from the region.

While there is a cold peace with Egypt and Jordan, the Saudis and Gulf Arabs are temporary allies as long as the foe is Iran.

Is this pervasive enmity sustainable?

As for America, have we ceded to Netanyahu something no nation should ever cede to another, even an ally: the right to take our country into a war of their choosing but not of ours?