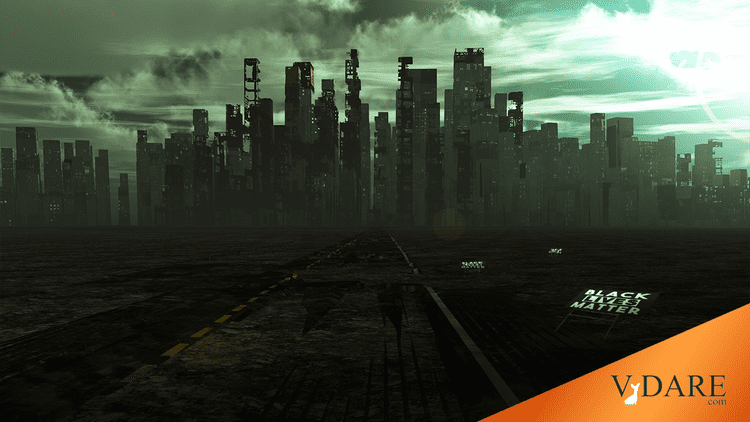 "Can we all just get along?"

That was the plea of Rodney King after a Simi Valley jury failed to convict any of the four cops who beat him into submission after a 100-mile-an-hour chase on an LA freeway.

King's plea came after the 1992 LA riots, the worst since the New York City draft riots in 1863 when Lincoln had to send in federal troops.

In the aftermath of today's protests and riots after the killing of George Floyd in Minneapolis, we hear similar calls. President Donald Trump must "reach out" and "unify the nation."

Many of these calls for unity come from the same elites who are all-in on tearing us apart by pulling down statues of the famous men of American history whom they most detest.

A second war on the Confederacy is underway, to disgrace and dishonor all who fought for Southern independence in the war of 1861-65. A second Reconstruction is being readied.

The St. Andrew's Cross, the battle flag of the Confederate army, though seen as a banner of heroism and honor to millions, is henceforth to be treated like the Nazi swastika. It has been already been banned at Nascar races, where it has been widely popular.

Liberals will fight for the right of Marxist radicals to burn the American flag to show their hatred of it but cannot tolerate working folks flying the battle flag of the Confederacy to show their love of it.

A second front in the campaign to cancel history is the renaming of U.S. army bases in Southern states that bear the names of Confederate generals, such as Forts Benning and Bragg. Trump has pledged to veto any defense appropriation bill that contains such a provision.

Third is the drive led by Nancy Pelosi and her allies to remove statues in the Capitol of any of those men of "violent bigotry" who were connected to the Confederacy.

First among them is General Robert E. Lee.

Gen. David Petraeus has put succinctly the crime of which Lee is guilty. Though "West Point honors Robert E. Lee with a gate, a road, an entire housing area, and a barracks," writes Petraeus, "Lee... committed treason."

The goal here is to impose the one-sided view of American history that is now ascendant, as official truth—that the cause of Southern secession was unlike the cause of American secession from Britain. It was an act of treason rooted in the ideology of white supremacy.

To have that sole acceptable view predominate, our elites believe they must remove from public display the statues of any associated with the cause of Southern independence and stigmatize them all as traitors.

They have, however, a problem: Where do the elites stop when the radicals demand more?

If support of slavery disqualifies one from the company of decent men, does it disqualify George Washington, who owned slaves his entire life? What Washington fought for, independence, was what Lee fought for.

Lee did not challenge Lincoln's election. He did not seek to overthrow the government Lincoln headed. He resigned from the U.S. army to go home and defend the people among whom he had been raised from an invasion to force-march them back into a Union the state's chosen rulers had voted to leave.

None of these men appears, from how they lived their lives, to have shared modernity's belief in democracy, diversity or social equality. Yet, it was they who cobbled together the United States of America.

Washington led us to independence and ownership of all the land from the Atlantic to the Mississippi. Jefferson negotiated the Louisiana Purchase, doubling the size of the U.S. Andrew Jackson added Florida. James K. Polk added the Southwest and California. Slave owner Sam Houston won Texas' War of independence and brought his Republic of Texas into the Union in 1845.

Two of the three greatest Senate statesmen of the 19th century, Henry Clay of Kentucky and John Calhoun of South Carolina, were slave owners. Both have statues in the Capitol. Do they go, too?

The newest bridge over the Potomac, like the premier dam in the TVA, is named for Woodrow Wilson, who resegregated the government.

These were among the decisive figures of American history. If all are dishonored, with their statues pulled down and their names taken off cities, counties, towns, rivers, canals, bridges, buildings, highways, roads, streets and dams, then what is left?

Detest all those white men if you will, but they were the ones who created the nation we inherited.