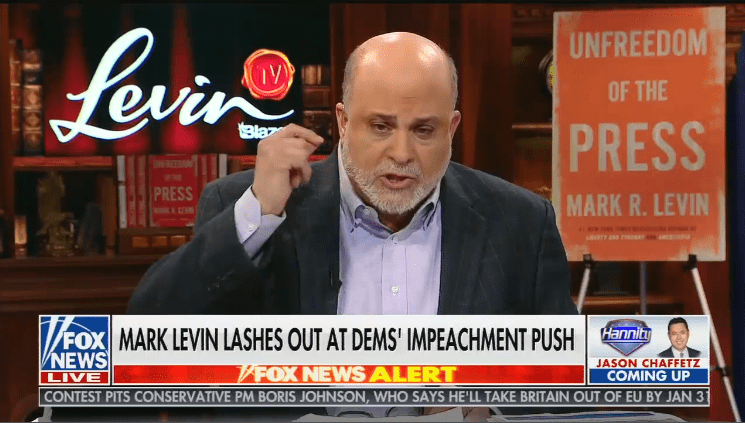 Mark Levin: Nearly EVERY Past President Would Be Impeached under Today’s Democrat Rules

Author Mark Levin appeared on the Hannity TV show on Thursday, where he displayed his extensive historical knowledge reflecting upon the Democrats’ coup/impeachment efforts against President Trump. Previous presidents — even D-party members — have committed sketchy acts that were far worse than whatever President Trump is alleged to have done. But the Dems have changed the rules and the switch may have long ranging effects.

Below, Speaker Nancy Pelosi initially resisted the far left of her party to remove Trump, but she succumbed to the AOC wing and has been an enthusiastic impeacher ever since. 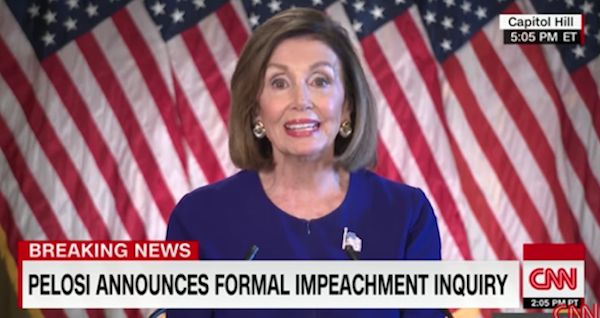 Levin enumerated quite a list of Democrat offenses against the American people in three minutes.

He also demands that Republicans adopt Democrat rules on impeachment the next time there’s a Democrat president and a Republican House. Otherwise, the GOP plays with a weakened hand.

John Kennedy would be impeached, used in the IRS and the FBI against his political opponents, leaked information against them. Lyndon Johnson would be impeached, used the IRS, the FBI, and the CIA, to tap into his political opponents into civil rights leaders. And by the way, became a multimillionaire while he was a senator. We’d have a lot of impeachment going on under these bogus rules that this rogue House Democrat leadership that has been put in place.

The next Democrat president of the United States must be impeached. Not to get even, not because we are at their low level. But because the Republicans can’t live under one constitution when the Democrats live under another constitution. And it’s the only way we are going to stop them. One party cannot be allowed to abuse the constitution, yet wave it around while the other party sits there and takes it. The Democrat party must be slammed down. The next Democrat president, if they vote for impeachment against President Donald Trump, must be impeached.

We have the blueprint; it’s the Pelosi project. She even said today, “We’ve been at this for 22 months, for two years.” What do you mean we’re being fast here? We have the plan: endless unconstitutional subpoenas. No resort to judicial review. No due process. Accusers are protected from scrutiny. Phone calls from foreign leaders must be released. The president’s closest advisers must testify. Tax returns. Business records. Bank records. Business associates. All subject to Congressional access. And demand appointment of a special counsel. That’s the Pelosi project. It must become the Republican project when there is a Democrat president.