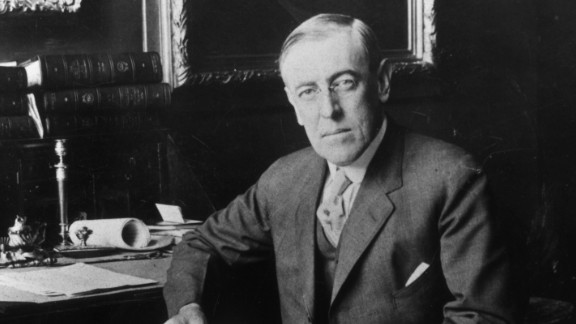 “In May 1866, a little group of young men in the Tennessee village of Pulaski, finding their time hang heavily on their hands after the excitement of the field, so lately abandoned, formed a secret club for the mere pleasure of association, for private amusement—for anything that might break the monotony of the too quiet place, as their wits might work upon the matter, and one of their number suggested that they call themselves the Kuklos, the Circle.”

This prettified depiction of the founding of the Ku Klux Klan is from  A History of the American People by Princeton professor and future President Woodrow Wilson. 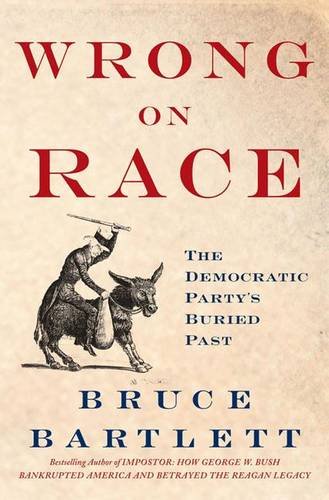 The main activities of the Klan, wrote Wilson, were “pranks,” “mischief” and “frolicking.” Occasionally they did prey upon blacks, Wilson conceded, but black fears of the Klan were “comic.”

In Wrong on Race: The Democratic Party's Buried Past, Bruce Bartlett relates countless such anecdotes to show that while the Republican Party is endlessly smeared as racist, at its worst, it could not hold a candle to the party of Wilson and FDR.

What brings this history up is the media assault on Gov. Haley Barbour for his answer to an interviewer's question as to why his hometown, Yazoo City, avoided the violence that attended the desegregation of other cities in the Mississippi of his youth. Haley's reply:

“You heard of the Citizens' Councils? Up north they think it was like the KKK. Where I come from it was an organization of town leaders. In Yazoo City, they passed a resolution that said anybody who started a chapter of the Klan would get their a– run out of town. If you had a job, you'd lose it. If you had a store, they'd see nobody shopped there. We didn't have a problem with the Klan in Yazoo City.” [The Boy from Yazoo City, Weekly Standard, December 27, 2010]

No one has contradicted the facts as stated by Haley, that the Citizens' Council of Yazoo City consisted of “town leaders” who did not want any Klan violence ripping their town apart.

After 24 hours of media bashing, Haley sought to silence his tormenters with this clarification:

“My point was my town rejected the Ku Klux Klan, but nobody should construe that to mean the town leadership were saints, either. Their vehicle, called the 'Citizens' Council,' is totally indefensible, as is segregation. It was a difficult and painful era for Mississippi, the rest of the country and especially African-Americans who were persecuted in that time.”

Thus did Haley throw the town fathers of Yazoo City, many of whom he must have come to know as friends, under the bus to restore his acceptability to media elites, some of whom he probably detests.

Such are the demands of political advancement in America.

Yet, as Voltaire observed, history is a pack of lies agreed upon.

Undeniably, across the South in the 1950s and 1960s, there was broad and deep resistance to integration. But it is also true that all the Senate signers of the Southern Manifesto and all but two of the House signers were Democrats in good standing in the party of JFK and LBJ.

And while civil right workers and others were brutally killed in the 1960s, the real racial violence occurred in the North—in the Harlem riot of 1964, the Watts riot of 1965, the Detroit and Newark riots of 1967 and the wave of riots that broke out in scores of cities after the murder of Martin Luther King Jr. in Memphis. There were days of looting and burning in Washington, D.C.

Who was responsible for that wave of racial violence? Was it the black rioters themselves? The Democratic machines and mayors that ran almost all of the Northern cities? The Johnson administration?

Because it was surely not Republicans, who in the 1960s were nonexistent in the South and shut out of power in Washington and most major cities and state capitals after JFK's victory and LBJ's landslide.

The Nixon White House is endlessly denounced for a “Southern Strategy” that captured all 11 states of the Old Confederacy in 1972. But Nixon's vice president was a pro-civil rights governor, Spiro Agnew of Maryland, who had defeated George P. (“your-home-is-your-castle”) Mahoney, a Democrat who ran in 1966 on his opposition to open housing.

In the six presidential elections in which Wilson and FDR topped the ticket, Democrats carried all 11 Southern states every time.

Outside of Missouri, Deep South states were the only ones Adlai Stevenson carried in 1956. The sainted Adlai balanced both his tickets with Dixiecrats: John Sparkman of Alabama and Estes Kefauver of Tennessee.

As Haley Barbour can attest, liberal hypocrisy is exceeded only by liberal amnesia about who kept them in power from 1933 to 1968.