What Does VDARE.com Mean By A "Disgruntled Minority Massacre"?

Previously: Alton Nolen Not A Muslim Terrorist, But An American Phenomenon—116 People, Mostly Whites, Have Been Killed By 18 Black “Disgruntled Employees” In The Last 40 Years

You’ve heard of “Going Postal”. Several different shootings by postal workers (mostly white) have set that in the American vocabulary. But have you ever heard of a “Disgruntled Minority Massacre”? No, because when a black commits a mass murder, he’s not identified in the press as black—except when he claims racism. VDARE.com lists Disgruntled Minority Massacres as another of its public services, like its listing of outbreaks of "Immigrant Mass Murder Syndrome," with which Disgruntled Minority has some overlap e.g. Akouch Kashoual, below, was from Sudan, originally.

Blacks in America are taught to hate whites. Not just by their parents and clergymen, but by American schools. They feel, and express, hatred of white society without fear of criticism.

They also feel, and express, resentment at having to work for a living. Barack Obama, of all privileged people, said that when he had a regular job as a research assistant in an office in New York he felt “like a spy behind enemy lines. “

In 1930s New York, black hipster slang for a normal job was “Before-Abe”, according to black-identified white jazzman Mezz Mezzrow, who published a dictionary of black slang as an appendix to his 1946 memoir, Really The Blues. “Before-Abe: job (the implication being that a Negro’s employment is slavery, of the type that existed before Abe Lincoln.”

In Dinesh D’Souza’s 1995 book  The End Of Racism (pp. 97—99) D’Souza suggests that the lack of a work ethic in African-American society may be a genuine legacy of slavery. In the old Soviet Union, workers would say “We pretend to work, and they pretend to pay us.”

The cheap labor enthusiasts of the pre-Civil War “Slave Power” didn’t even pretend to pay their slaves, and as a result didn’t get much work out of them. Of course, there’s not a lot of enthusiasm for hard work in Africa, Haiti, or Jamaica, either.

Be that as that may, modern black employees tend to resist white authority, and react violently to be being fired, or even “dissed.”

While there might conceivably be some justification for a slave revolt like the one Nat Turner committed in 1831, there’s no excuse for the phenomenon of black employees coming into work and shooting up their work-place as in these cases listed below.

A definition of the “Disgruntled Minority Massacre” is that a black—or other minority—employee or co-worker reacts with crazed violence to normal workplace actions like being fired or disciplined.

The media does not make the same kind of fuss about who may have inspired him as they did in the case of Dylann Roof, because the answer is “they did”. And Obama did, and Eric Holder did, and a million grade school teachers teaching about racism did. 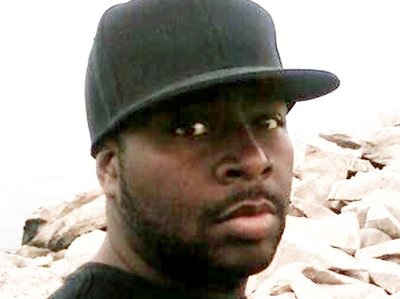 In some cases they’ll even investigate the victims to see if they’re racist, as in the case of Omar Thornton (right) and the Vester Lee Flanagan case covered by Robert De Brus tonight. See No proof of racism at site of 2010 shooting rampage: police, Reuters, May 12, 2011 and CNN’s Sally Kohn Excuses Racist Virginia TV Killer as ‘Justified’ For Murdering White Reporters, RightWingNews.com, August 30, 2015.

was mentally unstable AND appears to acted out of sense of victimization i have no reason to believe not justified https://t.co/XPbtw36AM7

The list below includes 131 killed and 31 wounded. Except for Salvador Tapia, a case I covered in 2003, all these killers are black. This list is incomplete—because it's not announced in the media when this happens.

If you know of other cases, write me at jfulford@vdare.com and I'll update it.