Who Is Really Responsible For Motivating The Charleston Shooting? (Not The CCC)

On August 12, 2012, gay black activist Floyd Lee Corkins (right) walked into the Family Research Council’s Washington, DC headquarters and shot a security guard in the arm. Fortunately, the guard survived and disarmed Corkins before he hurt anyone else. However, Corkins admitted his goal was to “to kill as many as possible and smear the Chick-Fil-A sandwiches in victims’ faces, and kill the guard.”

Not surprisingly, the Family Research Council and other Christian Right groups blamed the SPLC for the shooting. But the SPLC countered by saying the Religious Right was

Now it turns out that a right-wing website may have influenced Dylann Roof’s killing of nine African Americans in Charleston, South Carolina. In a 2,000 word manifesto he posted to justify his shooting, Roof acknowledged that the Council of Conservative Citizens’ website led him to “research deeper” and become “racially aware.”

Needless to say, the SPLC and its Main Stream Media allies will not just write Roof off as another “mentally ill or otherwise unhinged person who decides that the matter needs to be settled at the point of a gun.” Indeed, according to many commentators, even questioning Roof’s mental health is racist.

Thus University of Pennsylvania religion professor Anthea Butler [Email her] claims that the “racist media narrative” says that “white male shooters” are “lone, disturbed or mentally ill young men. She rejects that the shooting was the act of "one hateful person," and believes it "was a manifestation of the racial hatred and white supremacy that continue to pervade our society" [Shooters of color are called ‘terrorists’ and ‘thugs.’ Why are white shooters called ‘mentally ill?’ by Anthea Butler, Washington Post, June 18, 2015].

And Salon’s Arthur Chu claims that the phrase “mental illness” is used to “avoid saying other terms like ‘toxic masculinity,’ ‘white supremacy,’ ‘misogyny’ or ‘racism’” [It’s not about mental illness: The big lie that always follows mass shootings by white males, June 18, 2015].

And sure enough, even before Roof’s manifesto was revealed, there were near constant cries about the necessity of destroying “racism,” whether conscious or “institutional,” in order to stop the scourge of racist white on black killings.

And, needless to say, the MSM has immediately turned to the unscathed SPLC as an authority on the issue. A Google News search of "Southern Poverty Law Center" and "Dylann Roof" shows over 12,000 articles.

The SPLC is undertaking a sustained attack against the CCC as Roof’s “gateway into the world of white nationalism.” [The Council of Conservative Citizens: Dylann Roof’s Gateway Into the World of White Nationalism, Southern Poverty Law Center, June 21, 2015]. This attack is now spreading into the MSM, including borderline hysterical attacks against the CCC’s webmaster Kyle Rogers, who is being personally blamed for “inspiring” the attacks [Pictured: The white supremacist whose hate-filled website ‘inspired Charleston church shooter Dylann Roof, by Daniel Bates, Daily Mail, June 21, 2015]. 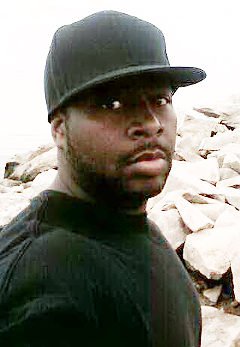 The Corkins/ Family Research Council shooting is not the only case of the double standard. In 2010, a black man named Omar Thornton (right) shot and killed eight people at his former place of employment, Hartford Distributors, before killing himself. After his crime but just before his suicide, Thornton called 911 and said,

“You probably want to know why I shot this place up. This place is a racist place. . . They treat all the other black employees bad over here too. So, I took it into my own hands and handled the problem. I wish I (could have) got more of the people.”

Thornton’s family, rather than express remorse over their kin’s act of murder, Thornton’s family complained, "This all could have been avoided" if racism had been addressed [Omar Thornton: “I Killed the Five Racists, by Kevin Hayes, CBS News, August 4, 2010].

And rather than question whether the narrative of omnipresent white-on-black racism led Thornton to murder, the MSM and the police went on an exhaustive search to see if his white coworkers were racist. It turned out they were not.

After the MSM whipped up anti-police hatred in the Michael Brown and Eric Garner cases, protesters began yelling ““What do we want? Dead Cops. When do we want it? Now.” Ismaaiyl Brinsley (right) 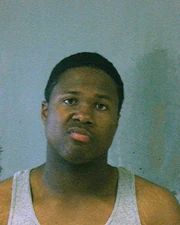 wrote on his Instagram page he was “putting wings on Pigs. They take 1 of ours, let's take 2 of theirs," along with the hashtags “RIPMikeBrown” and “RIPErivGardner” (sic). He then went out and murdered two NYPD officers.

The MSM, as they allegedly only do with white murderers, focused on Brinsley’s mental illness and supposedly legitimate grievances to ameliorate the crime. Brittney Cooper, [email her] aka “Professor Crunk” complained, “The pressure now placed on black people to make a public show of condemning this act of violence against the police” and rejected “prevailing logic of this moment is that black and brown communities are supposed to willingly submit to the use of excessive force, surveillance and violence by the police, without ever ‘overreacting’ to the injustice of it all” [America’s fear of black rage: Why tragic NYPD shootings are so misunderstood, December 24, 2014].

Even according to the Southern Poverty Law Center, the Council of Conservative Citizens’s website was only the “first stop for Roof on his dive down the white nationalist rabbit hole.” (Actually, if we are to take his word for it, Google and Wikipedia were the first stops.)

Roof said that after hearing incessantly about Trayvon Martin, he decided to type in “black on White crime,” and he discovered the CCC website, which specializes in highlighting black-on-white crimes. There are a lot of them. This led Roof to ask:

“How could the news be blowing up the Trayvon Martin case while hundreds of these black on White murders got ignored?”

Indeed, all the discussions about racism in the wake of the shooting are premised on the idea that, with enough Hate Crimes laws and brainwashing about “white privilege,” whites will, in Hillary Clinton’s word “question our own assumptions and privilege” stop hiding “from any of the hard truths about race and justice in America,” and address “institutionalized racism” [Hillary Clinton denounces white privilege, calls for taking guns from ‘those whose hearts are filled with hate, by Katie McHugh, Breitbart, June 20, 2015]

Yet as Roof’s experience shows, some people become radicalized by Ruling Class harangues about “white racism” (especially because these critically depend upon suppressing the truth about black behavior, above all crime).

As black Vanderbilt law school professor Carol Swain has argued, the best way to prevent a rise in “white nationalism” is to take away the movement’s recruiting issues like Affirmative Action, black privilege, and nation-breaking alien immigration.

But the point of the MSM’s current campaign isn’t to prevent violent extremism. It’s to marginalize any dissent from multicultural orthodoxy—and to make peaceful opposition impossible.