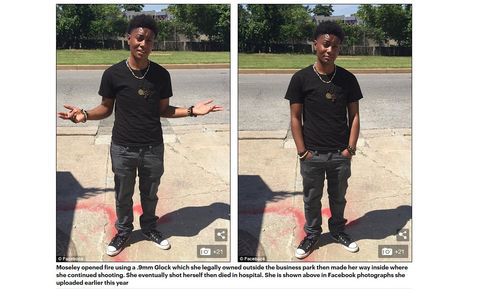 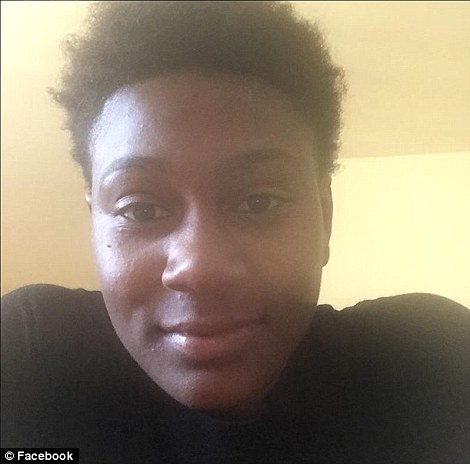 USA Today has a report on the black woman (they call her a "woman", of course) who shot up Rite-Aid distribution center where she worked part time:

ABERDEEN, Md. — A 26-year-old woman who was working as a temporary employee at a Rite Aid warehouse center near Aberdeen, Maryland, killed three people Thursday and injured three others before turning the gun on herself.

Snochia Moseley, from Baltimore County, was in critical condition inside the building before law enforcement officers arrived. She died at a hospital.

Harford County Sheriff Jeffrey Gahler said Moseley first opened fire with a handgun outside the building and then moved inside where she opened fire on other employees before shooting herself. Law enforcers did not fire any shots, he said.

Gahler said investigators had not determined a motive for the shooting, which unfolded in this community 35 miles northeast of Baltimore. 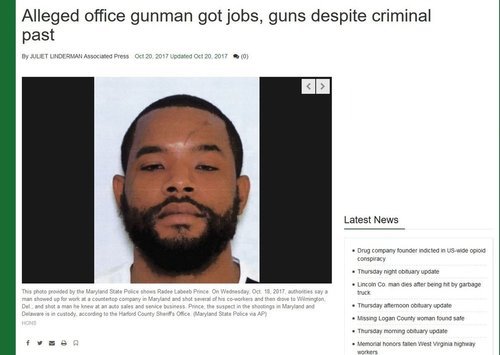 It would be a clue if we knew what race the shooter was, and what race the victims were. The UK Daily Mail, from which I got the pictures above, does much better.

[Gahler] called the incident "another tragic event for us here in Harford County." In October, a machine operator at a Harford granite company shot five people at his workplace and another man at a car dealership. Three of his victims died.[More]

Our definition of “Disgruntled Minority Massacre” is that a black—or other minority—employee or co-worker reacts with crazed violence to normal workplace actions like being fired or disciplined.

In some cases the authorities (and the media) have gone so far as to investigate the deceased employers and co-workers for racism.  See No proof of racism at site of 2010 shooting rampage: police, Reuters, May 12, 2011. More details are needed, but this is a typical incident.