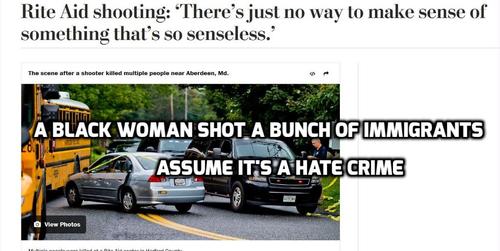 From Nigeria, Nepal, and the Dominican Republic

Above, the deceased victims of the black woman who recently shot up a Rite-Aid distribution center in Maryland where she worked. (See Disgruntled Minority Massacre In Maryland: Black Woman Named Snochia Moseley Shoots Up Workplace from yesterday.) They're all immigrants of the kind who are displacing black and white workers at job sites across America. Does this provide a clue to her motive? Not to the police or the Washington Post! [Rite Aid shooting: ‘There’s just no way to make sense of something that’s so senseless.’ By Gary Gately, Justin Jouvenal and Paul Duggan September 21, 2018]

Two of the injured appear to have been non-black immigrants: Purna Acharya, 46 (this is a Hindu name)  and Wilfredo Villegas, 45. Also injured was Hassan Mitchell, 19, who I take by his  name to be not an immigrant but of native-born African-American ancestry like Moseley herself.

The Daily Mail's lengthy headline is remarkable for not mentioning that she was a wannabe transexual, female-to-male.

Pictured: The victims of the Maryland Rite Aid warehouse shooting, where an employee fatally shot three co-workers and injured three others before shooting and killing self

Authorities have released the names of the victims of a shooting in Maryland
Sunday Aguda, 44, Brindra Giri, 41, and Hayleen Reyes, 21, were fatally shot by a co-worker at the Rite Aid distribution center where they worked in Aberdeen
Purna Acharya, 46, Hassan Mitchell, 19, and Wilfredo Villegas, 45, were injured
Snochia Moseley, 26, used a handgun purchased in March to fire 13 rounds on Thursday, taking the lives of Aguda, Giri and Reyes as well as Moseley's own life
Moseley was diagnosed with a mental illness in 2016 but still obtained the gun
Additional details about the diagnosis were not revealed by law enforcement
The shooter died in a hospital of a self-inflicted gunshot wound to the head 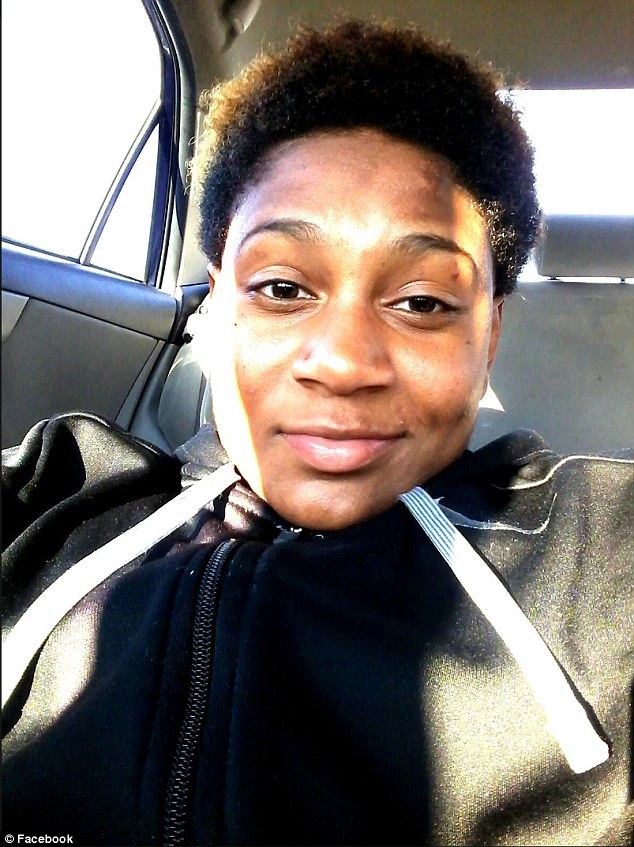 Here's some more about the transgender thing:

Investigators have found evidence that the shooter was suffering from a mental illness.

Moseley had been diagnosed with a mental illness in 2016, Gahler said, without giving any more specifics about the diagnosis.

In recent weeks Moseley had become increasingly agitated, and relatives had been concerned for her well being, he said.

The shooter had come out to family as a transgender woman in December 2016 and wanted to begin hormone therapy.

At present, it is not known if Moseley did commence hormone therapy, or if Moseley, known to friends as 'Sno', used male or female pronouns.

Moseley died in a hospital from a self-inflicted gunshot wound in the head.

So Moseley was an actual woman, though mannish looking (right) and was hoping to "transition" to male. She had a separate mental illness (you're not allowed to say that transgenders are ipso facto mentally ill) and may have been taking hormones, which means steroids. That helps to explain why she was shooting up her workplace, but what I want to to point out who she was shooting—immigrants who weren't black. That suggests racial resentment.