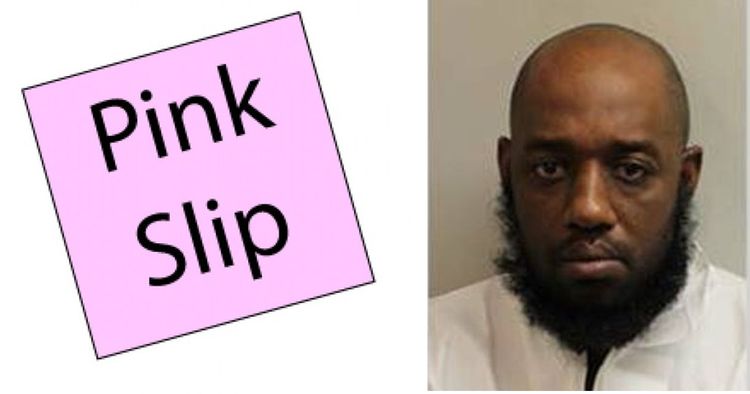 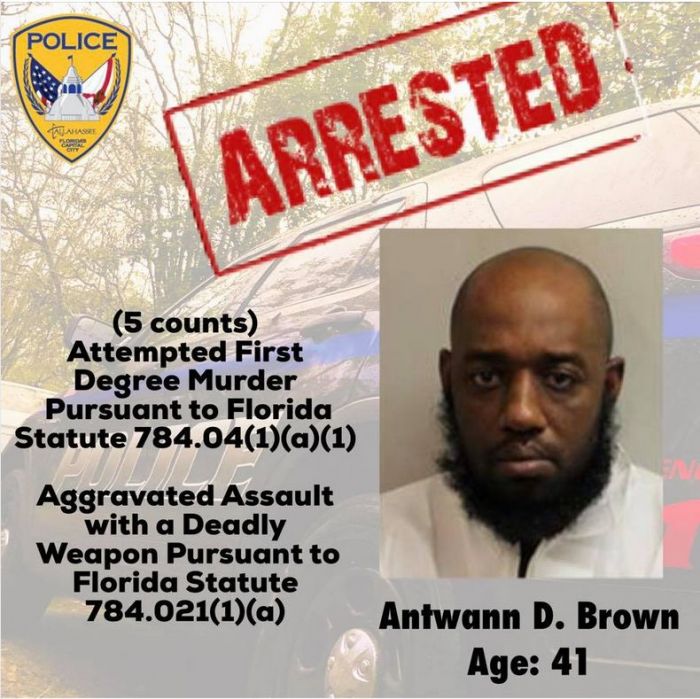 In Pink Slip, Black Rage, September 17, 2019, TakiMag's David Cole reports on the phenomenon I call the "Disgruntled Minority Massacre". Like the recent Paris attack, it's a mass stabbing, not a mass shooting.

Antwann Brown may have a rap sheet going back 25 years…he may have a record that includes busts for drug dealing, dealing near a school, grand theft, and domestic battery. But last Wednesday morning, as he hitched a ride to work with a pocketknife in his trousers (don’t we all go to work that way?), he felt certain that on this fine, sunny day, he could go a full 24 hours without committing a felony.

Brown’s driver described him as being “in good spirits.”

Unfortunately, upon arrival at Dyke Industries …. Brown’s boss informed him that he was being let go.

Well, if you’re Antwann Brown, what you do is start stabbing everyone in the place. To be exact, first he called his pastor and begged forgiveness for what he was about to do. He explained that he’d been concerned for a while that he might get fired, and now that his fears had been realized, he had no choice but to carve up those who’d “wronged” him. And a few bystanders, too. One poor bastard named Bobby Riggins had just arrived for a job interview when Brown delivered a series of imprecise incisions to his abdomen. Bleeding out, Riggins called his wife and told her, “Baby, I’ve been stabbed five times” …Amazingly, amid a sea of slashed arteries and collapsed lungs, Brown’s many victims are all expected to survive. [Suspect in 'spontaneous' Tallahassee workplace attack had string of run-ins with the law, by Karl Etters and Jeff Burlew, Tallahassee Democrat, September 11, 2019]

Cole's point is that there are a lot of crimes like this, as I myself have been writing here for years, and that, as Cole points out, the ideology behind these killings isn't promoted by 4chan, 8chan, or a random chan to be named later, but by the NAACP, Al Sharpton, and The Atlantic Monthly, and the 44th President of the United States: Barack Obama.

With mass shootings in general, blacks are overrepresented, but with workplace mass killings, they have greater representation than Asian kids in a UC Irvine STEM program. So why aren’t any Democrats talking about this? Hell, why aren’t any Republicans talking about this? One right-wing nutcase blows away some Hispanic Walmart shoppers, and everyone piles in the Scooby van to find the “real” culprit (ideology? Trump? Guns? Video games?). But 85 percent of workplace “revenge” mass killings are committed by blacks, and that doesn’t even merit a cocked eyebrow.

At the very least, why aren’t “black leaders” being asked to speak out against afro-man-made workplace revenge violence?

Of course, I’m asking a question the answer to which we all know. Leftists can’t address the black near-monopoly on workplace massacres. Their solution to atrocities like El Paso is “blame ideology, blame the words of politicians, blame the silence of politicians who don’t speak out, and blame Twitter and Facebook for not banning anyone and everyone whose words might have influenced the shooter.” You think they’re going to apply those standards to the problem of disgruntled black workplace killers? After DeWayne Craddock’s rampage, I took to Twitter to challenge Al Sharpton, Barack Obama, Don Lemon, Jesse Jackson, and the NAACP to denounce black workplace killings.

Not a peep in response from the professional race-hustlers. Even though those telegenic tumors can manage to link any minor thing, from jaywalking accidents to drowning, to “white supremacy,” they somehow fail to see anything but random generation when disgruntled workplace killer after killer after killer is black. And the silence is only a part of the hypocrisy. If, indeed, ideology and “reckless” words influence mass killings, it’s odd that leftists actually go out of their way to promote content that seems calculated to play into the “everyone’s out to get me” worldview of black workplace murderers.

Bill, Hillary, Bernie, Elizabeth, and especially Barack and Michelle all blame black workplace failure on white racism. No one should be surprised if after years of this, susceptible black workingmen occasionally explode.

Trump continues to be slammed for not “denouncing” white supremacy, no matter how many times he actually has. Can’t at least one “black leader” issue one tiny statement about how blacks should maybe not kill their bosses and co-workers after getting fired?

Is that too much to ask?