JOHN DERBYSHIRE: Crisis #1 For Biden—Double Jeopardy System For Badwhites Will Get Officer Derek Chauvin. But First There May Be Blood

The incoming new administration will, with high probability, face three major crises in the next year or so. China will probably invade Taiwan. The stock market bubble will burst and the economy will contract at exactly the time that the Democrats, seeking to Elect A New People and subjugate the Historic American Nation, open the borders and amnesty 20–30 million illegal aliens. 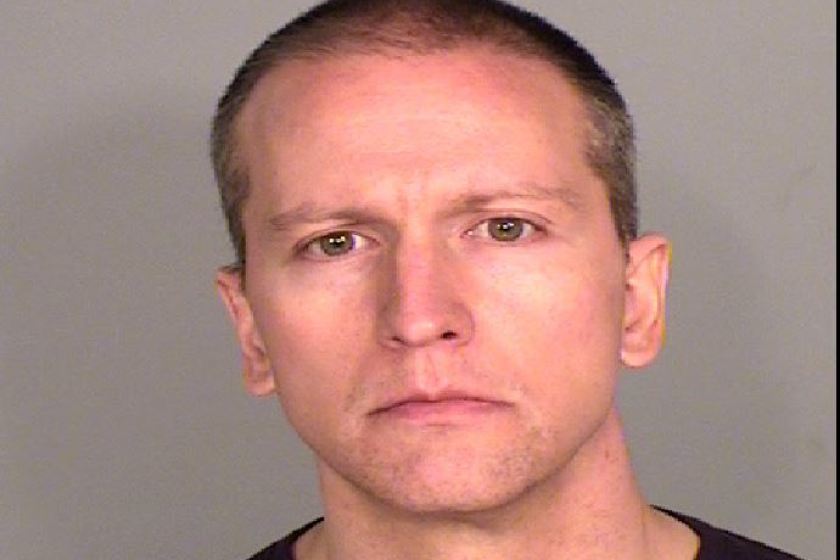 And then there’s the Derek Chauvin trial.

Chauvin, you'll recall, is the former Minneapolis Police Officer charged with second-degree murder, third-degree murder and second-degree manslaughter in the death of George Floyd last May. Jury selection for Chauvin's trial begins March 8th, so this is pretty immediate.

Three other police officers who were present at the scene when Officer Chauvin succeeded in restraining Floyd have been charged with lesser offences of the aiding-and-abetting sort:

[Minneapolis Judge Peter] Cahill [Above left] previously ruled in November that it was in the best interest of justice that all four cops be tried together, saying this would allow the jury to have "all of the evidence and the complete picture of Floyd's death." But the persisting realities of COVID-19 seem to have changed his mind.

[Derek Chauvin to Stand Trial Separately From Other Cops Charged in George Floyd’s Death, by Ishena Robinson, The Root, January 14, 2021]

There follows some stuff about the physical limitations of the largest courtroom in the justice center. It's not big enough for all the lawyers and supporting staff needed when trying four defendants, without violating COVID-19 restrictions.

Given the stakes here, you have to suspect skullduggery.

The stakes for Judge Cahill are, that if you glance over his left shoulder you see the sinister figure of Keith Ellison, Minnesota's white-hating black Muslim Bernie-bro Attorney General, who is determined to get Chauvin put away for 400 years.

Allowing the jury to have "all of the evidence and the complete picture of Floyd's death" might get in the way of that. If all of the evidence says that Floyd died of a massive drug overdose only indirectly related—perhaps not related at all—to Officer Chauvin's having used a commonplace method of restraint on him [Neck Hold Used By Minneapolis Officer Was Approved By Department Policy, LawOfficer.com, May 29, 2020], and if one or two intelligent citizens slipped through the jury-selection process, the prosecution's case could be in trouble.

The stakes for the rest of us: an acquittal of Officer Chauvin would mean another round of mayhem like the one we saw last year—public buildings defaced and torched by anarchist mobs, highways closed, random citizens beaten and killed, private businesses looted, while Biden and his crew blame it all on "white supremacists," Kamala Harris starts a GoFundMe account to bail out the rioters and looters, and big corporations donate another ten billion dollars to Black Lives Matter. 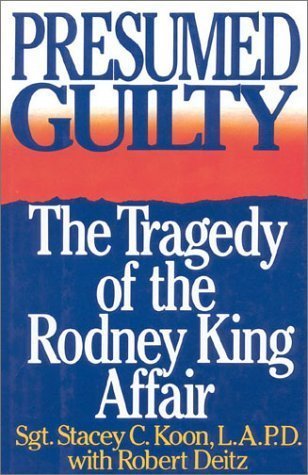 Remember the Rodney King riots in 1992? They started because the police officers who arrested King and beat him when he resisted, were acquitted at state trial.

King didn't even die, although he got a broken leg and some nasty bruises.

Plus, America was a lot more sane in 1992 than it is today. That was before Satan rose from the Underworld to gift us with the internet, smartphones, and social media. The rioters back then were mostly black and disorganized: anarchist Goodwhite mobs were not yet a thing.

Exactly the same thing happened to South Charleston cop Michael Slager, whose state trial ended in a hung jury but who was apparently tricked into pleading guilty to federal “civil rights” charges and hit with a 20-year sentence.

There is no doubt that Derek Chauvin, if acquitted in state court—likely even if convicted, as was the case with James Fields—will face the same double jeopardy.

We have just this week been learning about Joe Biden's nominee to head the Justice Department's Civil Rights Division: a lady of color whose pineal gland pumps out melanin at a rate that puts us dull, un-spiritual white people in the shade … so to speak.

With Ms. Melanin in charge of the nation's civil rights, Officer Chauvin's going to have many, many decades to regret he didn't take the fast way out while he still had his service revolver.

When the System wants to get you, it'll get you. It'll get Derek Chauvin, one way or another.

Until it has, though, there may be some more blood shed in America's streets.