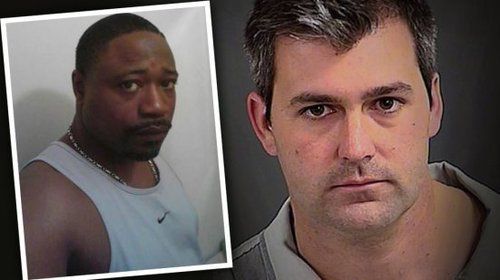 A reader just sent me the bad news, remarking, “Not a great day for ‘justice.’”

A federal court has denied an appeal that would have overturned the 20-year prison sentence of Michael Slager, a former North Charleston police officer who in 2017 was found guilty of a civil rights violation in the shooting death of Walter Scott, an unarmed black motorist.

The order was issued Tuesday by the U.S. Court of Appeals for the Fourth District.

During Slager's federal trial in downtown Charleston, prosecutors with the Department of Justice argued that the former cop acted with malice when he shot Scott, who was running away from Slager as he was shot five times.

That distinction was important in establishing the underlying basis for the civil rights violation: second-degree murder….

‘Defendant [Slager] cannot negate his malice through “sudden quarrel or heat of passion” when he previously testified he was neither “provoked” nor “angry,”’ the judges wrote Tuesday, establishing a difference between malice and voluntary manslaughter, which Slager's team is now claiming.

The appeals court also upheld the testimony of Feidin Santana, a bystander who filmed the shooting on his cell phone…

Slager’s defense, based on the law, should have been that Scott was a fleeing prisoner. According to the law, policemen have the right to use deadly force against fleeing prisoners. However, the law has been “sociologically” nullified by the media, judges, and law schools, such that a defense attorney must now come up with euphemistic, disingenuous defenses that are weak, to begin with, and which lead to contradictions.

This ruling is so many kinds of crazy and unjust that it’s hard to know where to begin.

Slager wasn’t even charged federally with Murder Two; he was charged with the political crime of “civil rights” violations. He was charged on the state level with Murder, but the case was so weak that the black jury foreman (sole black member) kept the jury from even voting on Murder, and instead had them vote on Voluntary Manslaughter (which the black judge had offered the jury at the last minute as an alternative, to save the prosecution), for which Slager had never been charged, and on which the jury hung.

If that all sounds loopy, it’s because it is.

Thus, Slager was implicitly acquitted of the charge of Murder at the state level, and when the federal judge says that Slager’s civil rights violation translates to Murder Two, it just completely removes the mask that federal prosecutors and judges typically use to hide unconstitutional double jeopardy.

The Framers knew that without a ban on double jeopardy (in whatever deliberate disguises), zealous prosecutors would charge someone they wanted to imprison or hang again and again, until they won. Look for a new VDARE report on this case soon.