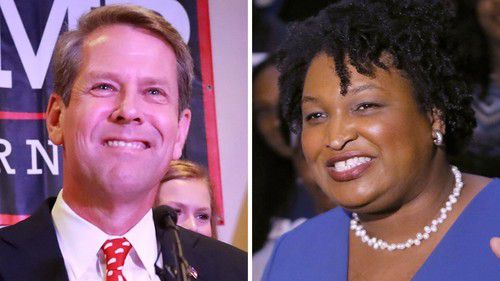 Red, Blue, and (Ultimately) White: What I Found When Canvassing For Brian Kemp In Atlanta

See earlier by James Kirkpatrick: DeSantis Blowing It In Florida—Hapless GOP Not Adjusting To Race-Based Politics 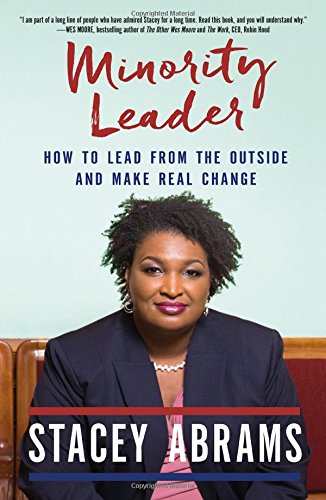 The two most important elections this cycle are the gubernatorial races in Georgia and Florida. Both feature what will almost certainly be the future of American politics everywhere: a black socialist versus a white populist. Both elections are tight. In Florida, the black socialist (Andrew Gillum) has a modest lead over his white populist opponent (Ron DeSantis)—the Real Clear Politics poll average puts the lead at 4.4 percent. In Georgia, the white populist, Brian Kemp, has a modest lead over his black socialist opponent, Stacey Abrams—the Real Clear Politics polls average puts the lead at 2.0 percent. As usual, the Left understands the racial dynamics [The Fearless Rise of the Black Southern Progressive by Bob Moser, The New Republic, October 10, 2018], while the clueless GOP/GAP insists upon feigning “colorblindness” and quacking about the economy. As a canvasser for Kemp in the Atlanta area, I’ve seen the results. They’re food for thought.

I do believe the polls are right and that Kemp will win, albeit narrowly. The reactions I have been getting are largely positive, and I have encountered many people who have voted early—which is always a good sign.

While there are certainly more Abrams than Kemp lawn signs out there, this is a very deceptive indicator. Republicans are always less likely to show their support for a candidate to strangers because of their understandable fear of vandalism, or even physical violence. Democrats do not have this problem. This is America in 2018.

Still, Kemp’s edge is not big enough for me to feel totally confident.

One anecdote: On Sunday I was knocking on doors in a ritzy northern suburb, and a black private security officer informed me that I was in a de facto gated community (there were no literal gates), where no soliciting of any kind was allowed. I smiled and lied that I would stop and go somewhere else.

Later, I spoke with a woman resident who told me that although she and her husband did both support Kemp, what I was doing was illegal   as the whole neighborhood had a “no soliciting” policy, and she would be forced to call the police on me if she saw me knocking on any other doors. I smiled and lied that I had not known any of this and would be heading home immediately.

Trusting she would be too lazy to actually look up and down the street to see where I headed next, I knocked on her neighbor’s door. No swarm of private police arrived, and I finished canvassing the neighborhood with no further issues.

I would like to state, however: if you live in a gated community and are threatening legal action against canvassers for law and order and anti-immigration candidates, YOU ARE A HYPOCRITE. Supporting immigration patriot and anti-crime candidates is the only resource people too poor to live in gated communities have to achieve the same end as gated communities: keep the violent rising tide of color at bay.

Inhabitants of gated communities should also remember that if anti-white socialists come to power, they will make private security measures much more difficult, through action like gun control, banning property defense measures such as bulletproof material, or just outright land confiscation. Readers of VDARE.com who live in gated communities—keep this in mind!

(While on the topic of canvassers: if a friendly one comes to your door, please offer them some water and ask if they would like to use your bathroom. If an unfriendly canvasser arrives, do not be rude—just try and talk with them for as long as possible. The more time of theirs you waste, the fewer doors they reach!)

Overall, the issue that jumps out at me as I canvass: the need to find a way for the cultural alcoves of “Blue America” and “Red America” to come together in defense of their shared whiteness.

Both camps stand to lose a lot under any kind of anti-white Marxian regime. For example, Communist and Islamic governments treat both Christianity and homosexuals with great contempt, to say the least. Mass Hispanic and/or Muslim immigration and rampant black crime threaten both Blue America’s quiet neighborhoods, filled with overpriced coffee shops and artisanal trinket shops, and Red America’s bucolic swathes of rural farmland.

Put another way: Vermont and Wyoming would suffer equally if flooded with, say, 70,000 Syrians, 50,000 Nicaraguans, and 60,000 Nigerians in the span of a few years. An overpopulated America of Third Worlders will see the quality of public parks ruined right along with its public schools. White Americans of all walks of life, like it or not, are in this demographic fight together.

This is born in on me as I canvass. Many “moderate” Republicans and Independents express to me their dismay over Brian Kemp’s campaign ads, which are essentially a caricature of a Tea Party ad you might see on a late-night liberal talk show.

If you don’t have 30 seconds to watch “Brian Kemp's Badass Georgia Governor Campaign Ad” below, let it be said that Kemp poses with a shotgun, a chainsaw, and a pickup truck, as well as one shot with an explosion in the background that represents him nuking excess spending.

The majority of people who talk to me about this are voting for Kemp anyway, which is I why I suspect he will win.

But not all of them. The economic populism with which President Trump has injected the GOP, and his habit of avoiding talking much about gays and abortion, is a good start to bridging the Blue-Red white divide. The harsh politics of economic austerity are not exactly a winning issue. But long-term, Trump's solution is not enough.

In the decades to come, as the white share of the population continues to dwindle, it will become more and more necessary for whites to vote as a block. This will necessitate candidates who walk a fine line on a number of cultural and economic issues while standing firm on everything racial: immigration, crime, Affirmative Action, Section Eight housing,  etc. That will mean substantially moderating GOP positions on environmental questions, economic regulations, homosexual issues, and diehard “small government is always best” rhetoric.

Because, although Brian Kemp is likely to win this year’s Georgia gubernatorial race, he would not be able to in twenty years—unless America’s post-1965 immigration disaster is abruptly ended.

Someone who might, though, would be a white candidate, who although as anti-immigrant and anti-crime as Kemp, attracted centrist whites and unmarried women (the white race’s foremost traitors) through policies favoring student loan forgiveness, expanded public transit, and more money for environmental preservation efforts.

To one extent or another, white America will have to find candidates like that, or be pushed aside.

Nathan Doyle is a Middle American Radical and occasional polemicist. See his earlier post on this race: The Canvasser’s Tale: Kavanaugh May Be Helping GOP.