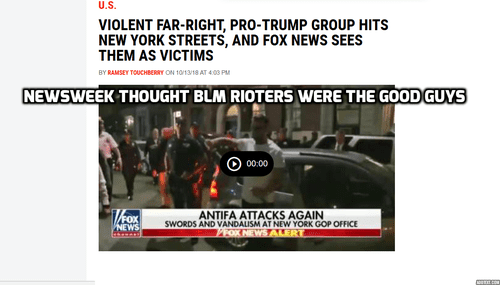 Jared Taylor On The Proud Boys and Antifa: Selective Outrage And Selective Prosecution

There is a disturbing trend in government action on political violence. Earlier this month, the FBI arrested members of the right-wing Rise Above Movement, calling them “serial rioters.” Their violence, however, was exclusively directed against antifa, with whom they tangled on several occasions. The arrests came after an extended investigation of Rise Above; we see no signs of a similar investigation of antifa.

“Riots” of this kind always follow the same pattern: white advocates or even just Trump-supporters hold a meeting. Antifa attack, with the express intention of shutting down the meeting. Young men attending the meeting defend themselves and there is a brawl. The media blame the organizers—not antifa—and run headlines like “Violent, Far-Right, Pro-Trump Group Hits New York Streets.” I have yet to see a single mainstream article that recognizes this pattern or that has noticed that “far-right” groups never try to disrupt leftist meetings.

The latest version of this dirty business has been the fallout from a talk by Gavin McInnes, founder of the Proud Boys, at the New York Metropolitan Republican Club on October 12.

Antifa were lying in wait, there was violence, and the proud boys were blamed. According to latest reports, five Proud Boys and three antifa have been arrested, but New York Governor Andrew Cuomo wants a state police investigation and hate crimes charges against the Proud Boys. More Proud Boys are likely to be arrested, but there seems to be no manhunt for more antifa.

Scene from the October 12 brawl.

New York City Comptroller Scott Stringer condemned “this weekend’s abhorrent & hateful Proud Boys attack in the Upper East Side.” New York City Public advocate Letitia James, who is black, took the prize for the most lefty curse-words. She was “disgusted by the videos I’ve seen of members of the neo-fascist, white supremacist Proud Boys group engaging in hate-fueled mob violence on the streets of New York City.”

The Proud Boys are explicitly not racial and have non-white members, but once the SPLC calls you a “hate group,” it is license to ignore all inconvenient facts. But even more astonishing is what appears to be official silence about antifa. Do these public servants think it’s fine for masked attackers to try to shut down peaceful meetings?

American Renaissance has always condemned violence, but legitimate self-defense is recognized in every American code of law. If the Proud Boys are attacked, they will not stand with arms folded. Did some of them go beyond self-defense? Were some hoping for a dust up with antifa? Maybe. If they are guilty of assault, they will pay the price.

John Derbyshire has written insightfully on this disturbing trend, and we reproduce the following commentary, with permission, from VDARE.com: 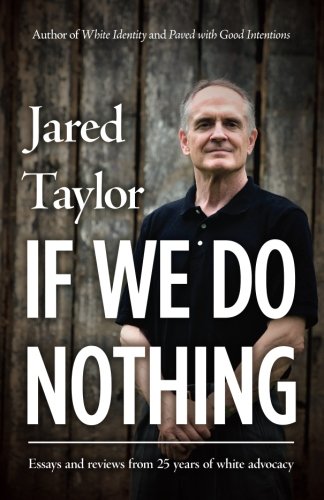 Jared Taylor [Email him] is editor of American Renaissance  and the author of Paved With Good Intentions: The Failure of Race Relations in Contemporary America. (For Peter Brimelow’s review, click here.) His most recent book is If We Do Nothing: Essays And Reviews From 25 Years Of White Advocacy.