Adapted from the September 22 Radio Derb, available exclusively on VDARE.com 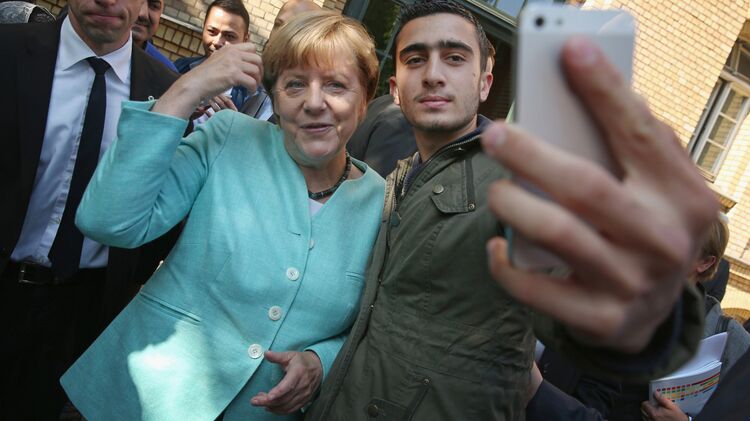 The Germans have a word for it: "homonationalism"—polls suggest support among homosexuals for the immigration-patriot AfD party is higher than among Germans at large, basically because of gay-bashing by Merkel-imported Muslim “refugees.” [The gay men turning to the far right in Germany, By Atika Shubert, Nadine Schmidt and Judith Vonberg, CNN, September 14, 2017] We’ll see: There's a federal election coming up in Germany tomorrow, Sunday September 24th.  Meanwhile, here's a guy who won't be signing on to homonationalism any time soon: Roy Moore, former Chief Justice of Alabama, and a candidate for election Tuesday September 26 in that state. Whatever else you can say about Moore, he is an American original. I hope he does well.

Tuesday's election is a Republican Party primary. You'll recall that U.S. Attorney General Jeff Sessions was junior senator from Alabama until being plucked from that position to be Trump's A-G in February this year. That left an empty seat in the Senate, so Alabama's then-Governor appointed his state A-G, Luther Strange, to fill the seat.

Jeff Sessions' Senate term ran to January 2021, though. Four years is a long time for Mr. Strange to sit in the Senate without having been elected, so there'll be an election for this Senate seat December 12th.

So far, so good: a special election for this Senate seat in December, so the parties need candidates to run in that election, one Democrat and one Republican. 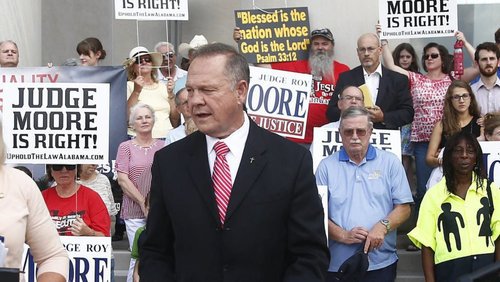 There were primaries last month to decide the candidates. A chap named Doug Jones, a bland center-Left type, won the Democrat primary. For the Republicans, there's to be a runoff between two guys: that's the election next Tuesday, a runoff primary to decide the GOP candidate.

Luther Strange, the current Senator, is of course one of the candidates. The other is the aforementioned Roy Moore, the one I started off by saying will never be described as a homonationalist. 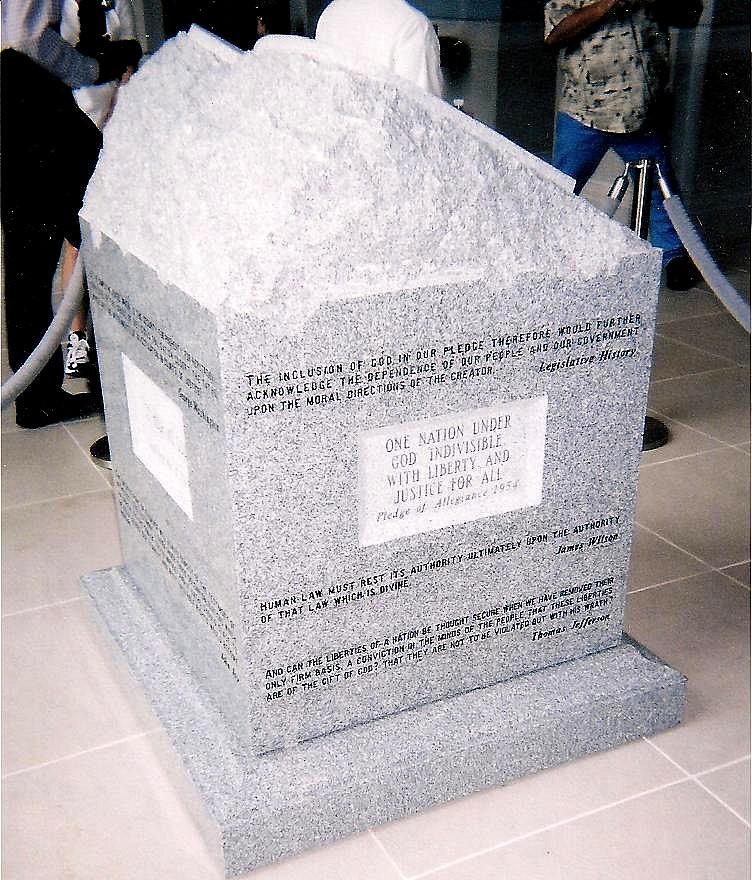 Moore is a piece of work, a little bit of Americana. His moment of fame—his aristeia, the Greeks would have said—came in November 2003, when he was Chief Justice of the Alabama state Supreme Court. He had installed a massive granite monument inscribed with the Ten Commandments in the state judicial building in Montgomery. A federal judge ordered him to remove it. Moore refused, and was himself removed from office.

Moore got himself elected back to the Supreme Court, then got himself suspended last year for obstructing issuance of licenses for homosexual marriages, which he hotly opposes. April this year he resigned from the court to run in this primary.

In the first round of primary voting, last month, Moore beat Strange by 39 percent to 33. If he beats him in the runoff this week he'll be the Republican candidate against Democrat Doug Jones, and likely the next Senator—Alabama is strong for the GOP.

Roy Moore concedes nothing to Political Correctness. He is, as I said, a gem of pure Americana. They don't make his type anywhere else. Intensely Christian and a Bible literalist, he thinks that evolution is nonsense, homosexual behavior should be illegal, and Islam is a false religion not protected by the First Amendment.

I don't myself agree with him on any of those points. But—speaking personally, VDARE.com does not endorse candidates—I hope he wins Tuesday's primary none the less. He may not be a homo-nationalist, but he's definitely a nationalist—a heteronationalist? —American all the way through. If there isn't room in the U.S. Senate for a few eccentrics like Moore, I don't see the point of the place.

Moore has some big names on his side, who I presume feel the same way I do: Steve Bannon, former chief Strategist to Donald Trump, and Sarah Palin, John McCain's VP candidate in 2008.

Luther Strange, his opponent on Tuesday, is very much the GOP Establishment candidate. He has the backing of Senate Majority Leader Mitch McConnell; you can't get more Establishment than that. As a person who would like to see the entire GOP Establishment roasting slowly in Hell, this only fortifies my support for Roy Moore. 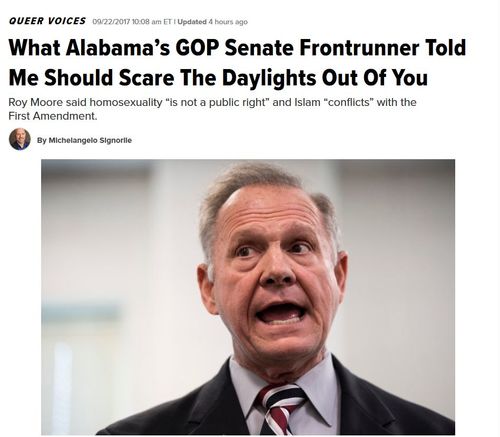 My support was further fortified by a hit piece on Moore in Yahoo News today, written by homosexual supremacist Michelangelo Signorile [Tweet him] who is to homosexuals what Ta-nehisi Coates is to blacks.

If elected, this guy [i.e. Roy Moore] will be the kookiest, most dangerous man to serve in the U.S. Senate in many years, not to mention that he'd consistently cause embarrassing media spectacles, as if we don't have enough of that.[What Alabama's GOP Senate Frontrunner Told Me Should Scare The Daylights Out Of You, Michelangelo Signorile, HuffPost, September 22, 20]

Hey: embarrassing media spectacles are my bread and butter—what, you think I want to write about bland elections like Germany’s all day long? —and I can't see that wanting the U.S.A. to be a Christian nation is any kookier than buggering other men and writing about it at endless length.

To be perfectly frank, it strikes me as less kooky.

Sad to report, President Trump has been persuaded to throw his own support behind Luther Strange, apparently believing, or having been persuaded, that the GOP doesn't have enough Chambers of Commerce cheap-labor front men, Mitch McConnell / Paul Ryan clones in Congress, jogging along a year or two behind the Progressive agenda.

I disagree, and I hope the Republican primary voters of Alabama vote for Roy Moore on Tuesday.

Let's get an American original in the Senate—not just another globalist drone.