Narrative Collapse In Bathroom Rape By Hispanic Teens? Not Really

Various organs of the left are claiming Narrative Collapse in a case of rape mentioned by the Trump White House in trying to explain to the press and the public the danger of immigrants, For example, internet hate forum Salon.com has Maryland prosecutors drop charges against immigrant teens in school rape case | The Trump administration and right-wing media used the case to justify hardline immigration policies, by Taylor Link , May 6, 2017.

Here's what the black nationalist website The Root has to say:

Rape Charges Dropped Against Hispanic Teens Trump White House Used to Justify the BS, by Angela Helm, May 6, 2017. In what surely has to be a disappointment for a White House that used this case to dubious and distasteful political advantage, prosecutors have dropped charges against two Hispanic teens accused of raping a girl in a Maryland high school bathroom. At least one of the teens was an “illegal” immigrant, who handily fit the bill of the “Mexican rapists” that Trump promised to keep out of our country during his presidential campaign. White House spokesperson Sean Spicer said in March that this case showed why President Trump’s crackdown on illegal immigration was integral to the safety of this country where rape ostensibly doesn’t happen by boys home grown. “Part of the reason that the president has made illegal immigration and crackdown such a big deal is because of tragedies like this,” Spicer said. “Immigration takes its toll on our people if it is not done legally.” And yet, on Friday, Montgomery County State’s Attorney John McCarthy said the charges against 18-year-old Henry E. Sanchez-Milian of Guatemala, and 17-year-old Jose O. Montano of El Salvador, were being dropped after a “painstaking investigation.” The prosecution determined that a 14-year-old female student at Rockville High School, who claimed the two teens took turns raping her, didn’t pass muster. Lawyers for the teens pointed to explicit text messages sent by the girl, and a graphic video she sent to Montano, who then shared it with Sanchez-Milian. Their attorneys said she consented to the sex acts in the bathroom. [More] 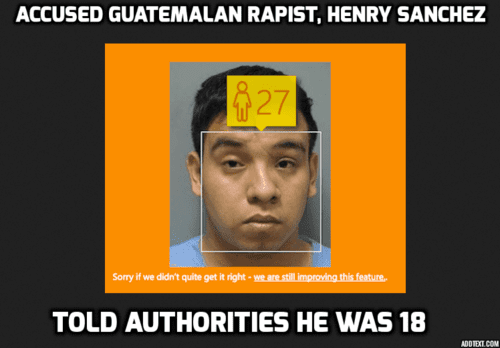 Well, I don't know that I'm much cheered up about immigration that brings in 17 and 18 year-old Hispanics who are having consensual sex with a 14-year old girl in a high school   bathroom. The 18-year old could probably still be charged under Maryland law with a 4th Degree Sexual Offense—not as serious as statutory rape because of the closeness in age, but still good for a year in jail.The true ages of "undocumented" immigrants are, of course, questionable—some quite old illegals have wormed their way into public schools. Brenda Walker did a post about the 18-year old titled  Microsoft Age Recognition Software Puts High School Rapist’s Age at 27. If he's over 21, sex with a 14-year old girl would be a 3rd Degree Sexual Offense—up to 10 years in jail.

They're also being charged with child pornography because of videos of the encounter.

And of course, it's not Trump or Sean Spicer's fault that the "victim" (who may also be a Hispanic immigrant) apparently lied—at the time Spicer referred to it, the two alleged rapists were in custody. [White House: Md. school rape underscores Trump’s compassion for victims of illegal immigrant crimes, By S.A. Miller,Washington Times,  March 21, 2017]

But the Left/MSM hypocrisy about rape by Mexicans and Central Americans is still breathtaking—note that, with rape charges dropped by prosecutors, they're being called "Hispanic teens" by The Root, and and "immigrant teens" by Salon, whereas if they were guilty, they'd be called "Maryland Teens". 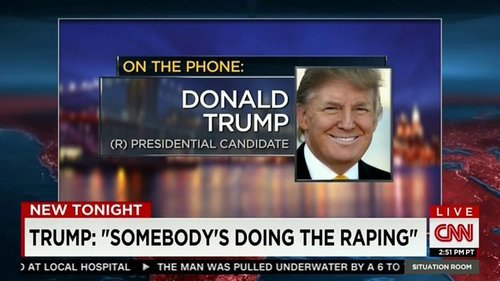 Remember, Mexico is a much more rape-y country than the US. There's a reason that we use the Spanish word machismo to signify brutality towards women, and both official and unofficial attitudes towards rape in Mexico are very retrograde. For example, the age of consent in Mexico is 12,  and statutory rape by Mexicans in America is common.

Mexico's rape problem is horrible. In 2003, Mary Jordan of the Washington Post  won the Pulitzer for her horrifyingly detailed story of the culture of rape in Mexico and how rarely it's punished.  [In Mexico, an Unpunished Crime, By Mary Jordan, Washington Post, July 30, 2002]