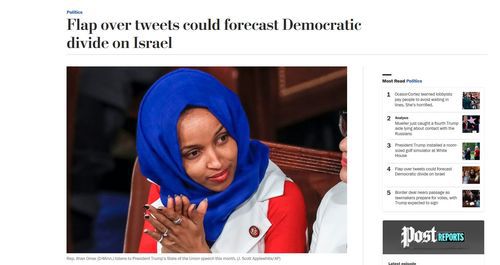 Patrick J. Buchanan: Will Diversity Be the Death of the Democrats?

Both of America's great national parties are coalitions.

But it is the Democratic Party that never ceases to celebrate diversity—racial, religious, ethnic, cultural—as its own and as America's "greatest strength."

Understandably so, for the party is home to a multitude of minorities.

It is the domain of the LGBTQ movement. In presidential elections, Democrats win 70 percent of Hispanics, Jews and Asian-Americans, and 90 percent of African-Americans.

Yet, lately, the party seems to be careening into a virtual war of all against all.

Northam imitated Michael Jackson's "moonwalk" in a 1984 dance contest. Herring, in 1980 at the University of Virginia, did a blackface impression of rap icon Kurtis Blow, who called it ugly and degrading.

The resignations of both have been demanded by Virginia's black leadership. Northam and Herring, however, are defying the demands.

Meanwhile, Lt. Gov. Justin Fairfax, only the second black ever to win statewide office, has been charged by two women with rape. And the demands for his resignation are growing louder and most insistent.

Yet if Fairfax is forced out, while the white governor and white attorney general get a pass, black leaders warn, all hell is going to bust loose.

The Democratic Party of Virginia was already convulsed over all the monuments, statues, schools, parks, highways and streets that bear the names of slave owners, Confederate soldiers and 19th- and 20th-century segregationists.

Across the Potomac, Ilhan Omar, the first ever Somali-American to serve in Congress, and a Muslim, ignited a firestorm last week when she gave this as the reason Congress faithfully votes the AIPAC line on Israel: "It's all about the Benjamins, baby."

The reference is to $100 bills, on which Ben Franklin's face appears. The line is a rap lyric from a 1997 song by Puff Daddy.

Omar was saying Congress has been bought.

The House Democratic leadership demanded and got an apology from Omar for her use of an "anti-Semitic trope."

But Omar now his company in the House. Palestinian-American Rep. Rashida Tlaib, also a Muslim, shares and airs her views on Israel.

The problem for Democrats?

These provocateurs are magnets for media. They speak for a rising minority in the party that regards Israel as an apartheid state that oppresses Palestinians. And they find an echo among millennials on the party's socialist left.

As Thursday's Washington Post headlined, this Omar flap "could forecast a Democratic divide on Israel."

Indeed, it may have already done so.

When Senate Republicans proposed legislation to allow states to refuse to hire individuals or contractors who support the BDS movement to boycott Israel, Senators Kamala Harris, Cory Booker, Elizabeth Warren and Bernie Sanders all voted no.

The four say they are supporting freedom of speech to condemn Israeli policy. But to others it looks like a progressive Democratic blessing for those urging that Israel be treated the same way Ian Smith's Rhodesia and apartheid South Africa were treated.

Within the Democratic coalition, Asian-Americans are now in conflict with blacks and Hispanics over admission policies at elite schools and universities.

Asian-Americans are "overrepresented" where students are admitted based on test scores or entrance exams. Black and Hispanic leaders are demanding that student bodies, regardless of test scores, look like the community. And if this requires affirmative action based upon race and ethnicity, so be it.

The LBGTQ community is now in court demanding all the rights and protections of the civil rights laws of the '60s. This will bring gay groups into constant collisions with religious communities that adhere to traditional moral views on homosexuality.

The minorities of color in the Democratic coalition are growing, as the base of the GOP is aging and shrinking. But these minorities are also becoming more rivalrous, competitive and demanding. And the further they move left, they more they move outside the American mainstream.

The pledge of allegiance this writer recited every day of school, reads: "I pledge allegiance to the flag of the United States of America, and to the republic for which it stands, one nation under God, indivisible, with liberty and justice for all."

Today, the antifa left desecrates the flag, as liberals praise NFL players who "take a knee" during the national anthem. Militant migrants march under Mexican flags to protest border security policies. The "republic" has been by "our democracy."

We are no longer "one nation ... indivisible" We have almost ceased talking to one another. As for "under God," added in 1954, Democrats at their Charlotte Convention sought to have God excised from the party platform.

"Liberty" has been supplanted by diversity, "justice" by equality.

But as Revolutionary France, Stalin's USSR, Mao's China, Castro's Cuba and Hugo Chavez's Venezuela proved, regimes that promise utopian and egalitarian societies inevitably reveal themselves to be undertakers of freedom, America's cause.