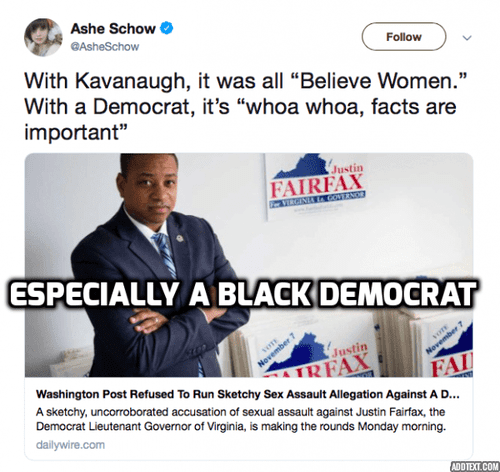 Ralph Northham's Black Lt. Governor (Who Would Have Replaced Him) Hit With #MeToo Sexual Assault Claim That WaPo Kept Secret

In my post about Ralph Northam's possible resignation based on (proven) allegations of being a white male, I said

If he does resign from office, he'll be replaced by this guy, Lieutenant-Governor Justin Fairfax:

Lt. Governor Fairfax has just been hit with a #MeeToo style allegation. In 2004, Fairfax was a John Kerry staffer, and is alleged by a black female professor to have assaulted her at the DNC convention that year.

Big League Politics has the scoop: 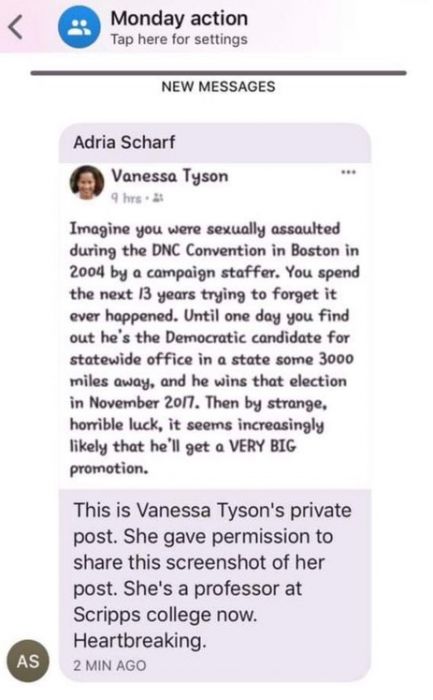 The "very big promotion" she's talking about is the possibility that white Governor Northam would have stepped down, as he was asked to do by the Great and Good in the Democratic Party and given Virginia a genuine black Governor, not just some guy who painted himself tan for a Michael Jackson contest.

The Washington Post knew about this accusation for months, in the heat of the #MeToo frenzy, spoke to Fairfax privately, accepted his denials, and didn't run the story:

With Kavanaugh, it was all “Believe Women.” With a Democrat, it’s “whoa whoa, facts are important”https://t.co/UOscVe0Kkh

The Post might have run #MeToo accusations against a white Democrat, or a black Republican, but a black Democrat? Never!

Update: It’s not entirely fair to say Northam is lying, below, but the Washington Post has confirmed that they don’t consider the uncorroborated word of a black woman who says she’s been attacked as evidence...when the accused is a black Democrat.