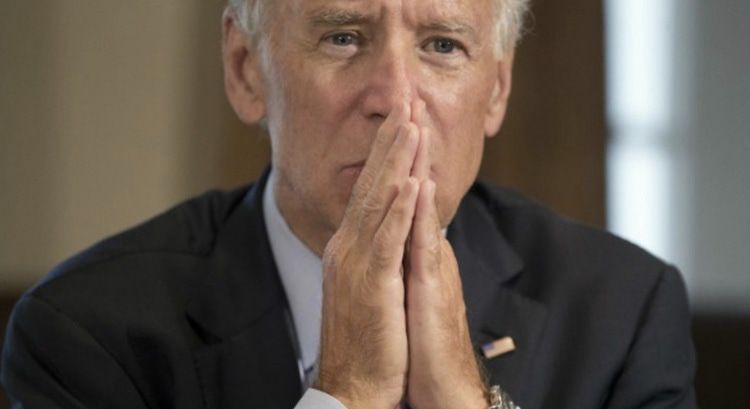 In his opening statement at Wednesday's Democratic debate in Detroit, Joe Biden addressed Donald Trump while pointing proudly to the racial and ethnic diversity of the nine Democrats standing beside him.

"Mr. President, this is America and we are strong and great because of this diversity, not in spite of it. ... We love it. We are here to stay. And we certainly are not going to leave it to you."

Whereupon the other nine — three women, two African Americans, one Asian American and one Hispanic — began a multicultural mugging of Biden that at times took on the aspect of a flash mob.

Said the Washington Post, Biden "faced relentless attacks on his decades-long Senate record on race and criminal justice, immigration and health care, and his commitment to women's rights."

The 1994 crime bill, of which Sen. Biden was once proud and which cut U.S. crime rates for decades, was trashed as a reactionary and racist measure that led to the imprisonment of countless thousands of black Americans who were guilty only of minor drug offenses.

Biden's Senate friendships with segregationists and opposition to busing to integrate the public schools came in for yet another hiding by Sen. Kamala Harris.

His support of President Barack Obama's border policies that led to the deportation of hundreds of thousands seeking asylum and entry into the country was denounced as heartless.

Did he never object in the Obama Cabinet meetings to what was happening to these unfortunates being turned back, Biden was asked?

For two hours, when the Democratic candidates were not attacking each other, they were piling on Joe.

Kirsten Gillibrand, a self-described "white woman of privilege," attacked him for a long-ago op-ed that warned that women who enter the workforce imperil the family.

He was attacked anew by Harris for having supported the Hyde Amendment that denies federal funding for abortions.

On and on it went. Biden's support of NAFTA was attacked as was his vote for the war in Iraq. He was made to recant his support of the Trans-Pacific Partnership trade deal he helped to forge. The TPP was once seen by U.S. elites as uniting the democracies of Asia and the Americas to counter the Chinese drive for trade hegemony.

"Everybody's talking about how terrible I am on these issues," wailed Biden. He fought back gamely. But he also stammered, mumbled, misspoke and some of his answers seemed to be canned rebuttals.

Biden eased some fears that he has lost more than a step as a presidential candidate. Yet this is not the same Joe who bested Mitt Romney's vice presidential nominee, Paul Ryan, in 2012.

In closing Biden misidentified his website, "If you agree with me, go to Joe 3 0 3 3 0 and help me in this fight."

In a city that was stunned by the halting public testimony of Robert Mueller, Biden's debate performances raise a valid question: Can the Joe Biden we saw in the two debates be an articulate and energetic leader and president until January 2025, five and a half years from now?

While every candidate scored points Wednesday night, much of the scoring was done at the expense of other Democrats on stage. The GOP has a new library of videos of Democratic fratricide, and sororicide.

Bottom line of the July Democratic debates: It seems astonishing how far the Democratic Party's center of gravity has moved to the left.

Today, much of the career record of Joe Biden — his opposition to busing, his credentials as tough-on-crime, his support for NAFTA, his backing of the Iraq War, his career-long support of the Hyde Amendment — is seen not as a record to be proud of, but a record to be ashamed of, and a record to apologize for.

How do progressives, many of whom regard Biden's career as an embarrassment, embrace him as their leader and agent of progressive change if he wins the nomination?

Biden today seems to be the kind of candidate, like Congressman Joe Crowley of Queens whom Alexandria Ocasio-Cortez ousted in a primary in 2018, that progressives want desperately to be done with.

After the July debates, Bernie Sanders and Elizabeth Warren sit in the second and third positions, with one of the two the almost certain beneficiary of a Biden fade.

Yet, if the Democratic Party nominates either—both are committed to a sweeping restructure of society and the economy—are the American people ready to buy into a radical or outright socialist agenda?

Are Americans looking for an alternative to Trump who will abolish private health insurance, embrace open borders and reparations for slavery, extend the ballot to felons in prison, add half a dozen justices to the Supreme Court and vote for free college tuition and forgiveness of student loans?

Where is the evidence of that?