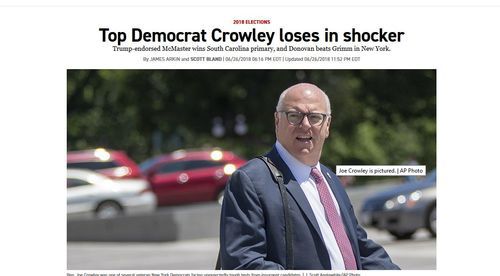 A Reader Writes On Congressman Joe Crowley, A "White Guy" Who Lost His Job To A Minority

Re: Steve Sailer’s blog item  Loser Joe Crowley: “I Can’t Help That I Was Born White” 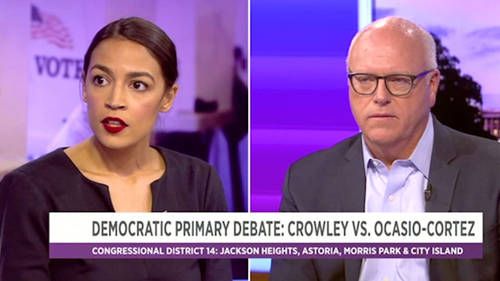 Tonight Steven Solarz’s ghost is haunting white Democrats as Marley haunted Scrooge with a dire warning of things to come. POLITICO is reporting that Cong. Joe Crowley, the future Democratic speaker, lost  his seat to Alexandria Ocasio-Cortez in the Democratic primary.

"Ocasio-Cortez had 58 percent of the Democratic primary vote to 42 percent for Crowley when the Associated Press called the race with 85 percent of precincts reporting. Ocasio-Cortez, 28, challenged Crowley on ideological and racial grounds, arguing that the 10-term congressman was not in step with his majority-minority district and was too cozy with corporate donors.”

As I have been saying (see my previous letter here) when the Latinos decide they want “one of their own” white Democrats will begin to fall. Cong. Solarz found that out when his district shifted from Jewish to Puerto Rican and the locals, although liking his record, wanted “their own kind”—Nydia Velazquez. It looks like the grim reaper of demographic destiny is chopping old Democrats away.