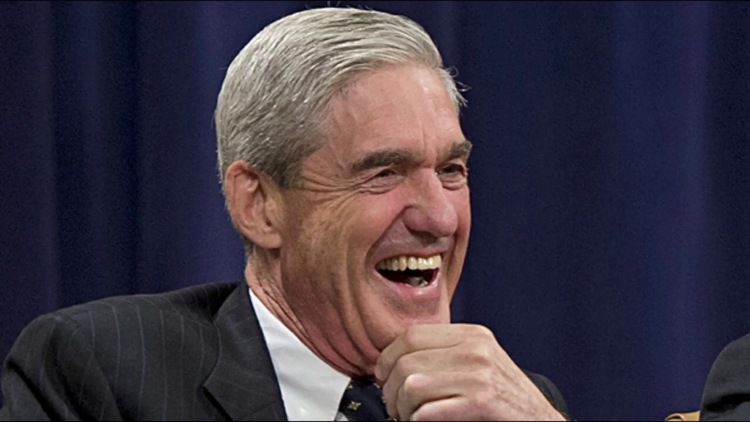 Patrick J. Buchanan: After Mueller Debacle, Where Do Democrats Go?

The Democrats who were looking to cast Robert Mueller as the star in a TV special, "The Impeachment of Donald Trump," can probably tear up the script. They're gonna be needing a new one.

For six hours Wednesday, as three cable news networks and ABC, CBS and NBC all carried live the hearings of the House Judiciary and Intelligence Committees, the Mueller report was thoroughly trashed.

The special counsel stood by his findings. His investigation was not a "hoax" or "witch hunt," he said. He admitted that he had found no Trump-Russia conspiracy. He denied he exonerated Trump of obstruction of justice.

All this we knew, and all of it we have heard for months.

What was new, what was dramatic, what was compelling was how the House Republicans arrived with their war paint on and ripped Mueller and his investigation to such shreds that viewers were feeling sorry for the special counsel at the end of his six hours of grilling.

The Republicans exposed him as only vaguely conversant with his own report. They revealed that he had probably not written his own statement challenging the depiction of his findings by Attorney General Bill Barr.

Mueller's staff of lawyers, Republicans showed, reads like a donors list for Hillary Clinton. The FBI contingent that started the investigation was a cabal so hateful of Trump that some had to be fired.

Republicans raised questions about the origins of the investigation, tracing it back to early 2016 when Maltese intelligence agent Joseph Mifsud leaked to a staffer of the Trump campaign, George Papadopoulos, that Russia had Clinton's emails. That and subsequent meetings have all the marks of an intel agency set-up.

Repeatedly, Republicans brought up the dossier written by British spy Christopher Steele, who fed Russian-sourced disinformation to Clinton campaign-financed intel firm, Fusion GPS, who passed it on to the FBI, which used it as evidence to justify warrants to spy on Trump's campaign.

To many in the TV audience, this was fresh and startling stuff.

Yet Mueller's response to all such allegations was that they were outside his purview and that other agencies were looking into them.

Mueller, a 74-year-old decorated Marine veteran of Vietnam and a former director of the FBI, sat mumbling his dissents as one charge after another was fired at him, his associates and his investigation.

For this disaster, the Democrats are alone to blame.

Mueller had wanted to file his report and leave it to the attorney general and Congress to act, or not act, on its contents. His job was done, and he did not want to testify publicly.

Democrats, desperate for impeachment hearings, wanted him to recite for the TV cameras every charge against the president.

What Democrats hoped would be a recital of Trump's sins, Republicans turned into an adversarial proceeding that ended Mueller's public career in a humiliating spectacle lasting a full day.

Where do Democrats go from here?

Their goal from the outset has been to persuade the nation that Trump colluded with Putin's Russia to steal the 2016 election, and that the progressives are the true patriots in seeking to impeach and remove an illegitimate president and prosecute him for acts of treason.

The Republican position is that, for all his flaws and failings, Trump won the 2016 election fairly and squarely. He is our president, and the drive to impeach and remove him is an attempted constitutional coup d'etat by a "deep state" terrified that it cannot win against him in 2020.

The rival narratives are irreconcilable.

The Republican message of Wednesday: Proceed with hearings to impeach and there will be blood on the floor.

Democrats are in a hellish bind.

Should they proceed with hearings on impeachment, they will divide their party, force their presidential candidates to cease talking health care and start talking impeachment, and probably fail.

Impeachment hearings would fire up the Republican base and energize the GOP minority to prepare for combat in a Judiciary Committee where they are already celebrating having eviscerated the prosecution's star witness.

If Democrats vote impeachment in committee, they will have to take it to the House floor, where their moderates, who won in swing districts, will be forced to vote on it, splitting their own bases in the run-up to the 2020 election.

If Democrats lose the impeachment vote on the House floor, it would be a huge setback. But if they vote impeachment in the House, the trial takes place in a Senate run by Mitch McConnell.