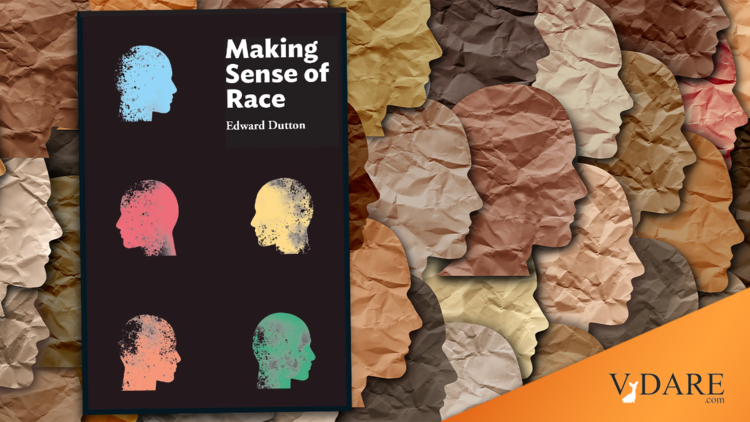 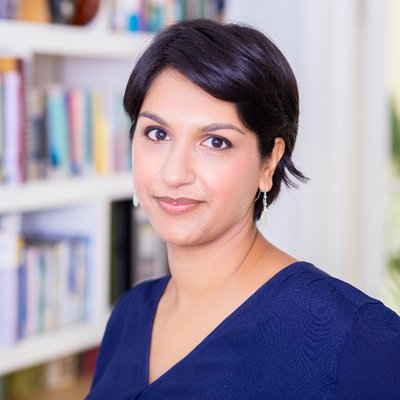 about on this site last year. People who are easily swayed by fallacious arguments, emotional manipulation, and the need to feel morally “superior” may even be taken in by it. My new book Making Sense of Race is the antidote. In it, I pull apart of all the arguments that Saini (right) and her fellow-travellers level against the concept of “race.” As I demonstrate, a “race” is essentially a human sub-species. A “race” varies in genotypic frequencies, such that important and correct predictions can be made about it, rendering it as “scientific” a category as any other. No category has concrete borders with any other. Nevertheless, ignoring the reality of “race” can be deadly.

For example, “races” vary, for partly genetic reasons, in disease prevalence (including Covid-19). They tend to require donor organs from the same race. Indeed, all race differences—even skin color—are profound, as they all have health consequences. Stripping away the supposedly “superficial,” a “race” can be accurately identified from a skeleton with 75% accuracy. 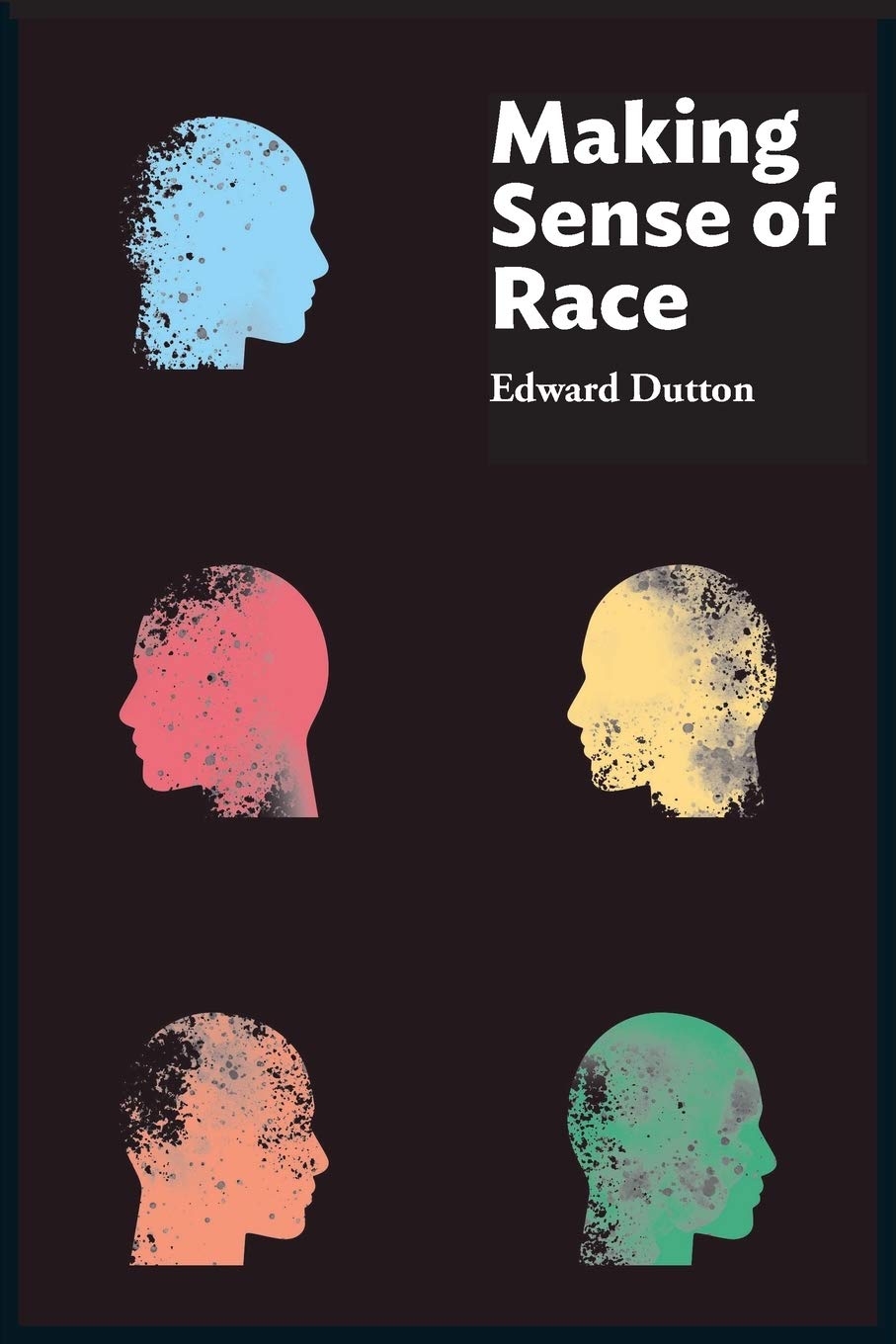 Making Sense of Race shows that the “social construct” of race, the twelve races of classical anthropology, maps perfectly onto genetic analyses which prove that there are twelve genetic clusters; twelve separate races. My book explores each of them, looking at how they are adapted to their environments physically and mentally, exploring related issues such as “group selection”—the battle between genetic clusters—and sexual selection.

One of the most fascinating races I discuss are the Bushmen of southern Africa.

As I show, “races” are all adapted to ecologies that range from the “fast Life History strategy” to the “slow Life History Strategy.” In a fast, unstable yet easy ecology you “live fast, die young” and invest most of your energy in copulation. As the ecology becomes harsher and more predictable, it begins to reach the carrying capacity for a species. If you invest nothing in your offspring here then they may all just die. So you take energy away from copulation and invest it in “nurture.” Such an environment is more competitive as well as more predictable, which selects for intelligence, planning, cooperation, bonding and larger groups.

One of the changes this leads: sexual characteristics. In a fast ecology, a male wants to copulate with as many genetically fit females as quickly as possible. This leads to an arms-race of individuals advertising their genetic fitness by showing that they have bioenergetic resources left over to grow large secondary sexual characteristics. In the case of Bushwomen, this means not only large breasts, but enormous buttocks—steatopygia—which their children can stand on, and labia which hang down inches between their legs.

In contrast, as we move to a very “slow” ecology, the males are forced to invest in the females and their offspring. As such, not being cuckolded becomes very important. So secondary sexual characteristics become smaller, because there is less of an arms-race to advertise genetic quality conspicuously, but there is an arms-race for psychological qualities associated with constancy.

Thus, males are attracted to, and females possess, smaller secondary sexual characteristics, as in Northeast Asians. In my book, I document that this is true even at the individual level. Large breasts and buttocks correlate with “sociosexuality” (“promiscuity”) and men that like them tend to be sociosexual.

This is one of numerous taboo-breaking findings I address in my book.

I show that there are race differences in intelligence, religiousness (which I show is an adaptation to slow ecology), ethnocentrism, modal personality—all in the direction that a “Life History Strategy” model would predict.

I look at mixed-race relationships, highlighting their relative rarity as predicted by the fact that we tend to want to maximize the extent to which we pass on our genes, meaning that we are attracted to people who are similar to ourselves.

I also explore the rare evolutionary psychology of those who are attracted to different races. Put simply, they are often fast Life History Strategists, so, in that you could die at any minute, you may as well select for difference as “difference” may carry some useful adaptation. Having little interest in personality, the males select for fertility (in essence, looking youthful and feminine) and this often means East Asian women, as they are highly “neotenous.” (Neoteny is from a Greek word meaning "extended youth"—one blogger chose to illustrate the concept with this picture of Maeda Atsuko.) 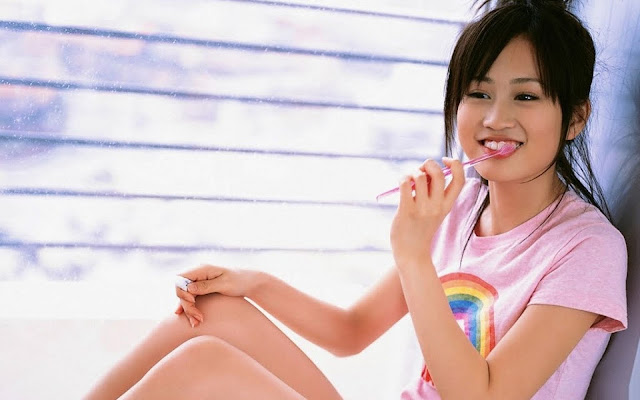 For this reason, conversely, black women are heavily penalized.

Most intriguing for me—though it should have been obvious—is that races vary in pretty much anything you can think of. And it’s all due to being adapted to different ecologies: the extent of physical and psychological sex differences, testicle size, baldness, desire to have oral sex, ear wax composition (ear wax conveys pheromones), pet ownership and child adoption, body odor, offensiveness of flatulence, standards of beauty, even whether or not they have “lucid dreams,” dreams in which they are aware they are dreaming. (Blacks are far more likely to have these, reasons for which my book examines.)

Like many of my colleagues who have attended the London Conference on Intelligence, I have taken a lot of flak for looking into the issue of race. I been called the usual epithets and pilloried in Leftist newspapers and by anti-racist (=anti-science) activists.

The University of Oulu, in Finland, where I am a “Docent” (something like “honorary Associate professor”), removed my name from its website in 2019, seemingly due to a furor over my research on race.

In 2017, I was wrongly found guilty of plagiarism by that university, with my protests of an honest mistake made my elderly colleague on the paper in question (Richard Lynn) being dismissed out of hand. I had been outed as “race realist” in the Finnish press the previous year, just before the investigation began. Subsequently, in a further spasm of virtue-signaling, Lynn was stripped of his (purely honorific) emeritus professorship by the University of Ulster.

This is the kind of thing that happens if you pursue the truth, as I explore in my book. You are questioning the current de facto “religion.” Religions, in least in the Christian tradition, will tend to assert dogmatically that certain things are true and anathematize those who disagree as wicked.

This is a massive clue that these are not true, and if you want to pursue truth—which was once the ideal of science—then it is these that will attract you.

That is why exploring “race” is so rewarding—and why I cannot see myself ever ceasing to do so.