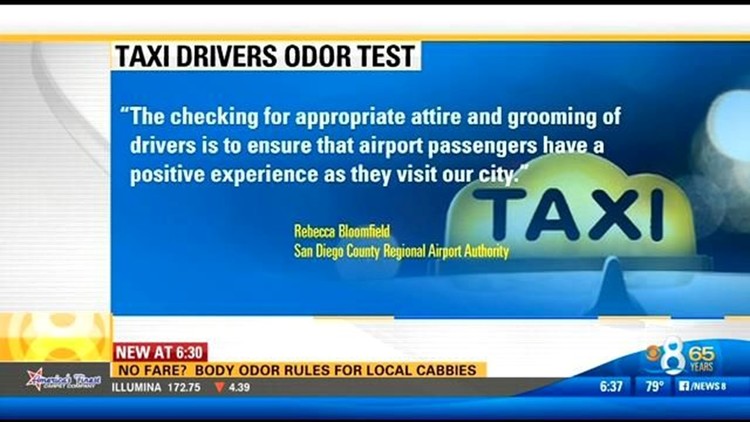 When immigrants come to America, do they think that “freedom” means an absence of standards for behavior and employment? Or are they arrogantly seeking to impose their values on Americans in opposition to traditional assimilation?

An example of the latter is the squawking from the diverse cab-driving community around the issue of hygiene, specifically the foul odors emitting from foreign drivers in San Diego and beyond. The foreign drivers insist that a requirement that they don’t stink is discrimination.

Sacramento is not mentioned in today’s report, but passengers in that city have complained about smelly drivers as well as other examples of inadequate performance, like poor English skills and no knowledge of local streets. (See Sacramento: Update On Cabbies Who Can’t Speak English for details.)

Below, lack of hygiene is not the only problem with foreign cab drivers. Muslims routinely refuse passengers with seeing-eye dogs or persons carrying bottles of liquor. 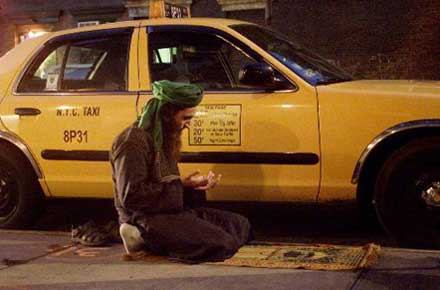 In addition, cleanliness is more than western esthetics. Given the practices of some cultures, you have to wonder where the hand giving you your change has been.

SAN DIEGO (AP) — Body odor is among 52 criteria that officials at San Diego International Airport use to judge taxi drivers. Cabbies say that smacks of prejudice and discrimination.

Anyone who flunks the smell test is told to change before picking up another customer.

Leaders of the United Taxi Workers of San Diego union say the litmus perpetuates a stereotype that predominantly foreign-born taxi drivers smell bad. A 2013 survey of 331 drivers by San Diego State University and Center on Policy Initiatives found 94 percent were immigrants and 65 percent were from East Africa.

Drivers wonder how inspectors determine who reeks. Driver Abel Seifu, 36, from Ethiopia, suspects they sniff inconspicuously during friendly conversations in the staging area. Airport authority spokeswoman Rebecca Bloomfield said there is “no standard process” to testing.

Others drivers question how inspectors distinguish between them and their cars. The checklist has a separate item for a vehicle’s “foul interior odors,” which Bloomfield says may include gasoline, vomit or mildew.

“If they want to bring their smell detector, they can use it to test the customers and the drivers,” said driver Negus Gebrenarian, 39, from Ethiopia. He, like other drivers, said the stench is just as likely to come from the back seat as it is from the front.

The airport authority says it is enforcing a policy of the San Diego Metropolitan Transit System, which regulates taxis throughout the region, that prohibits foul-smelling drivers and promotes regular bathing. It also says the practice is about satisfying customers.

“Taxi drivers are often the first impression that travelers receive when arriving into San Diego and we want to encourage a positive experience,” Bloomfield said. Only about three drivers fail to get a passing grade each year, she said.

Inspectors have been smelling drivers for years. There was no controversy until a union employee waded through a 568-page airport board agenda and noticed the checklist, which had been approved in July for revisions unrelated to the body odor test. KPBS reported on the practice last week.

San Diego’s policy appears to be unusually explicit about sniffing out smelly cabbies. Chicago requires that drivers be “clean and neat in their appearance.” New York City’s wording is similarly broad.

Seattle long evaluated cabbies for body odor associated with infrequent bathing and not washing clothes but dropped that test last month for a more general requirement on cleanliness.

“The industry didn’t like it and they felt that we were kind of overstepping: Why are we dictating to them? We don’t tell city employees that you’ve got to shower more often,” said Denise Movius, Seattle’s deputy director of finance and administrative services.

Bhairavi Desai, executive director of the 18,000-member New York Taxi Workers Alliance, said her face reddened with anger and dismay when she learned about the San Diego practice. She suggested the airport leave it to customers to complain about body odor.

“What a dehumanizing way to treat your workers,” she said.

Travelers arriving in San Diego on Wednesday were mixed.

Sue Beneventi, 70, thinks cabbies are getting picked on.

“If you’re going to say cab drivers, shouldn’t you also say waitresses and anyone else who deals with the public?” she said after returning from San Antonio.

Daniel Johnson, an 18-year-old Marine who came from Flint, Michigan, said it’s fair to grade on body odor, especially considering the $70 fare to get to his base. He has felt trapped in smelly cabs in other cities.

“The smell puts a sour expression on your face and you’re thinking I just don’t want to be in here,” he said.