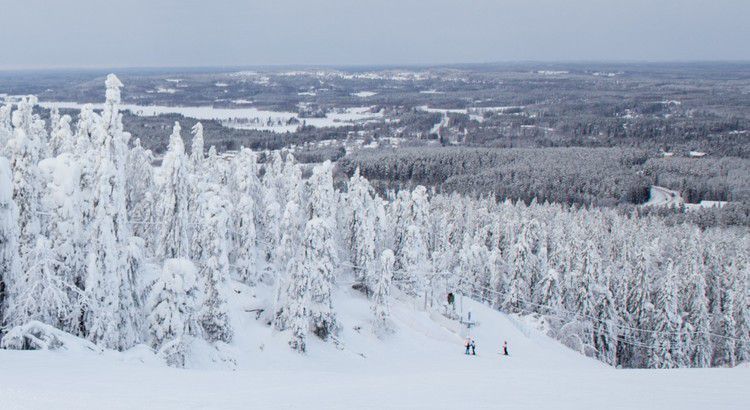 The Fulford File, By James Fulford | The Finnquisition And VDARE.COM

There's a free speech trial going on in Finland, which is under the kind of "hate speech" tyranny that Paul Belien reported on for us in 2005: "The Darkest Corners Of Our World"?—Bush Can Start With Europe's Hate Crime Crackdown. But this case hasn't gotten as much attention as the Canadian "Human Rights" commissars' attack on Mark Steyn and Ezra Levant, because all the free speech has been in Finnish, which nobody speaks except, well, Finns.

Finns have a high rate of literacy and education and many of them speak English, so we have some volunteer translations of the court proceedings.

Here's what's happened: Mikko Ellilä is a blogger, who posted a rant on his blog about Africans and African immigration in Finland and elsewhere. (Excuse me for using the word rant—if you're a conservative you always hear that everything you've written is either a rant or a screed, but in this case it's more or less appropriate.)

The awful majesty of the Finnish legal machine is coming after him for a blog post.

State Prosecutor Mika Illman: The text under discussion, "Society Consists of People", [VDARE.COM note: Aside from the free speech issue, be advised that the link contains nude pictures—not pornography, but a picture of Michelangelo's David, and several pictures of African tribesmen and women, also nude, for comparison] has been published on the Internet. In the text, Africans are slandered and insulted. It includes material that is prohibited in section 11 of the penal code and that should therefore not be disseminated. I demand that the text be removed from the Internet. It is indisputable that the text has been disseminated as described in the penal code. What is in dispute is whether the statements included in the text are illegal. This case is not about freedom of opinion. Mr Ellilä is free to hold any opinions that he wishes. However, the International Covenant on Civil and Political Rights prohibits abusing these rights. Freedom of speech may not be misused. [Turkkilaista tuumintaa: The trial of Mikko Ellilä 14.3.2008—English translation]

Note that the business about the "International Covenant"(a UN document which the United States has signed but not ratified) is usually a censor's way of saying that even if his country had free speech, international law would force him to crush dissidents with whatever local legal machinery is available. A cease-and-desist order, for example, could prevent a journalist from writing at all. (Mark Steyn actually expects this: "My career in Canada will be formally ended next month.")

The questioning at Mikko Ellilä's trial contains exchanges like this:

Illman: You write, "For the Africans, looting, rape, nepotism, corruption, clan warfare, superstition and impulsive homicide are business as usual". What is this claim based on?

Ellilä: On well-known facts. There are a lot of dictators and wars in Africa. There was a genocide in Rwanda in the 1990s due to intertribal conflicts between the Hutus and the Tutsis. Apart from the Darfur crisis in Sudan, there was also a civil war in Sudan between the Arab Muslim government in the north and the black Christians and other non-Muslims in the south. In Congo, the dictators Mobutu Sese Seko and Laurent Kabila killed millions of people. In Zimbabwe, the dictator Robert Mugabe has killed hundreds of thousands of people. Idi Amin, the dictator of Uganda, killed hundreds of thousands of people. I could go on and on about this. Don't you ever read the newspapers or watch the news on TV? [VDARE.COM note: emphasis added]

Good question. Worth asking in any discussion of immigration—are the newcomers fleeing the problems of their home country, or are they bringing them with them?

Illman: But you write, "for the Africans". How do you know that, for example, some African family living in Finland feels this way? [VDARE.COM note: Emphasis added, again. The reason why its now illegal for Finns to say bad things about Africa is because Finnish government policy has imported Africans who will be offended.]

Ellilä: I don't think anyone who can read and write would interpret that passage as referring to every single African in the world. Likewise, the phrase "men are taller than women" does not mean that all men would be taller than all women. I am talking about the statistical averages of large populations.

Which is also a good point. But here's the point in the testimony that really excites us at VDARE.COM:

Illman: One of your exhibits is a review of the book IQ and the Wealth of Nations

Ellilä: I don't know. I found the review by using Google.

Illman: Is it an objective and respectful organization?

Ellilä: I have no idea. I merely used Google to find information about the book by Richard Lynn and Tatu Vanhanen. [VDARE.COM note: Vanhanen is Finnish himself, the father of the Prime Minister of Finland, and a respected scholar at Tampere University. He's also been threatened with prosecution.] That review happened to include a diagram of over a hundred IQ studies conducted during the 20th century, which is what I was referring to in the exhibit. I wasn't referring to the review itself, which I didn't find too interesting.

First of all, VDARE.com is as "objective and respectful" as we can manage, but what we try really hard to be is accurate and truthful. You see all those links in the text? Click on them, and you'll find the originals of everything we're quoting, so you can see that they're true, and you can, if you want, get the full context.

And while we're sorry that Mr. Ellilä didn't find Steve Sailer's review too interesting, VDARE.com is frequently the only place some of this material is available. For example, National Review used to publish J. Philippe Rushton, but they don't any more. Rushton hasn't changed, nor have his articles. National Review has changed.

The Finnish Inquisition transcript contains a number of places where quotes from the original blog post seem to be redacted, possibly they aren't even allowed to publish it in a transcript, or possibly the person who published the transcript was worried about the Finnquistion himself, since it's on a Finnish website. But it looks really odd.

Quotation III: "Were black-majority areas to be independent city states, they.. [ *illegal content omitted* ] ..manifest themselves in their behaviour."

The last point, on which Ellilä was questioned, has to do with the idea that immigration imports poverty. Unskilled immigrant workers make money for employers, and make a pitifully small amount of money for themselves, but they cost the more productive taxpayers money in health care and schooling.

"In 2005, the Washington Post sent two reporters to Finland for several weeks to find out why Finland has 'the world's best educational system, produces such talented musicians and architects, and has more cell phones per capita than Japan and America.'

"Sitting here in my pajamas in California, I could have saved the Washington Post all the expense. The most important reason why Finland is so Finlandy is because it is full of Finns."

"American educators" were "trying to figure out why" so they could make the No Child Left Behind act work. Sorry!

Is African immigration a problem in Finland? A fairly small one ("A cloud as small as a man's hand ") by the standards of, say, Paris. But it's growing. And remember, Finland didn't have this problem at all until they invited it in.

A 2005 story from Helsingin Sanomat, (in English) says

"At the beginning of 2004, a total of 2,346 Somalis lived in the capital city, amounting to some eight percent of the total number of foreigners.

"In addition, 715 people who have Somali backgrounds but who have received Finnish citizenship live in Helsinki.

"Large numbers of Somalis arrived in Finland in the early 1990s when the civil war raged in Somalia. In fact, the Somalis form the largest group of refugees both in Helsinki and in Finland as a whole.

"The age structure of Somalis and other African immigrants differs from that of other immigrant groups. There are plenty of children and young adults, and very few people over the age of 65. One quarter of the Somalis were born in Finland."

A recent story in the same paper talks about the use of the African drug khat, and a September 19, 2004 article is titled Health care personnel to be given guidelines on female circumcision. The Finnish Government has a website which says "Mutilation of genitals is a crime in Finland." Unfortunately, it also seems to be a crime to condemn the cultures that do that sort of thing.

It is still not a crime in the United States, so far. Which means that VDARE.com can continue to publish the facts on various questions to "The Darkest Corners Of Our World".