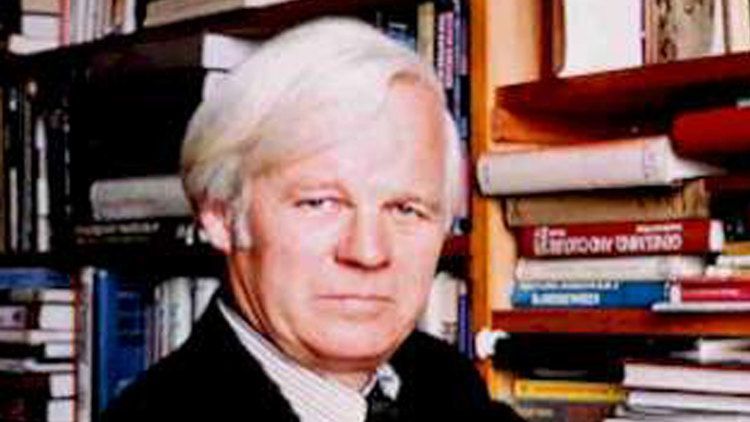 “He Kept The Faith”—A Conversation With Richard Lynn 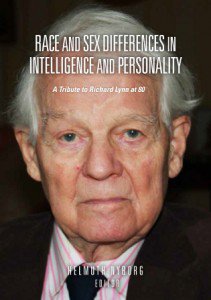 James Fulford writes: Recently, Kevin Macdonald noted that scientists used to study the difference between races, and then they were made to stop, partly by the work of Franz Boas.

We’ve written, in defense of the frequently attacked Pioneer Fund, that the Fund, “like an Irish monastery … kept the study of human differences alive during the long egalitarian Dark Age.”

The same can be said of Richard Lynn of the University of Ulster, whose researches into IQ and human differences have been carried out literally in Ireland, although as you will see below, Lynn was in Ireland, but not of it.

Richard Lynn is the author, with Tatu Vanhanen, of IQ and the Wealth of Nations and IQ and Global Inequality. Jared Taylor, introducing him at an American Renaissance Conference, said he’d read more non-fiction books by Richard Lynn than any other author he can think of. [Video] Taylor said that you could tell just from the titles of Lynn’s books that he’s not afraid of controversy: Lynn is also the author of Race Differences in Intelligence: An Evolutionary Analysis , The Global Bell Curve: Race, IQ, and Inequality Worldwide and The Chosen People: A Study of Jewish Intelligence and Achievement.

Satoshi Kanazawa of the London School of Economics said that “"In his long and brilliant career, Richard Lynn has made significant scientific contributions to many areas of intelligence research and differential psychology".

“To carry out such research through a career spanning almost sixty years, pushing forward steadily against fierce ideological headwinds, bespeaks great fortitude. Or as Helmuth Nyborg observes in his preface: “The work he has undertaken demands remarkable personal stamina.” It surely does.”

Richard Lynn deserves great credit not only for the groundbreaking work he has done, but for the fact that he has done it all, in the face of worldwide forces that, as I said above, have tried to prevent any research of this kind at all.

This interview is from the recent festschrift Race and Sex Differences in Intelligence and Personality, reviewed by John Derbyshire here. The interview is conducted by Danish psychologist Helmuth Nyborg [Email him], and, since Lynn’s career has run over 60 years, it’s long enough that will be run in three installments.

HN: Let us begin with your roots. Where are they?

RL: They are all from the east of England. My father’s family are Viking stock from North Yorkshire and were small tradespeople until my father obtained a scholarship to King’s College, London. My mother’s family are from the southeast and are Saxon stock from the North plain of Germany.

HN: And your childhood: it is often said that our early years are the formative period of our lives. Were yours particularly favourable for future achievement?

RL: Not at all. I was born to a single mother of quite average intelligence, and it has typically been found that children born and brought up in these circumstances are disadvantaged. However, I do not subscribe to this conventional view. I believe the genes we inherit are much more important determinants of our life than our early years.

HN: So were your genes particularly favourable?

RL: They were certainly better than my environment. My father was Sydney Cross Harland and was one of the leading plant geneticists of the 1920s - 1940s. His specialism was cotton, on which he wrote the standard text The Genetics of Cotton, and for which he was elected a Fellow of the Royal Society. He was a friend of most of the big names in genetics of his day, including Ronald Fisher, J.B.S. Haldane, and Julian Huxley. He died in 1981. His obituary appeared in The Times on November 18 of that year, and concluded

“His distinguished career as an applied botanist was marked by a remarkable blend of the agricultural and the academic; for although he made outstanding contributions to the improvement of tropical crops, most notably cotton, his work also had a profound influence on evolutionary theory and the understanding of gene complexes”.

HN: In addition to transmitting half his genes, did your father have a significant environmental influence on you during your childhood and adolescence?

RL: No. My parents split up when I was quite young. I did not see anything of my father during my childhood and adolescence because in my early childhood he was working in Trinidad as Director of the Imperial Cotton Research Institute. He was sacked from this position in 1937. My father had an aptitude for annoying people in authority, which I seem to have inherited. Fortunately, he had a marketable skill as a plant breeder and secured a position in Peru as Director of the Institute of Genetics, with the task of reviving cotton which had been attacked by a virus. I did not meet my father until 1949, when he returned to Britain as Professor of Genetics at the University of Manchester.

HN: Did you see much of him and did he influence you from this time onwards?

RL: We met about once a year. I have certainly been influenced by my father’s ideas, especially his conviction that our lives are much influenced by our genes, and also the importance he attached to eugenics. He was one of the signatories of The Geneticists’ Manifesto, drawn up in 1939 by Hermann Muller (1939), which posed the question “How could the world’s population be improved genetically?” My father has also served as a role model and has given me the confidence to advance theories that have sometimes been controversial.

HN: But you only received half your genes from your father. You received the other half from your mother and you said that she had quite average intelligence.

RL: Yes, but her father graduated in Botany as the top student of his year at Imperial College and entered the agricultural service of the British Colonial Office, whose task was to breed improved crops in the extensive British colonies. He ended up as Director of Agriculture in Trinidad, and it was in the small British community of botanical scientists in Port of Spain that my mother and father met in the late 1920s.

However, unlike my father who was a workaholic and spent his evenings poring over his data on crossbred strains and writing them up for journals, my grandfather was quite lazy and preferred to play bridge in his club. I seem to have inherited the workaholic gene from my father.

HN: Tell me now about your childhood and adolescence.

RL: I was born in February 1930 and brought up in Bristol. I went to the Bristol Grammar School, but although my family had all been scientists, I did not find school science interesting. The subject I liked best was history.

At the end of my school career I won a scholarship to the University of Cambridge, but I did not go up straight away. At this time all 18 year olds were conscripted into the armed services and in July, 1949, I received my call-up papers requiring me to report for military service. It was not a future to which I particularly looked forward. Remarkably, the Army decided I would make a good officer and I was duly commissioned second lieutenant.

I was put in charge of the training of new conscripts. One of the things I had to do was to teach them how to use a rifle. I had never found any difficulty in this, but I was surprised to find that the new conscripts found this very hard. Generally they failed to hit the target at all. I used to give them a demonstration of how it was done, and the sergeant would bring the target and show it to them with five neat little holes in the bull’s eye. They would gather round with exclamations of “Cor, blimey, look at the officer’s”! I realised later that this apparently simple task must be g loaded.

HN: So then you went up to Cambridge. How did you like Psychology there?

RL: Not much. When I started, the Professor was Sir Frederic Bartlett. He was already renowned for his books Psychology and Primitive Culture(1923) and Remembering(1932). I dutifully read these books and could not find anything much of interest in either of them. Apart from Bartlett, information theory was the dominant research paradigm. The theory was taken from communication engineers who used it to analyse the transmission of information, as for instance along a telephone line.

The Cambridge people applied this model to explain the transmission of information through the nervous system. The two leaders of this group were William Hick, who published his famous paper On the rate of gain of information in 1953, and Donald Broadbent. I came to know Broadbent quite well and we remained on friendly terms up to his death. However, we did not have much of a meeting of minds. His cast of mind was for developing micro theories explaining phenomena, whereas I have always preferred broad brush macro-theories.

HN: I think Bartlett must have been quite elderly when you were a student, so you did not have to endure him for that long?

RL: Yes, in 1952 Oliver Zangwill was appointed to the professorship. I looked forward to this new broom and eagerly read his book An Introduction to Modern Psychologythat had been published in 1950. I was not impressed by this slim volume. It ran to only 220 pages and about 60,000 words and the very idea that it was possible to provide an adequate account of psychology in such a short book seemed absurd. What was the point, I wondered, of writing such a book? I found to my dismay that Zangwill had an uncritical acceptance of psychoanalysis and even wrote that “as a result of Freud’s researches, psychology today differs from psychology of fifty years ago in a manner so fundamental as to justify the comparison with biology before and after Darwin”.

I thought that regarding Freud as comparable in stature and achievement to Darwin was preposterous. My chief interest became the work on intelligence done at University College, London, developed by Charles Spearman, Cyril BurtRR and Raymond Cattell, and extended to personality by Cattell and Hans Eysenck. I thought this was much more interesting than the experimental psychology that was being done at Cambridge.

I took the final exams in 1953 and did my best to conceal the antipathy I had developed for Cambridge experimental psychology. Apparently I succeeded as I was awarded the Passingham Prize, which is given annually for the best psychology student of the year. On the basis of this I was awarded a three year research studentship to work for a Ph.D.

I decided to examine the relation between anxiety, intelligence and educational attainment in school children. I completed my Ph.D in the spring of 1956 and was disconcerted to be told by Zangwill that he had appointed Sir Cyril Burt as my external examiner and himself as the internal. I was a bit alarmed at having Burt as my external examiner because he had recently failed two Ph.D. students from Cambridge. However, the viva [oral exam] went well and he passed my thesis.

HN: So then you needed a job.

RL: Yes, and I obtained a lectureship at the University of Exeter.I was now to enter the wilderness years...

Richard Lynn's story  is continued in He Kept The Faith”–A Conversation With Richard Lynn: Part Two.