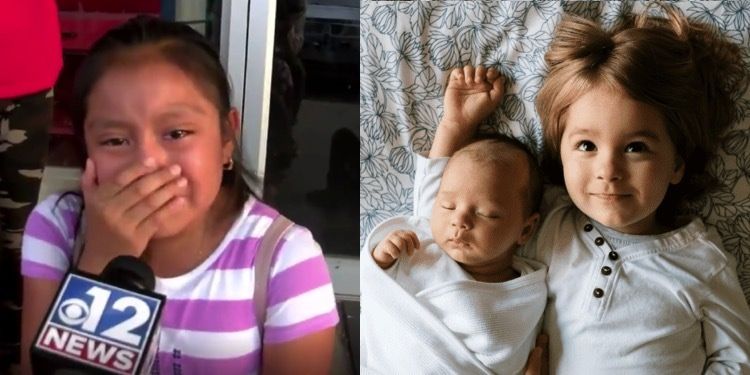 Affordable Family Formation should be the bedrock of any national policy program. Unfortunately, our country practices a different kind of program. We make it as hard as possible for Americans to have children, or at least to raise children in safe neighborhoods with good schools. Thus, Americans are not having enough children, and so we are lectured that we need more immigrants.

[T]he United States is experiencing a declining birth rate, which has serious and broad implications for the nation’s long-term economic health. Bringing in new immigrants is one way to ameliorate the impending crisis.

No other presidential candidates, Democratic or Republican, picked up Graham’s theme and it has received almost no attention in the roiling debates over immigration policy. But it should.

Economists are worried about U.S. birth rates. In March, The Washington Post reported that Americans are having less sex, and 2018 was a record in the number of people, one-quarter of adults, who reported having no sex in the past year. Among reasons for the higher celibacy numbers, discovered in the General Social Survey, are an aging population and younger people having less sex because of career pursuits, marrying later and leading increasingly digital lifestyles.

Basic biology tells us the end result is fewer babies. The birth rate, as figured by number of births per 1,000 women, is at a 32-year low, reports National Public Radio.

Of course, the Main Stream Media is also telling First World populations not to have children because it is bad for the environment. And some people who take their morality and worldview from journalists are falling for it. [I Chose Not To Have Kids Because I’m Afraid For The Planet, by Ash Sanders, Buzzfeed, July 24, 2019] Part of the reason people are having less children is because they are being told that it is evil to do so.

But there are bigger and more complicated reasons. The cost of living is increasing. [Unemployment Is Low, Wages Are Up — But Cost of Living in America Keeps Rising, by Cameron Huddleston, Yahoo, December 27, 2018] Health care costs, education costs, and real estate costs are all high. Many younger Americans simply assume they will never buy a home. [A lot of millennials think owning a home is impossible, by Tyler Schmall, New York Post, February 15, 2019]

Some of these trends are exacerbated by immigration, which increases the costs of real estate, increases pressure on educational, health care and transportation infrastructure, and increases population density. In response to these increased costs and the high costs of living, people naturally react by working more and having two-income households. This also poisons the dating climate, making it hard for younger workers with low incomes to find people to marry. The inevitable result is less children and articles telling us we need, you guessed it, more immigrants.

This is a negative feedback loop that is destroying our entire society. But it ultimately reflects something more sinister. What is "our" society?

The point of a country is to have a home for a particular people, "for ourselves and our posterity," in the words of the Founders. Yet the columnist above seems to think America is just a random geographic area. Yes, the population may go up if 300 million more people move here. But it won't increase the standard of living for the people already here, and more fundamentally, it will essentially dispossess Americans from their own country.

The point of the country is not to increase GDP, or prop up already failing welfare programs, or simply grow for growth's sake. Immigrants are unlikely to do a good job bailing out programs like Social Security anyway.

What's needed is a more fundamental shift in worldview about what the purpose of a country is. Is it simply an administrative unit over a geographic area that governs millions of random consumers? Or is it something more than the sum of its parts, something that actually represents a people or a culture?

The countries that are prospering, like Israel, clearly believe the latter. If America is about the former, then we're really not a country at all.