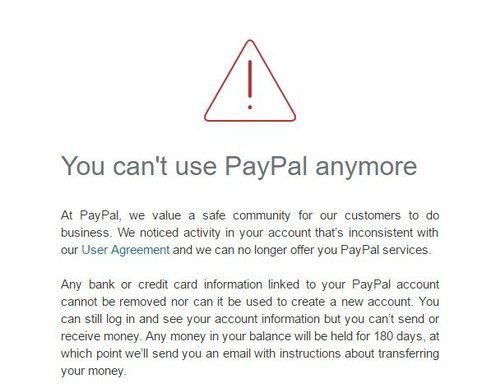 Back in March, I posted “PATRIOTS HAVE RIGHTS. THEY HAVE JUST NOT ORGANIZED TO DEFEND THEM—UNTIL NOW”, explaining how VDARE.com has been forced to enter the nightmare world of litigation because of the Totalitarian Left’s unprecedented Reign of Terror, enabled in large part by various complicit private corporations. I announced the launch of our Legal Defense Fund—many thanks to those patriots who donated (tax-deductibly!), and also to our lawyer readers who offered advice.

I recently updated readers on VDARE.com’s First Amendment suit against Colorado Springs Mayor John Suthers for his role in the 2017 cancellation of our projected conference there. Again, our lawyers expect this to go to trial, and quite possibly to the U.S. Supreme Court.

But now I want to discuss a narrower but equally important case: our complaint against the credit card processer PayPal for suddenly and arbitrarily cutting VDARE.com off from receiving donations, after a business relationship of some 12 years, in August 2017. Our Notice of Dispute, required by PayPal’s User Agreement, is here. [PDF]

PayPal has still not, despite our repeated requests, explained why it cut us off. Our Notice of Dispute documents our interactions with various puzzled PayPal lower-level employees who had obviously believed they worked for a politically impartial entity in a free country.

It appears they were wrong.

However, PayPal did ban us days after the August 12, 2017 Unite The Right rally in Charlottesville VA. And PayPal CEO Dan Schulman has admitted this event provoked him to blacklist various conservative accounts. Presumably this was PayPal’s reason, although VDARE.com had nothing whatever to do with the UTR rally—was not invited, did not promote it, did not attend.

Nor, of course, did PayPal bother to check with VDARE.com about any possible alleged involvement with the UTR rally.

(But in California, where PayPal is based, political discrimination is banned under the Unruh Act. We welcome input from California lawyers!!!) 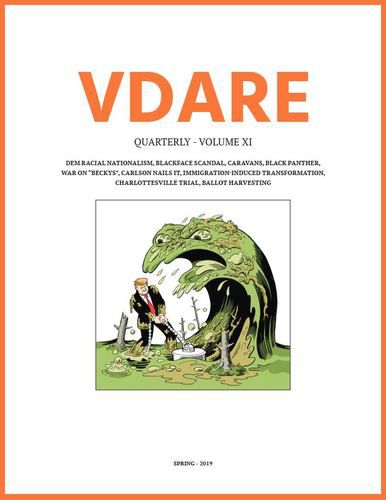 VDARE.com’s case against PayPal, however, focuses on a narrower issue. When PayPal cut VDARE.com off without warning, it also destroyed a significant flow of recurring donations, including from many donors who had signed up for our hard-copy VDARE QUARTERLY. Because VDARE.com was given absolutely no chance to transfer these recurring donations to its backup processor—which it could easily have done—it has still not yet been able to restore this significant revenue flow.

In addition, incredibly, PayPal then proceeded to send false and harassing emails to our former recurring donors demanding that they “pay what they owe.” And PayPal refused to explain this demand to these donors, just as it has refused to explain to VDARE.com why it has cut us off.

Of course this has been immensely damaging to our relationship with these donors, most of whom have naturally not thought to contact us directly.

PayPal has not yet responded to VDARE.com’s Notice Of Dispute. If they do not, we will have to initiate the Arbitration process by mid-August

This is a crusade, not merely for VDARE.com but for all the patriots who have been cut off by PayPal and other payment processor during the current Reign Of Terror—and, ultimately, against all the Corporate Cultural Marxists who believe they have the right to run America.

But it will be expensive. We need your help now.

You can give (tax-deductibly!) to VDARE’s Legal Defense Fund here. We will be reporting other litigation soon.

Or—a new feature—you can earmark your donation for our suit against PayPal, or Colorado Springs Mayor John Suthers, by checking the “Earmark your Donation” box and selecting a preference

Many thanks from all of us in the VDARE.com family.