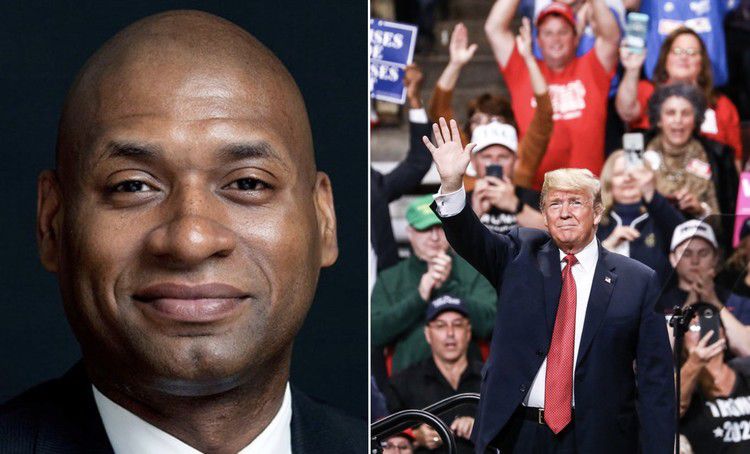 Patrick J. Buchanan: America: An Us vs. Them Country

The 13 seconds of that chant at the rally in North Carolina, in response to Donald Trump's recital of the outrages of Somali-born Congresswoman Ilhan Omar, will not soon be forgotten, or forgiven. 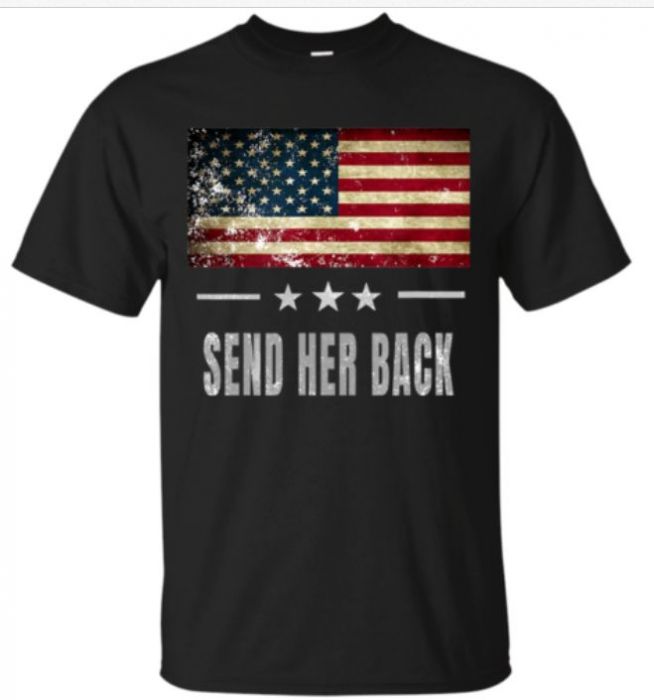 This phrase will have a long shelf life. T-shirts emblazoned with "Send Her Back!" and Old Glory are already on sale on eBay.

Look for the chant at future Trump rallies, as his followers now realize that the chant drives the elites straight up the wall.

That 13-second chant and Trump's earlier tweet to the four radical congresswomen of "the Squad" to "go back" to where they came from is being taken as the smoking gun that convicts Trump as an irredeemable racist whose "base" is poisoned by the same hate.

Writes the New York Times' Charles Blow [Tweet him] in a column that uses "racist" or "racism" more than 30 times: Americans who do not concede that Trump is a racist—are themselves racists: "Make no mistake. Denying racism or refusing to call it out is also racist."

But what is racism?

Is it not a manifest dislike or hatred of people of color because of their color? Trump was not denouncing the ethnicity or race of Ilhan Omar in his rally speech. He was reciting and denouncing what Omar said, just as Nancy Pelosi was denouncing what Omar and the Squad were saying and doing when she mocked their posturing and green agenda.

Clearly, Americans disagree on what racism is. Writes Blow:

"A USA Today/Ipsos poll published on July 17 found that more than twice as many Americans believe that people who call others racists do so 'in bad faith' compared with those who do not believe it."

Republicans and conservatives believe "racist" is a term the left employs to stigmatize, smear and silence adversaries. As one wag put it, a racist is a conservative who is winning an argument with a liberal.

In the 2016 campaign, Hillary Clinton famously said of Trump's populist base, "You could put half of them into what I call the basket of deplorables ... racist, sexist, homophobic, xenophobic, Islamophobic."

More than that, "Some ... are irredeemable, but thankfully they are not America." To Hillary, Trump supporters were not part of the good America, the enlightened America.

Her defamation of Trump's followers meshes with the media's depiction of the folks laughing, hooting and chanting in North Carolina.

Trump supporters know what the media think of them, which is why in Middle America the media have a crisis of credibility and moral authority. Trump's true believers do not believe them, trust them, like them or respect them. And the feeling is obviously mutual.

While raw and rough, how does the 13-second chant, "Send her back!" compare in viciousness to the chant of 1960s students on Ivy League and other campuses: "Ho! Ho! Ho Chi Minh! The NLF is going to win!" This was chanted at demonstrations when the NLF, the Viet Cong, was killing hundreds of American soldiers every week.

How does 13 seconds of "Send her back!" compare with the chant of the mob that shut down midtown Manhattan in December 2014: "What do we want? Dead cops! When do we want it? Now!"

This past week revealed anew what we Americans think of each other, which portends trouble ahead for the republic.

For a democracy to endure, there has to be an assumption that the loser in an election holds a promissory note that new elections are only a few years off. And if the losers can persuade a majority to support them, they can reassume positions of authority and realize their agenda.

Trump's 40-45 percent of the nation is not only being constantly castigated and demonized by the establishment media but it is also being told that, in the not far distant future, it will be demographically swamped by the rising numbers of new migrants pouring into the country.

Your time is about up, it hears.

And most of the Democratic candidates have admitted that, if elected, the border wall will never be built, breaking into the country will cease to be a crime, ICE will be abolished, sanctuary cities will be expanded, illegal immigrants will be eligible for free health care and, for millions of people hiding here illegally, amnesty and a path to citizenship will be granted.

America, they are saying, will be so unalterably changed in a few years, your kind will never realize political power again, and your America will vanish in a different America where the Squad and like-minded leftists set the agenda.

Will the deplorables, who number in the scores of millions, accept a future where they and their children and children's children are to submit to permanent rule by people who visibly detest them and see them as racists, sexists and fascists?

Will Middle America go gentle into that good night?