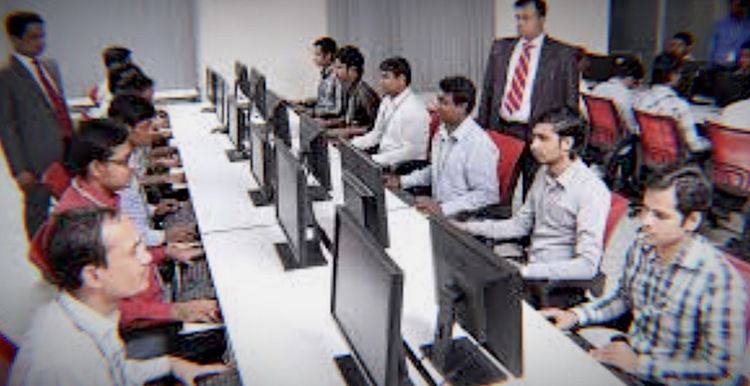 The House of Representatives recently passed H.R.1044, the Fairness for High-Skilled Immigrants Act. It’s now in the Senate’s Judiciary committee and could be voted on by the full Senate by September. Javanka is said to favor it, so the chances that President Trump will veto it (as he should) are probably low.

The adjective "high-skilled" is misleading—intentionally so, of course. The immigrants being favored by this act are lower-middle-class drudge workers, mainly computer programmers, most from India and China. They know languages like JavaScript, which anyone with above-room-temperature IQ can learn in 24 hours, or PHP and C++, which I'll allow are harder but which a few months in trade school will get you capable at.

I know whereof I speak. I spent much of my working life doing the kind of work—commercial computer programming—that these immigrants are being brought in to do. It is, indeed, not rocket science.

The whole point of H.R.1044 is to provide cheap foreign labor to employers. You have no doubt heard the stories about big U.S. companies like Disney and Con Ed forcing employees to train their cheaper foreign replacements. H.R.1044 will swell the number of those replacements, further reducing the job opportunities for American college and trade-school graduates.

Demographically, it will also swell mightily the number of Indians settling in the U.S.A. They may not be Alan Turings, but they are skilled enough to augment America’s developing Immigrant Overclass. 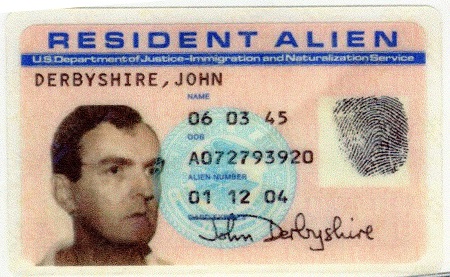 Once upon a time we had a system of guest-worker visas to fill gaps in the workforce. When the visa expired, the guest worker went back to his home country. In fact, just to get the visa you had to show "non-immigrant intent"—you had to show the visa officer that you didn't intend to stay in the U.S.A. permanently.

That's ancient history now. The rules have been relaxed so that it's easy to parlay a guest-worker visa into permanent residence—the Green Card—and thence to citizenship.

There are still currently, though, limits on the number of visas that any particular country can get in a given year. H.R.1044 eliminates those country caps. The incoming workforce, taking jobs that American college graduates should be taking, will be even more overwhelmingly Indian and Chinese.

The U.S. Senate is now mulling a bill of its own along the same lines. It's not altogether clear how this will go. Republicans still hold the Senate; and even among Democrats the flyover portion of the country, the portion I sometimes call Inlandia, is better represented in the Senate than the other portion, Coastal-stan.

These floods of cheap foreign techie labor are great for Coastal-stan, but they tick off a lot of Inlandia voters—voters in states like Kentucky, whose senior Senator is…who is it?...let me check…oh, yes: Senate Majority Leader Mitch McConnell.

So while the eagerness of Republicans to lick the boots of their big-business donors and shaft American workers should never be underestimated, the outcome here is not a foregone conclusion.

In the general matter of bringing in foreign labor, I limp up once more to offer my proposal that we submit the whole process to the Law of Supply and Demand. Visas for guest workers in any line of work should be issued only when there is a clear and persistent shortage of native-born workers, signalled by a dramatic and prolonged rise in the wages on offer to such workers.

Even then I'd want a decent time to let Americans take up the slack.

As I said, speaking as a person who has actually done computer-programming work, and hired and fired programmers, a few months in trade school will get any American with an IQ over 110 up to speed in PHP or C++. If wages for programmers are going through the roof, so will trade-school and Community College applications.

Only if that doesn't fix the supply problem should we bring in foreign guest workers. And even then, I can't see why we should offer them permanent residence. We have north of 300 million citizens; so on a normal distribution around seventy million of us have IQ north of 110.

Even if you discount for infants and seniors, there's plenty of coding talent there for Mark Zuckerberg and Jeff Bezos—if the pay is right.

But, of course, they might vote Republican. And we can’t have that.