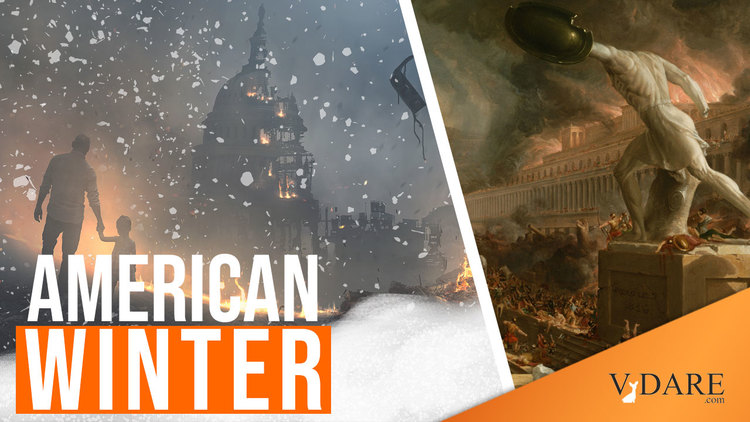 Are We In The Winter of America? Will There Be A Spring? 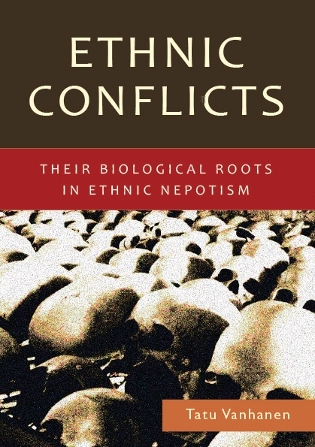 Civilizations do not last forever. They go through cycles. Even in Classical Greek times, historians such as Polybius had noticed this. As German philosopher Oswald Spengler more recently put it, civilizations experience a Spring; a Summer, marked by youthful vigor and exploration; an Autumn, in which they achieve great things but also start to decay; and a Winter. Fascinatingly, the turning point—when you know that the civilization is definitely past its best—is when the legislature is invaded by a mob. This shows that democracy, and the trust and high intelligence that have been shown to be central to it [see Ethnic Conflicts, by Tatu Vanhanen, 2012], have broken down. The good news (sort of): it’s not necessarily the end.

Thus in Rome in 100 BC, the effective president of Rome, its consul Gaius Marius, wanted to run for a sixth term. But he knew that he couldn’t possibly defeat his rival, Memmius. Accordingly, Marius’ powerful backers had Memmius killed and then arranged for a Marius-supporting mob to the march on the Capitol and seize control of it.

This violent act was the death knell for the already politically weakened Marius. On pain of sanctions, the Senate ordered Marius to disperse the mob. This was a turning point in the history of Rome. Thereafter, Rome was polarized. Democracy was debased; the coup attempt being an expression of just how low trust-levels had fallen.

Rome degenerated into violent chaos, until Caesar took control of the situation. Spengler claimed that the “Age of the Caesars”—charismatic men given huge powers to sort out the mess—always occurs as we enter the winter of civilization (see When a Violent Mob Stormed Rome’s Capitol, by Edward Watts, Zocalo, January 8, 2021).

The process is always the same. And, as I have explored in my book At Our Wits’ End: Why We’re Becoming Less Intelligent and What It Means for the Future, the highly genetic issue of intelligence—the ability to solve cognitive problems—is central to the process.

In its early seasons, civilization is under conditions of harsh Darwinian selection in which people must struggle to survive. Wealth robustly correlates with intelligence and under this punishing regime, the richer 50 percent of populations have about double the completed fertility than do the poorer 50 percent. As a result, average intelligence increases every generation, even though living standards may barely rise at all.

My book traces this across time in terms of the rise of numerous correlates of intelligence including literacy, numeracy, head size, social trust, democracy, and, most importantly, per capita major innovations per year— these being produced by the society’s "smart fraction" which is clearly getting smarter.

Eventually, a complex civilization is developed. But, as Sir John Glubb observed in The Fate of Empires, it always ends the same way, whether we’re talking about Greece, Rome, or Baghdad.

Religiousness is associated with stress and mortality salience: being close to death. It also takes traits that are adaptive—such as desiring children, defending your ethnic group, and even a belief in patriarchy—and makes them into the will of the Gods. Patriarchy—male control of female sexuality—elevates group-fitness because it means that men can trust that they won’t be cuckolded, so they’ll fight each other less. Groups which are internally cooperative have been shown to triumph over other groups in computer models [The evolution of ethnocentric behavior, by R. Hammond & R. Axelrod, Journal of Conflict Resolution, 2006].

But over time, the upper class—and eventually everybody, because people imitate the upper class—becomes less religious and they stop having children. Socrates-type intellectuals appear and encourage everyone to doubt all the old traditions: religion; aristocratic rule; etc. The result, especially if contraception is developed: wealth, and thus intelligence, becomes negatively associated with completed fertility. The population becomes less intelligent, as the larger families tend to be the accidental result of low IQ impulsivity. Greater overall wealth reduces the harshness of Darwinian selection. Thus in Rome by the first century, Emperor Augustus tried to tax the upper class into having more offspring, but it didn’t work.

As this continues, people become materialistic and nihilistic. Immigration is permitted because it’s a source of cheap labor and people no longer believe they are uniquely blessed by the Gods and that they must preserve their ethnic group. Immigration undermines social trust, because people trust those who are genetically similar to themselves, as Tatu Vanhanen noted. Trust and cooperation, and thus democracy, also decline because they are markers of intelligence and nobody trusts the election results, which are anyway corrupt because IQ predicts honesty as well.

You see the rise of feminism, with women abandoning traditional roles and achieving relative independence—as had long been the case in Rome by the first century, according to Glubb. Sexual morality breaks down and homosexuality becomes more acceptable.

A growing violent underclass, kept in check by bread and circuses, does most of the breeding. Eventually society—debased, low in trust, and too low in intelligence to cooperate, intelligence being correlated with these traits—collapses into anarchy. In effect, barbarism grows and civilization shrinks to islands amid a sea of barbarian chaos.

Fascinatingly, around the time of the invasion of the Roman capitol, Classical civilization was already well into decline, as I noted in At Our Wits’ End. Indeed, it had fall to one third of its peak level of per capita major innovation. It was at roughly the point that its decadence—in the form of multiculturalism, feminism, irreligiousness, childlessness low trust and so on—began to really be noticed.

And, as I show in At Our Wits’ End, based on various proxies, whites have lost on average about 20 IQ points since 1800, for genetic reasons. (I’ll be writing more on this for VDARE.com shortly.)

We are now in the winter of civilization. As in the last Dark Age, polarized societies will be rent asunder. The more intelligent will set up refugees from the chaos. Life will get harsher. People will become more stressed, go back to being more religious, more instinctive (as this correlates to their lower IQ) and more prone to fight for their ethnic interests. And the cycle will begin again.

Specifically, in the short term, the events at the U.S. Capitol betoken the end of functioning democracy in America. Trust levels (and intelligence) have now fallen too low for it to work anymore, and they will continue to fall. Chaos and perhaps some form of authoritarian rule lies ahead.

There is, however, some hope. Thus, the Roman Republic reinvented itself as an authoritarian Empire and there was actually a period, between 50 BC and 150 AD, when per capita innovation increased.

Spengler noted that even during a period of civilizational collapse there can be a “Second Religiousness,” where aspects of the original ethos is revived and the people are inspired once again.

Additionally, the Roman Empire never completely fell. Part of it was preserved in Byzantium.

Will this happen in the U.S.? Will all or some of it stay survive, perhaps in enclaves, all the more religious and nationalistic due to the surrounding Third World chaos?

But I suspect even those Americans may still look back on January 6th 2021 as the turning point.