Trump Vs. Cuckservatives (And Left): No "Anglo-Saxon Legal Traditions" With No Anglo-Saxons

Reports indicate leading Republicans such as Speaker Paul Ryan are now actively working to make sure Donald J. Trump loses the election. [Exclusive: Longtime GOP Backer Says Ryan Wants Trump To Lose, by Alex Pfeiffer, Daily Caller, June 9, 2016]. During the primary, much of the GOP seemed paralyzed, shocked into silence by the relentless advance of Donald J. Trump. Now that Trump is the presumptive Republican nominee, but Republican politicians have picked this moment to turn on him—suggesting a deliberate plot to throw the election in order to maintain the Establishment’s control over the party. Fantastic, maybe—but infinitely more realistic than the extraordinary idea that minority judges do not base their decisions on their ethnicity. After all, their ethnicity is what got them their positions in the first place. 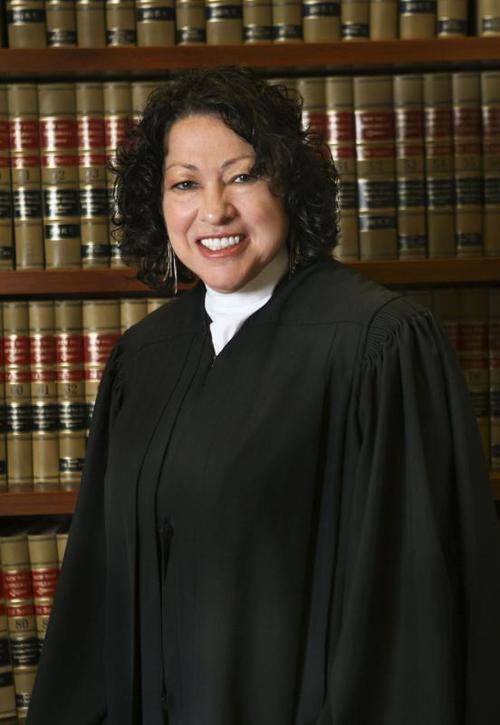 Don’t take our word for it—ask them. Self-described “Affirmative Action baby” Sonia Sotomayor, one of the nine unelected kritarchs who actually make the important decisions in this wonderful Republic of ours, openly bragged before her confirmation hearings she would base her decisions on her ethnic heritage. But Senator Lindsey Graham let Sotomayor off the hook during her confirmation hearings—and then voted to approve her. [How Republican Senators Voted on Sotomayor, New York Times, August 6, 2009]

However, when Trump suggested U.S. District Judge Gonzalo Curiel would be biased against him because of Trump’s strong stance on immigration, Graham decided this was “un-American” [Graham: Trump’s judge comments ‘un-American,’ by Manu Raju, Eugene Scott, and Deirdre Walsh, CNN, June 7, 2016]. He even declared “love of country” would lead Republicans to un-endorse Trump and de facto support Hillary Clinton. [Graham calls on Republicans to un-endorse Trump, by Nick Gass, Politico, June 7, 2016].

Leaving aside the questionable proposition Graham even has residual loyalty to this country, let alone “love” for it, conservatives have been rolling over for the Left’s race-based approach to justice for years.

Speaker of the House Paul Ryan called Trump’s comments a “textbook definition” of racism. [Ryan says Trump’s attacks on judge fit the ‘textbook definition of a racist comment,’ by Mike DeBonis, Washington Post, June 7, 2016] This is true—if the textbook is one of those promoting Critical Race Theory, the theoretical framework for “white privilege,” which has been a staple of top law schools for decades [#TruCons Insist Federal Judges Are Neutral and Objective, by Hunter Wallace, Occidental Dissent, June 7, 2016]

National Review has already conceded the modern legal system is dominated by this outlook. [Living Out Critical Legal Theory, by Victor Davis Hanson, August 19, 2014] And the inevitable result of a newly “diverse” judiciary is the steady erosion of traditional English liberties, especially free speech. 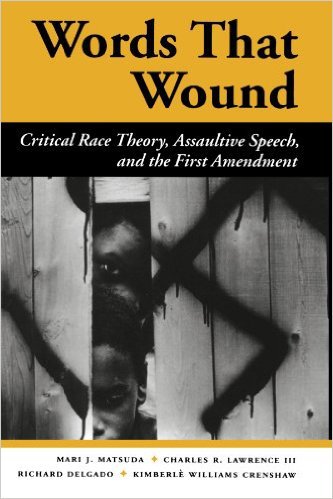 As outlined in the 1993 essay collection Words That Wound, one of the most widely distributed products of Critical Race Legal Theory, the goal of multicultural activists is to develop a legal framework which will characterize “racist hate speech” (i.e. truthful observations) as no longer protected by the First Amendment.

Trump himself was being widely condemned by the Main Stream Media only a few weeks ago because his list of prospective Supreme Court justices included only “white people”. [Your Ultimate Guide To The 11 White People Donald Trump Will Consider For The Supreme Court, by Ian Millhiser, Think Progress, May 18, 2016].

Vox’s German Lopez [Email him] says if Trump was a minority and was complaining about white or Jewish judges, his “bigotry” would be self-evident. [This thought experiment shows how outrageous Donald Trump’s bigotry really is, June 8, 2016] But  saying the judicial system is too white and therefore inherently illegitimate isn’t even controversial, let alone “outrageous.” See Ann Coulter’s You Can’t Say “Mexican Judge”, But You Can Sure Say “White Jury”!

When Barack Obama nominated an “older white male” to the Supreme Court to replace Antonin Scalia, he actually apologized and his administration actually bragged about how many other non-whites he had appointed.  [White House Defends Diversity Record in Judicial Appointments, by Gardiner Harris, New York Times, March 16, 2016] Of course, nominee Merrick Garland would in fact be the fourth Jewish Supreme Court justice.  The founding stock of the country, White Anglo-Saxon Protestants (WASPs), are now entirely unrepresented on the Supreme Court. But as they seem to be the only people in the world who believe in “universalism,” nobody cares about them.

Even at the most basic level, the common practice of defense attorneys to reduce the number of white men on juries of black defendants is an admission race matters. But the Supreme Court recently ruled keeping out prospective black jurors is sufficient grounds to throw out a death sentence given to a murderer and perhaps even grant him a new trial. [Justices throw out death sentence given to black man by all-white jury, by Robert Barnes, Washington Post, May 23, 2016]. There was no Conservatism Inc. pushback against this decision.

What about Judge Gonzalo Curiel himself, the Latino judge who holds Trump’s fate in the Trump University case? He’s been a member of the La Raza Lawyers Association of San Diego. The goal of the organization, in its own words, is to “advance the Latino community through political activity and advocacy” [History, San Diego La Raza Lawyers Association, Accessed June 8, 2016].

The law firm representing the plaintiffs in the Trump University case were also sponsors at the organization’s 2014 Annual Scholarship Fund Dinner & Gala. Curiel himself was a member of the selection committee for that event [Judge, Law Firm Bringing Trump U Case Both Tied To La Raza, by Jerome Corsi, WND, June 6, 2016].

Charles Johnson at GotNews is also reporting Curiel may be an anchor baby (i.e. the American-born child of an immigrant) claiming his mother only became a citizen after he was born and declaring GotNews couldn’t find any evidence Curiel’s father ever became a citizen.  [BUSTED: Mama’s records #JudgeCuriel Was An Anchor Baby!, June 7, 2016]. Another reason to scrap birthright citizenship!

Clearly, Curiel himself doesn’t see any problem with legal professionals organizing on the basis of their ethnic identity. Despite “being born in Indiana” as we are endlessly told, he does not consider himself a “Hoosier” but a Latino, owing certain duties to his co-ethnics. 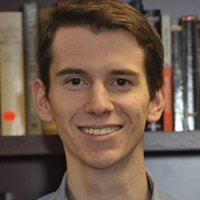 Trump has implied that no law can be interpreted disinterestedly and applied dispassionately. There’s really no such thing as reason; there are only inescapable tribal prejudices…

What follows from that is the effective end of the Anglo-Saxon legal tradition.

Well, when judges join groups designed specifically to promote their own ethnic interests, people tend to get that impression.

When you import a Third World population, you get a Third World country with Third World laws. If Conservatism Inc. doesn’t like it, they should campaign for a halt to Third World immigration and work to ensure the current United States has some connection to the nation created by the Founders. [What the Founders Really Thought About Race, by Jared Taylor, National Policy Institute, January 17, 2012]