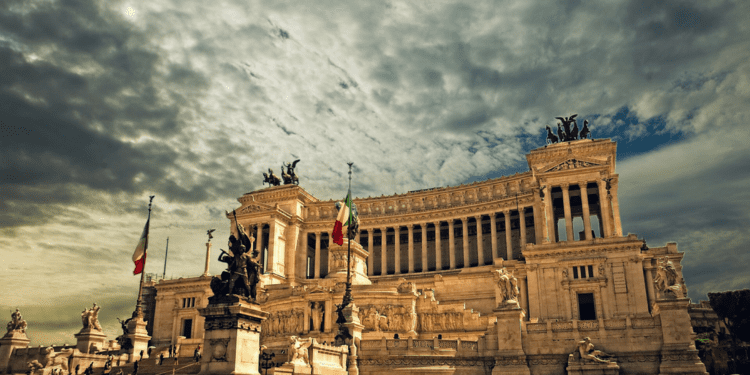 Here’s the abstract to a paper that hasn’t been released yet:

Rome as a genetic melting pot: Population dynamics over 12,000 years.

Nearly 2000 years ago, Rome was the largest urban center of the ancient world and the capital of an empire with over 60 million inhabitants. Although Rome has long been a subject of archaeological and historical study, little is known about the genetic history of the Roman population. To fill this gap, we performed whole genome sequencing on 127 individuals from 29 sites in and around Rome, spanning the past 12,000 years.

Using allele frequency and haplotype-based genetic analyses, we show that Italy underwent two major prehistoric ancestry shifts corresponding to the Neolithic transition to farming and the Bronze Age Steppe migration, both prior to the founding of the Roman Republic.

As Rome expanded from a small city-state to an empire controlling the entire Mediterranean, the city became a melting pot of inhabitants from across the empire, harboring diverse ancestries from the Near East, Europe and North Africa. Furthermore, we find that gene flow between Rome and surrounding regions closely mirrors Rome’s geopolitical interactions.

Interestingly, Rome’s population remains heterogeneous despite these major ancestry shifts through time. Our study provides a first look into the dynamic genetic history of Rome from before its founding, into the modern era.

Do Romans today look different from Italians from, say, mountain villages where there was presumably less turnover in the population than in the Big City?

Or perhaps, all the genetic mixing in Rome just led to people who look more or less like other Italians because Rome, like Italy in general, was more or less dead center in the middle of the Roman Empire. So if in Rome, Spaniards mixed with Syrians and Germans with Tunisians, they wound up with people who like Italians...

Here’s a question: how many skeletons of really famous individuals could be dug up to scan their DNA? For example, are the bodies of famous Romans like Julius Caesar and St. Peter readily findable?

Who would be first on your list? Who is famously missing? Jesus, Genghis Khan, Alexander, most pharaohs …