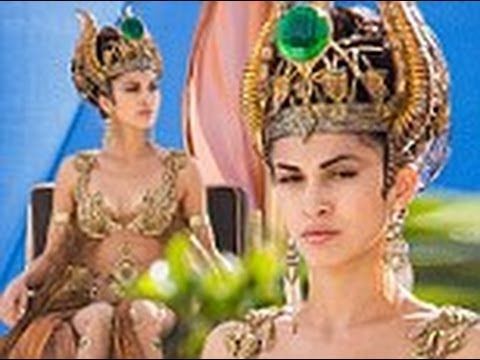 “We Wuz Kings!”Afrocentrism And The Collapse Of White Civilizations, From Egypt To Atlanta 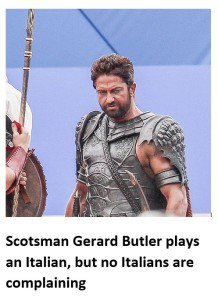 Growing up in the suburbs of Atlanta, a city often dubbed America’s Black Mecca, one of my most vivid memories is revisiting a mall in a once white, thriving suburb. When I was a child, I had first met Santa at this mall. But when I returned years later, the mall was far more diverse and far less prosperous. As Chris Rock famously put it, this was now a mall “white people used to go to.”

Whereas the mall once boasted major anchor tenants like Neiman-Marcus or Rich’s (just before Macy’s acquired it), now the occupancy rate for the mall was below 60 percent and those stores that weren’t shuttered were practically unknown.

It was a sad sight. But then I saw something that will forever bring a smile to my face: the Nubian Bookstore. In it, to my amusement and astonishment, I found a wealth of African tribal music, shockingly anti-white books, and paintings and paraphernalia all depicting present-day blacks as the masters and rulers of Ancient Egypt. Egyptian iconography was everywhere for sale, most notably the Ankh, the Pyramids, and Sphinx, all adorned with blacks depicted as the great Pharaohs and builders of this civilization.

Perhaps I was one of the first white people to venture to the Nubian Bookstore, because an employee immediately asked if I needed any help. Nearly 13 years since this hilarious encounter, I still recall my response: “I didn’t know the Ancient Egyptians were black.” She looked at me as if I had run over her cat, burned down her house, and then driven her grandmother to the middle of nowhere and left her for dead.

“They don’t want you to know, but of course they were; just read one of our books,” was her reply, stated with an arrogance I’ll never forget.

I recall a piece I had read by John Leo in defense of classical scholar Mary Lefkowitz. She had come under assault by proponents of Afrocentrism for daring to assert that their claims were nonsense.

I was able to find the column where Leo dismantled the Afrocentrists like those in the Nubian Bookstore:

For a 1991 column in U.S. News & World Report, I phoned seven Egyptologists and asked whether the ancient Egyptian population had been "black." Of course not, they all responded, but not for attribution, since, as one said, "this subject is just too hot."

The subject of the race of the Ancient Egyptians is “just too hot”—especially for my friends at the Nubian Bookstore who were paying cheap rent in a mall long past its expiration date. And don’t bother asking them why, if blacks had built the pyramids, their descendants couldn’t keep a J.C. Penney’s open.

Unfortunately, even major movie studios find the topic “just too hot” as well. For the second time in less than a year, a movie with an almost all-white cast is being made about Egypt. And the usual suspects aren’t happy.

"Gods of Egypt" director Alex Proyas apologized for casting mostly white actors in his upcoming film based on Egyptian mythology.

The filmmaker and studio Lionsgate issued separate statements on Friday acknowledging the controversy sparked by the release of the film's first trailer two weeks ago, featuring a cast led by Scottish actor Gerard Butler and Danish actor Nikolaj Coster-Waldau.

Australian director Proyas, who was born in Egypt, [ to Greek parents] said it is clear that their casting choices should have been more diverse.

Lionsgate also said they are deeply committed to making films that reflect the diversity of their audiences and pledged to do better.

"We recognize that it is our responsibility to help ensure that casting decisions reflect the diversity and culture of the time periods portrayed," read Lionsgate's statement, first reported by Forbes. "In this instance we failed to live up to our own standards of sensitivity and diversity."

Hollywood has a long tradition of casting white actors as other ethnicities, but lately the practice is not going unchallenged and is often put under scrutiny as soon as castings are announced, as was the case with Joe Wright's "Pan," where Rooney Mara played Tiger Lily.

An outright apology prior to a film's release in the case of "Gods of Egypt" is perhaps a sign that currents are changing.

Needless to say, this is about racial politics and extortion, not about history. It seems absurd for a major studio to apologize for its own film and the race of the cast. But something tells me it won’t be the last time.

In fact, we have already had a similar controversy with 2014’s Exodus: Gods and Kings, where the mostly white casting was called “racist” and Black Twitter called for a boycott [Exodus: Ridley Scott explains ‘racist’ Gods and Kings casting, The Week, November 27, 2014]. How dare whites be cast as characters that, as a matter of historical fact, were genetically closely related to contemporary Europeans?!? [We've got the same mummy! Up to 70% of British men are 'related' to the Egyptian Pharaoh Tutankhamun, Daily Mail, August 4, 2011]

The evil reactionaries who called for a boycott of the new Star Wars movie because its PC casting had excluded white males from lead roles were widely mocked by the Main Stream Media. In contrast, Exodus produced many furrowed brows and tut-tutting by the guardians of public morality:

Before it even hits theaters, director Ridley Scott’s Biblical epic “Exodus: Gods and Kings” has generated heated debate and controversy because of its alleged “whitewashing” of Egyptian culture.

The film stars white actors Christian Bale, Joel Edgerton and Sigourney Weaver as Egyptians, while critics point out that black members of the cast are largely relegated to playing servants, assassins and thieves. Edgerton, a blonde-haired, blue-eyed Australian who plays the iconic Ramses, is made to appear more ethnic with the use of make-up and copious eyeliner.

The backlash on social media has been swift, with the hashtag #BoycottExodusMovie making the rounds prior to the film’s Dec. 12 release date.

“To make the main characters white and everyone else African is cinematic colonialism,” wrote David Dennis Jr. in post for Medium. ”It’s creating a piece of historical ‘art’ that carries on oppressive imagery that’s helped shackle entire countries and corners of the world.”

[“Exodus’ racial casting controversy is a familiar one,” By Adam Howard, MSNBC, December 12, 2014]

I’m not so sure. When I think of “oppressive imagery,” I think of the collapse of formerly thriving American cities currently under black-rule, cities such as Detroit, Baltimore, Birmingham, Newark, and Jackson, Mississippi. There’s actually no evidence to suggest that black Africans had much of anything to do with building the glories of ancient Egypt. But even a casual glance around contemporary America shows what they have done to America’s once-proud urban centers.

Rather than thinking of splendid ruins out of Egypt or Ozymandias, however, I can’t help but think of that mall from my childhood. All of this is part of the same old story. Whites create and build, and blacks destroy. And as we struggle amidst the ruins, we get to hear their ignorant boasting that an ancient civilization originated from their genius, even as the communities of our fathers crumble around us.

What exactly brought down ancient Egypt? Perhaps it is too far in the unknowable past to ever say for sure. But looking at what happened to places within my own past I can’t help but wonder—maybe it was just white flight.