Earlier: Saint Ruth Bader Ginsburg Was A Raging Narcissist—Which Is Why She Stiffed Her Supporters

This is the only religious gathering allowed in DC. https://t.co/4qTUfj4iHb

Is it a religious gathering? Aside from the fact that it's a funeral, yes. 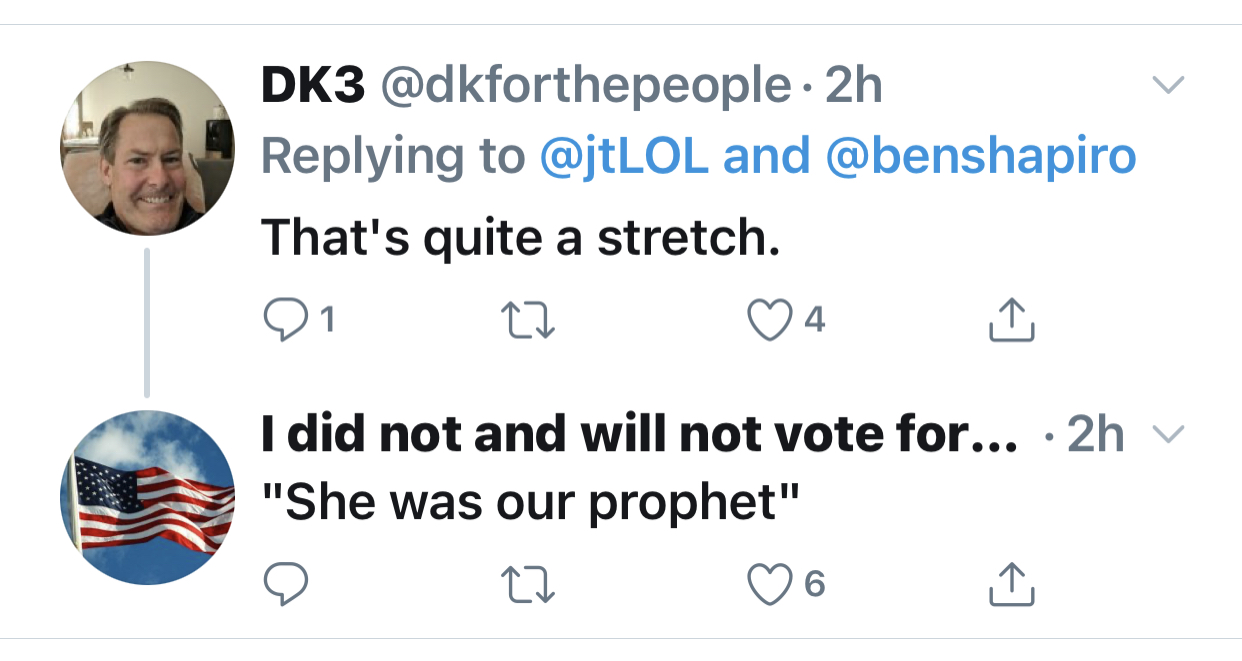 And normal worshipping is forbidden in the District of Columbia, except for devotions to St. RBG,  St. John Lewis, who lay in state at the Capitol,  and of course, St. George Floyd:

A prominent Evangelical church in D.C. is suing the city over the District's continuing restrictions on mass gatherings. The suit alleges the city government is infringing on the church's First Amendment rights by limiting worship services due to the pandemic while allowing large anti-racism protests.

Capitol Hill Baptist Church filed the suit in U.S. District Court Tuesday, seeking the right to "gather for corporate worship free from threat of governmental sanction" and saying it wants Mayor Muriel Bowser and the District of Columbia to stop violating its First and Fifth Amendment rights. The First Amendment protects religious gatherings and free speech while the Fifth Amendment prohibits "governmental deprivation of 'life, liberty, or property, without due process of law.'"

The church argues the administration is favoring "certain expressive gatherings over others" and creating a "de facto exemption" for protests like Black Lives Matter.

Ginsburg was a member of the Reform JewIsh Movement, which is probably why she had a lady rabbi speaking at her memorial, but she was somewhat religious.

The Washington Post’s headline on an assessment of Ruth Bader Ginsburg this weekend read: “Ruth Bader Ginsburg was passionate about Judaism’s concern for justice.” The article (by my Religion News Service colleague Yonat Shimron) noted that Justice Ginsburg hung Bible verses in her chambers signaling from where she took inspiration for her life’s work.

She took this religious stance toward her job on the nation’s highest court and was able not only to avoid criticism, but garner adulation. As Shimron described it, “Ginsburg developed a cultlike following over her more than 27 years on the bench, especially among young women who appreciated her lifelong, fierce defense of women’s rights.”

That's in the context of the coming storm of Christophobic attacks on Amy Coney Barrett, for believing in and practicing Catholicism. By the way, if Ruth Bader Ginsburg had Bible verses on her wall, she was engaging in conduct that no government employee, other than a Supreme Court Judge, could get away with.

As I've written before, the members of Supreme Court, no matter how the rule about the War On Christmas, are allowed to keep Christmas themselves, with carols and a tree.

The late William Rehnquist, according to one author

"despite an objection lodged by sixteen law clerks ...persisted in a court tradition of holding an annual Christmas party that included offensive features such as 'a large Christmas tree, a tape recorder playing Christmas music, . . . and the singing of carols.'"

That was in 1990. The same clerks—now probably Federal judges—sent a joint letter of protest

In a November 21 letter to the chief justice, all of Brennan's, Stevens', and Marshall's clerks; three from Blackmun's chambers; and two O'Connor clerks expressed their concern 'regarding the Court's celebration of Christmas.' Noting that in the past, such events had included a large Christmas tree, a tape recorder playing Christmas music, wreaths around the busts of former chief justices, and the singing of carols, the clerks conceded that '[s]ome of us do not object to all these observances,' but added that all were 'concerned that members of the public as well as Court employees may be offended by them. We request an opportunity for a small group of us to discuss this matter with you at your convenience.'"

The reason Barrett wouldn't post such verses is not that she's not as sincere in her faith as RBG, but the she knows her religion is an "acceptable target"...and RBG's is not.