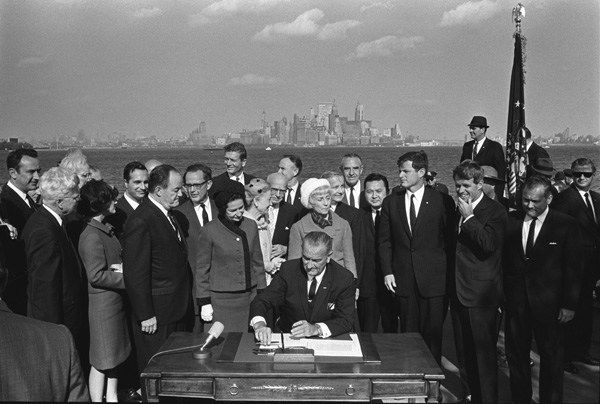 Above, President Lyndon Johnson signs the Immigration Act Of 1965

With certain politician-critters yammering for "reparations" for pre-1865 slavery, (always omitting the fact that at least 2% of the White population died in the Civil War, more than 620,000 men and boys, translates to more than 6,000,000 deaths in today's numbers) here is a thought.

I'm looking at you:

Start paying up, boys and girls. Out of your own pockets.

You owe a lot of reparations to the Americans you have harmed and continue to harm with immigration.

Finally, to answer a potential objection, since today's cheap-labor immigrant-pawns come to America voluntarily as cheap labor (or for the welfare) - they cannot yammer about reparation