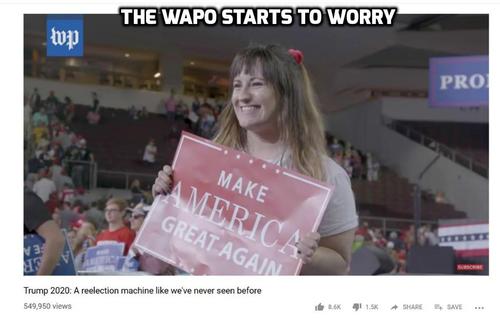 Anti-America Has Problems Too: The Case for Optimism in 2020

With a new Democrat announcing their intention of running for President in 2020 every few days, it is safe to say that the battlefield for the Democratic nomination will be a crowded one. As President Trump lost the popular vote in 2016, has suffered arguably low approval ratings throughout his presidency, and has inspired a near-infinite amount of backlash from all corners of the Left, every Democratic politician thinks that beating him in 2020 will be a cinch. But they’re wrong.

Foremost is the simple fact that America almost always re-elects her Presidents. Since 1900, only four sitting Presidents have lost their bid for a second term:

The outlier: President Hoover’s loss in 1932, which was almost entirely a consequence of his being in power when the Great Depression hit in 1929. Only the most charming and/or Machiavellian politician could get re-elected after such a catastrophe.

The other three re-election losers have one big thing in common: for each, there was a strong third-party contender, and/or a strong primary challenger.

In 1980, the ambitious Democratic Senator Ted Kennedy launched a ferocious campaign to wrestle the Democratic nomination from President Jimmy Carter. Sen. Kennedy did shockingly well in the Democratic primaries, winning 37 percent of the vote, and outright winning some large and important states, such as New York and California. With its house divided and confidence shaken, the Democrats went on to win a pitiful 41 percent of the vote in the general election.

In 1992, Pat Buchanan led a populist charge to take the Republican nomination from sitting President George H.W. Bush, winning 22 percent of the vote in the process. Then, in the general election, Ross Perot, the populist businessman, ran as the Independence Party candidate, winning 19 percent of the vote. Perot siphoned off enough votes from President Bush so that Bill Clinton won the race with just 43 percent of the total popular vote.

Why detail all this about Third Party campaigns when none have yet emerged in hopes of snagging the Presidency in 2020?

1) There will not be a serious candidate who challenges President Trump for the nomination.

2) It is much more likely that there will be a split within the Left.

President Trump is safe and secure in maintaining the Republican nomination for the simple reason that he represents the populist grassroots of the GOP. Any challenger would come from the elite donor class of the Republican Party. And while those people do have a lot of money, they aren’t actually very popular. Someone in the mold of Paul Ryan or John Kasich will quickly find it nearly impossible to win any of the states that vote first in the party nomination process: Iowa, New Hampshire, and South Carolina.

In the past, whenever moderate or Davos-ish Republicans challenge populist/grassroots Republicans who already have the nomination, they make a negligible impact. (At the Congressional level, the late Walter Jones proved that in North Carolina in 2014.)

Recall that in 2016, #NeverTrump Republicans did field a third-party candidate, one Evan McMullin, and he received a truly pathetic 0.53 percent of the vote—coming in fifth place. Similarly, in 1980, Republican congressman John B. Anderson, who was well to the Left of Ronald Reagan, ran Third Party. He won 6.6 percent of the vote and no electoral votes—President Reagan still won in a landslide.

Finally, the quantity and spread of the #NeverTrump media has simply collapsed since President Trump took office. Many anti-Trump figures and publications have quietly made peace with the President, such as National Review, Ben Shapiro, and Erick Erickson. Others have left the scene completely, such as The Weekly Standard and Glenn Beck.

With a limited voter base, less and less support in conservative media, and no historical precedent, it is hard to see how Trump could be effectively wounded by any Establishment Republican attack.

The Left, meanwhile, is much more capable of, and indeed eager to, to inflict mortal wounds upon itself.

The fight between Bernie Sanders and Hillary Clinton for the 2016 Democratic nomination shed light on a longstanding internal struggle for the soul of the party between the social democrats and the neoliberals. With such a crowded field, the 2020 primary race for the Democratic nomination is certain to get even more ugly, with at least a dozen different candidates vying to get even a slight edge on their opponents on the eve of primaries where three, four, or even five different candidates are within striking distance of one another in the polls.

Importantly, in 2020 the battle lines will not be as neatly drawn as they were in 2016, when the Democrats had, effectively, two candidates, one social democrat and one neoliberal. This time progressive voters will have a number of different candidates to choose from, such as Senator Amy Klobuchar and Congresswoman Tulsi Gabbard. But the older, more moderate vote will be divvied up amongst many candidates as well: Joe Biden and Cory Booker, for example.

Arguments put out in bad faith will be many, as Senator Kamala Harris supporters accuse Senator Bernie Sanders supporters of being white racists for not backing a woman of color. Black supporters of Cory Booker will accuse black supporters of Tulsi Gabbard of being Uncle Toms for not supporting a black candidate, to which the retort will be that Cory Booker supporters are sexist for not supporting a female candidate. If a white candidate wins the nomination, some non-white voters will stay home (as in 2016); if a more Left-leaning non-white candidate wins, white voters will stay home (as in 1972).

Just as in 1980, and to some extent in 1968 when intra-Left tensions ran high between the LBJ/Hubert Humphrey-supporting technocrats and the emerging New Left, whichever candidate emerges from the primary fight will carry many wounds from their own side.

On top of that, if a more centrist candidate wins the nomination, there is a good chance that many young socialists will bolt from the Democrats and support a more Leftist Third-Party candidate, such as whoever the Green Party fields or the candidate of one of America’s many small socialist parties.

Unlike the #NeverTrump faction of the GOP, the youthful socialist wing of the Democrats has increasing Main Stream Media power. And they have an array of popular websites, most of which have widely-distributed print editions as well, such as Jacobin, The Baffler, n+1, and Current Affairs. The vehemently Leftist, and extremely anti-neoliberal podcast Chapo Trap House reaches tens of thousands of listeners every week. And there are dozens of imitators.

Universities are filled with professors and students alike who view the Democratic Party, on the whole, as right-wing capitalist tools, and are ever eager for something more aggressive and Marxist to carry the banner of the Left. President Trump’s ascendancy has given them all an enormous boost in energy. Indeed, the political party Democratic Socialists of America have more than tripled their rosters since 2016.

Many socialists today have convinced themselves that Bernie Sanders would have defeated Donald Trump in the 2016 general election, and are overwhelmingly resentful of the Democratic Party Establishment for doing all they could to cripple Sen. Sanders’ candidacy. If in 2020 the nomination goes to Joe Biden, or someone similar, it may well disgust enough party members that they stay home or find a rising socialist star to vote for.

Even if that demographic is only one or two percent of votes, that can certainly be enough. Notoriously, it was that slim a margin that Ralph Nader is said to have “cheated” Al Gore from the Presidency in 2000.

Less noted: in 1968, Hubert Humphrey lost to Richard Nixon by less than one percent of the vote—something that could have been more than made up for if a few more peaceniks had gone to the polls instead of protesting the Vietnam War by staying home on election day. 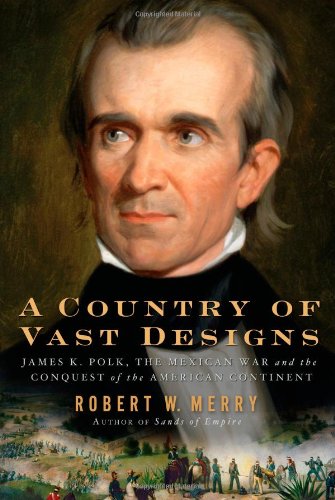 Before that, in 1844, had the two percent of the vote for Abolitionist Presidential candidate James G. Birney won gone instead to Whig Henry Clay, James K. Polk would not have become President—and what a consequential presidency that was!

By contrast, in 2016, the combined “conservative dissent” vote of the aforementioned Evan McMullin and libertarian Gary Johnson in no way kept Donald Trump out of the White House—not even close, despite the Libertarian Party shattering all its prior records by raking in over three percent of the popular vote.

And again, since that time, the support and popularity of #NeverTrump Republicans and libertarians has certainly and decidedly waned.

None of this is to suggest that white America is not facing off against demographic tide with serious electoral consequences that become more ominous each year.

Nor is this to say that President Trump is certain to win, or that his supporters needn’t bother supporting him in various ways.

But always remember, the anti-American side has serious problems too. Just as diversity causes dysfunction in schools, neighborhoods, and whole societies, diversity brings about all kinds of conflict within the very political party that so proudly promotes it.

And for that casualty of diversity, we should be most thankful.