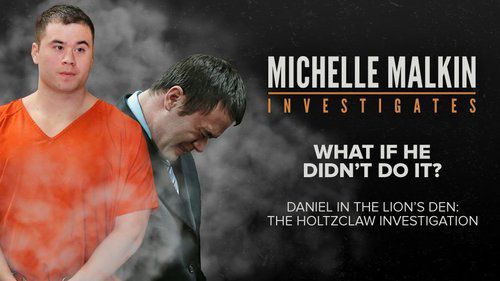 Earlier by Michelle Malkin: The Crisis in America's Crime Labs

If you are puzzled by the nationwide rape kit testing backlog, Oklahoma provides maddening insight on the bureaucratic forces that create intolerable inertia—and injustice.

An estimated 225,000 rape kits have gone unprocessed across the country; more than 7,200 have been neglected in Oklahoma. Last month, a woman who reported an Oklahoma City sexual assault to police back in 2011 discovered that her rape kit had gathered dust on a shelf in Tulsa's police department for seven years—after the Oklahoma County district attorney had informed her he was dropping the case because no rape kit existed.

Police, prosecutors and politicians do not have a sense of urgency about the issue. Why? My ongoing investigation shows that status quo obstructionists don't want to clear the backlog because they don't want the public poking around government-run crime labs—especially ones with a shameful history of forensic misconduct and a culture of destruction.

Solving the rape kit testing problem requires accountability and transparency. That means shedding light on long-buried secrets that go well beyond the usual incompetence and inattention that have led to backlogs. It's not just rape victims who suffer when criminal justice agencies shut out the public. It's criminal defendants trying to prove their innocence against charges of sexual crimes.

Consider Rayshun Mullins, who petitioned the state of Oklahoma three times for post-conviction testing of DNA evidence used against him in 2009. (The Sooner State was last in the nation to adopt a post-conviction DNA testing statute in 2013.) Three times he was denied. Why? Shockingly, dozens and dozens of crucial forensic items in Mullins' case have been destroyed or "lost."

Oklahoma requires that criminal justice agencies "retain and preserve" biological evidence for as long as a person convicted of a violent felony offense is incarcerated. Mullins certainly meets that criteria: He is serving a whopping 1,015 years plus six consecutive life terms behind bars for multiple rapes and robberies.

There is an exception allowing destruction of biological evidence if a criminal defendant is notified in advance and given 90 days to object. But as Mullins revealed to me last week:

"They never told me that they would destroy them. I found out when I got them papers."

The papers are part of an inventory compiled by the Oklahoma County district attorney's office, which I obtained exclusively. Among the destroyed or lost pieces of evidence in Mullins' case:

The Oklahoma City forensic analyst responsible for analyzing evidence in Mullins' case is former crime lab employee Elaine Taylor. She is the same analyst who confessed to her OCPD supervisor Byron Boshell back in 2000 that she destroyed untold numbers of rape kits after two years at the behest of her colleague and infamous OCPD rogue chemist Joyce Gilchrist (who said she was authorized to destroy evidence by former D.A. Bob Macy) because "the only thing I could do was follow her orders or else pay the consequences."

Taylor was conducting tests on rape kit evidence in Mullins' case less than three years after this shocking admission.  It is unknown for how long and in how many other cases this routine evidence destruction continued. What is known: Gilchrist facilitated several wrongful convictions (including two exonerated death row inmates) over more than a decade by falsifying blood evidence, destroying human hair evidence, concocting junk science testimony on dog hair, and lying about and destroyed semen evidence while Taylor worked under her.

Taylor is also the analyst at the center of former OCPD officer Daniel Holtzclaw's wrongful conviction, which he is appealing. Six internationally renowned scientists called for a retrial after examining Taylor's faulty work on the case. Like Mullins, Holtzclaw was charged with serial rape. Like Mullins, Holtzclaw was investigated by sex crimes Det. Kim Davis, who worked closely with Taylor for nearly 20 years.

At a recent deposition in federal lawsuits against Holtzclaw, who is represented in the civil litigation by famed exoneration attorney Kathleen Zellner, Taylor admitted she personally witnessed boxes of evidence from sex crimes, homicide and other cases being burned and shoved "in a big ole hole" down by the Oklahoma City river.

Moreover, Taylor contradicted her trial testimony, admitted the Holtzclaw forensic evidence could have been contaminated (by her son-in-law and co-lead Det. Rocky Gregory), and admitted to being involved in at least six other contamination cases (which Oklahoma officials, who held illegal secret hearings on Taylor's work, refuse to disclose to the public).

Lost, burned, buried, tainted: This is an alarming crisis, whether you are a rape survivor, criminal justice reformer, forensic scientist or taxpayer. And I'm certain it's not just an Oklahoma problem. Peel the layers of government intransigence enveloping a rape kit backlog and underneath you'll find much more than criminal neglect.