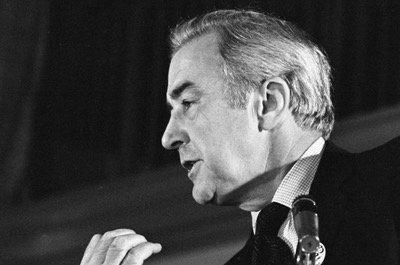 Eugene McCarthy died today. While he's being remembered for his Vietnam War opposition, and for bringing down LBJ, I prefer to think of him as a politician with normal attitudes towards mass immigration.

One of the sponsors of the 1965 immigration act, he said that he and other Senate sponsors (as Roy Beck put it) "never intended to open the floodgates. "

He was the author of The Ultimate Tyranny, about the legal difficulties put in the path of any third party that tries to challenge the bipartisan consensus.

Think of him when you're trying to find a party, any party to vote for on the immigration issue.

Update: Joe Guzzardi reminds me that McCarthy was an active member of FAIR's advisory board, and Brenda Walker has an obit up limitstogrowth.org.

Further Update: McCarthy also contributed a blurb for the cover of Alien Nation; his own anti-immigration book was A Colony of the World. (1992)