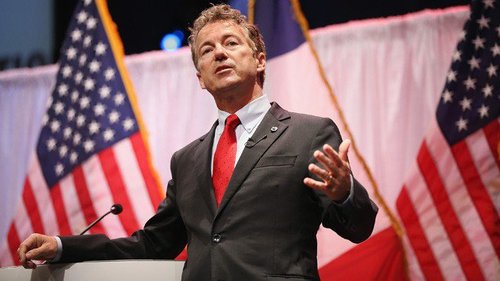 A Year After Ferguson, Another Bright Idea From GOP Elite—Go Soft on Crime!

One year after Ferguson, the MSM is celebrating as if the Narrative never Collapsed—and so is the GOP leadership. One of the unique things about Republicans is that they pander to people who will never vote for them while ignoring or insulting voters who could easily be coaxed back into their fold. Hence the current rush to embrace “criminal justice reform.”

What used to be called “law and order” issues were a cornerstone of the winning Republican agenda of the 1970s and 1980s. Presidents Nixon (1972) and Reagan (1984) won 67 percent and 64 of the white vote respectively by taking a tough stance against rioters and black criminals. These victories were made possible by working class white voters—often ethnic union members—who switched parties precisely because of social issues like crime, Affirmative Action, welfare and busing.

But those days may be over as cuckservatives and GOP leaders try to compete with Democrats in reducing minimum sentencing laws and releasing (mostly black) criminals from prison. That they are getting soft on crime when cities across the U.S. are seeing riots and sharp spikes in violence speaks to the clueless and corrupt nature of the Stupid Party’s consultant class:

“America’s demographics are changing at lightning speed, so Republicans are going to have to court minority voters, period,” said GOP strategist Ford O’Connell. “This is a smart way to do it. Will it move the needle on the 2016 electoral map? I don’t know. But at least there’s a realization that we can’t win the White House relying solely on white voters.”

The possibility that going soft on crime could alienate and demoralize the Republican base has apparently never occurred to Ford O’Connell [Email him] and the rest of the lavishly-funded K Street crowd.

The Hill’s Easley made the racial pandering behind “criminal justice reform” scheme very clear by eliciting this quote from Jonathan Blanks [Email him] of the Cato Institute:

For a long time Republicans wrote off the black vote, so here’s a place where they’re making an honest effort. But it’s going to be a long-term strategy for them and they have work to do just to get more minority voters to pay attention to them.”

Why do these consultants and think tank geeks believe that racial groveling works for the GOP? Jack Kemp made a career of pandering to blacks. This won him praise from Democrats and the Main Stream Media but it never translated into more black or liberal votes for Republicans (much less for Kemp himself in 1988 or 1996). Still, several Republican candidates are blindly staking their campaigns on the issue.

“Too many Texans were going to prison for non-violent drug offenses and once they got out of prison, many found they couldn’t get a job because they had a criminal record. The human soul yearns to be free—free from the chains of addiction, free from the chains of poverty. I am running for President because I want to make life better for all people, even those who don’t vote Republican.”

Needless to say, Perry had no words for those Americans who want to be “free” from drug gangs and their crimes.

Sen. Rand Paul (whose picture at the top of this page illustrated the Hill piece) has made pandering to blacks the centerpiece of his 2016 presidential campaign. In addition to promoting Affirmative Action and increased immigration (and constantly flip-flopping on Amnesty) Paul has urged the GOP to go soft on crime to earn more votes from minorities. 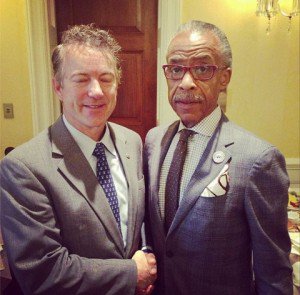 Part of this strategy involved taking the side of the Ferguson rioters and posing for photo opportunities with Al Sharpton. (See Rand Paul And Libertarianism Inc.’s Decay Into Anti-White “Anti-Racism”, January 1, 2015)

Other Republican candidates such as Chris Christie and Mike Huckabee have also jumped on the “criminal justice reform” bandwagon. And according to Treason Lobbyist Grover Norquist, quoted in The Hill article, going soft on crime is the way to win elections:

“I think it’s a winning issue for Republicans because it shows we can be tough on crime, but also smart on crime, and that when we say we’re for limited government and spending less, we mean it everywhere, even prison.”

But in that case why has this truckling not resulted in greater support for these candidates?

Paul in particular seems to have paid the price for pandering. For some strange reason, blacks and liberals have not come running to his campaign in their millions. His PAC raised only $3 million dollars in the first part of 2015 and he languishes at 6 percent in the polls. He is in 9th place in the supposedly libertarian state of New Hampshire.

Curiously enough, all the soft on crime candidates (Paul, Perry, Christie and Huckabee) together total18 percent in the latest CNN poll. [CNN/ORC poll: Trump elbows his way to the top, By Jennifer Agiesta, CNN,July 26, 2015] Even together, they can only tie Republican frontrunner Donald Trump.

In contrast, Trump has raised the issue of immigrant crime against American citizens. This has outraged Social Justice Warriors and the Establishments of both parties. But Trump has fought back and given as good as he gets. And Republican primary voters have rallied to Trump, who has even cited the “silent majority” that propelled Nixon and Reagan to decisive victories.

Trump has also attracted another demographic. According to a poll in Nevada, Trump is getting 31 percent of the Hispanic vote in the state. His nearest competitor is Scott Walker at 11 percent.[Trump Leads Nevada Poll with Overwhelming Hispanic Support Trump Has Commanding Overall Lead of 27.7% in Nevada Poll with 31.4% Support by Hispanics, PRNewswire July 16, 2015] See If Donald Trump Is So Offensive, Why Does He Have Better Hispanic Numbers Than Jeb?, by Washington Watcher for analysis of this.

Heretical thought: perhaps the key to Republicans winning a greater share of the Hispanic vote—not to mention winning the white vote which actually determines American elections – is straight talk on topics like crime, immigration, Affirmative Action, welfare, riots and other race-related issues.

With Trump surging and race grovelers like Paul, Perry and the rest fading, perhaps even GOP consultants will be able to recognize a winning issue.