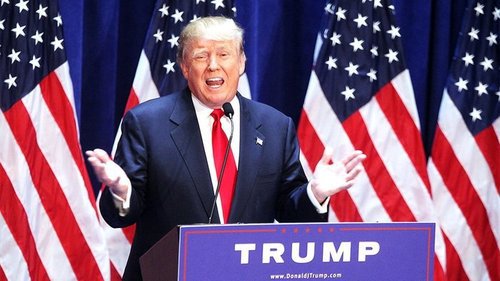 If Donald Trump Is So Offensive, Why Does He Have Better Hispanic Numbers Than Jeb?

Donald Trump’s hard hitting remarks on illegal immigration at his announcement speech took him from novelty candidate to frontrunner of the GOP within weeks. But predictably, Conservatism Inc. immediately began wringing their hands about how The Donald would cost the GOP the Hispanic Vote. For example, Hispanic conservative Ben Domenech (a white Hispanic of Catalan ancestry) argues, “Donald Trump's comments are hurtful for the cause of Republicans who want to reach out not just to Latinos but across many different ethnic barriers,” while GOP Chairman Reince Priebus fretted the comments were “not helpful” to the Party’s multi-million dollar Latino outreach. [GOP worries about Donald Trump fallout, by Chris Moody, CNN, July 8, 2015]

With his typical bravado, Trump responded to these complaints

I have a great relationship with the Mexican people. I have many people working for me - look at the job in Washington - I have many legal immigrants working with me. And many of them come from Mexico. They love me, I love them. And I'll tell you something, if I get the nomination, I'll win the Latino vote. [Donald Trump: 'I Will Win the Latino Vote', by Katy Tur and Carrie Dann, NBC News, July 8, 2015]

Salon described this as Trump’s “most delusional statement yet.” [Donald Trump’s most delusional statement yet: “I’ll win the Latino vote,” by Sophia Tesfaye, July 8, 2015] Arturo Vargas of the National Association of Latino Elected and Appointed Officials added, "I have yet to see any candidate win the Latino vote through insults and racist comments" [Latinos Laugh At Trump's Comment That He Will Win The Latino Vote, by Dolio Estevez, Forbes July 8, 2015].

Yet while no polls show Trump winning an outright majority of the Hispanic vote, many polls show him winning a plurality of the Hispanic vote. As the Media Research Center first reported, a Public Policy Polling found Trump with a favorability rating of 34% among Hispanics compared to 31% for Jeb Bush and 29% for Marco Rubio. [POLL: Trump Leads GOP Field Among Hispanics, Records 34% Favorability, by Tim Dionisopoulos, Media Research Center, July 27, 2015]

A Suffolk University poll also found among Republican Hispanics, Trump received 23% support compared to 17% for Bush and just 3% for Rubio, though it did show Trump doing worse than Bush in a head to head race against Hillary. [2016 Presidential Election National Poll Full Results, July 21, 2015]

Trump tweeted (or to be more specific, retweeted Ann Coulter) about the Media Research Center’s story.

This, predictably, led the Main Stream Media to mock Trump for selectively reading the poll, as if this is uncommon for a politician. Public Policy Polling snarked, “Trump trails 61 to 28 with Hispanics in this poll he's touting.”

Business Insider picked up on this to suggest that Trump was doing terribly among Hispanics:

Tom Jensen, PPP's director, told Business Insider on Wednesday that his firm "didn't even release a breakout of Hispanic voters for the Republican primary, and several other Republicans do better head to head against Clinton with Hispanics."

"It's a pretty novel interpretation of the poll results!" Jensen exclaimed in an email. "On the whole his numbers with minorities are pretty terrible." [Donald Trump touted a poll that said he'd be an 'unmitigated disaster' against Hillary Clinton, by Colin Campbell, July 29, 2015]

But what the poll actually shows is while Trump may be overstating his case (as he often does), he’s still making a point the MSM ignores.

These results are consistent with a recent CNN poll which found Clinton beating Trump 75%-21% among all non-white registered voters, while she beat Jeb Bush 75-23. The CNN poll did not separate Hispanics from African Americans, but as the latter votes even more monolithically for the Democrats than the former, it’s likely that Hispanics caused the slight variation. [CNN/ORC Poll: 2016 election preferences, July 26, 2015]

All of these numbers generally reflect the percentage of Hispanics who support patriotic immigration reform measures.

What does this tell you? Depending on the poll, Trump, the man whom the media and Hispanic leaders have tarred as an anti-Latino racist xenophobe, may receive a few less Hispanic votes than Jeb Bush or Marco Rubio. And Bush and Rubio are two Amnesty/Immigration Surge supporters who have based their campaigns on their supposed ability to win reach Hispanics.

Most notably, as I blogged yesterday, in a three way Jeb v. Hillary v. Donald match up, Trump receives 25% of the Hispanic vote to 21% of Jeb’s Hispanic vote. I suspect this is not because Hispanics love Trump, but because Trump would not be as identifiable as a standard Republican.

What all this shows is that Republicans do terribly among Hispanics regardless of the GOP candidate’s position on immigration. The reason is because Hispanics do not share the GOP’s values on other issues.

The solution seems obvious. Let’s hope The Stupid Party can figure it out.