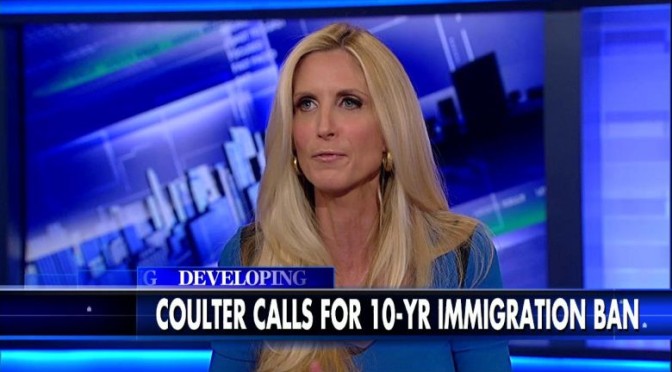 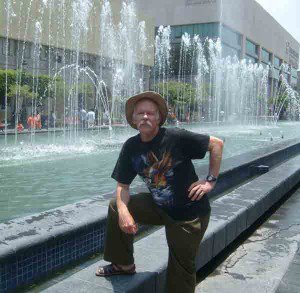 Fred Reed, an American living in Mexico as I myself did for many years, is attacking Ann Coulter for “manufacturing” facts about Mexican laws on the age of consent [Ann Coulter and the Manufacture of Pedophilia, Unz Review, July 31, 2015]. This is not the first time Fred Reed has attacked immigration patriots: he’s gone after John Derbyshire and counseled Americans to do nothing about their demographic dispossession. The easily-documented reality: Coulter is right. And the importation of sexual practices most Americans would consider perverted is just another side-effect of mass immigration from south of the border.

I have just read ¡Adios, America! by Ann Coulter, and discovered that Mexico, my current home, is a suppurating moral sore where men of fifty can legally screw little girls of twelve. Yes. It is perfectly legal. I know this is true because Miss Coulter says it is true. All a drooling pervert has to do is sweet-talk the child. “Hey, leetle girl, want an ice-cream cone? I geeve you a nice toy eef you let me….”

I am grateful to Miss Ann for the information. I have lived thirteen years in Mexico without encountering this astonishment. The Mexicans have not heard of it either. Mexican attorneys are unaware of it. The penal codes are barren of it. She in lone splendor knows of this officially sanctioned child-molestation...Specifically she says that the age of sexual consent in Mexico is “12 in all but one Mexican state and 14 in the other.”

But just because Fred apparently does not deal firsthand with Mexican age of consent laws doesn’t mean they don’t exist. Thus UNICEF, not known as a Right-wing organization, flatly says the age of consent in Mexico is 12 [The Convention on Rights of the Child, UNICEF, Accessed August 8, 2015].

There are four factors to consider: Mexican federal law, Mexican state laws, peculiarities of the Mexican legal system, and what really occurs in Mexican society.

Article 261 of the Mexican federal criminal code stipulates (my translation):

Whoever, without the purpose of reaching copulation, executes a sexual act with a person younger than twelve years of age or a person who does not have the capacity to understand the meaning of the action or for whatever reason cannot resist or who is obliged to perform it, will be applied a sentence of 2 to 5 years in prison.

Article 261 stipulates that a sex act, not limited to intercourse, with someone as young as 12, is legal on the federal level as long as the young person (usually the girl) understands the meaning of the act and isn’t forced into it.

So yes, the federal age of consent is 12.

If physical or moral violence is employed, the minimum and maximum of the penalty is increased up to half.

The following article is also relevant

Whoever has sex with a person older than twelve and younger than 18, obtaining consent by means of deception, shall receive the penalty of 3 months to 4 years of prison.

Hence under Mexican law, an older man who has sex with a girl in the 12-18 bracket can be charged with using “deception”—but the sex act itself is not illegal.

Fred doesn’t specifically refer to federal Mexican law in his article: he just cites the relevant statute of the law code of the state of Jalisco, where he resides. Guadalajara, Mexico’s second-largest city, is the state capital. Actually, a lot of Americans live in Jalisco.

Fred cites the Criminal Code of the State of Jalisco Articulo 142-M. His translation:

On one who copulates or the equivalent of copulation [“cópula equiparada” means penetration with anything other than a penis] with a person of minor age or who does not have the capacity to understand the significance of the act or to resist the act, will be imposed a penalty of:

Maybe that sounds to you like license to screw little girls of twelve. To me it sounds like a long time in a Mexican jail. I do not recommend confusing the two.

But what does the law actually say?

So the Jalisco law in question does not prohibit sex with girls from the age of 12-18 as long as they 1) understand what they are doing, 2) aren’t forced into it and could theoretically resist, 3) are not deceived into committing the sex act, and 4) are not “seduced” into committing it.

There are actually three more paragraphs in the Jalisco law that Fred, for some reason, didn’t translate. One says something very critical:

The indicated crime in section I of the previous paragraph, will be prosecuted by complaint on the part of the offended party or her/his legitimate representative.

(My emphasis). Here’s where we get down to the real nitty-gritty. Given the vague wording about “deception” and “seduction,” a man who has sex with a teenage girl might or might not be prosecuted, depending upon how the girl (and her family, if they know) feel about it afterwards.

Basically, if the girl or her parents don’t complain afterwards—then, legally, it’s not a crime!

The best explanation of this admittedly sordid topic is to be found in the Wikipedia article entitled Ages of Consent in North America in the section entitled Mexico (some don’t consider Wikipedia a good source, but in my observation it depends upon the subject):

The article includes a table of all the states of Mexico, with the lower and upper ends of their ages of consent. It’s usually 12-18, but in some states the lower end is 13, 14, or 15. In one state, Nayarit, the lower age is “puberty.”

Wikipedia reports that actual prosecutions in such cases are “sporadic, regional and very situation dependent.” In other words, there aren’t many prosecutions for men who have sex with young girls, even including those as young as 12.

Indeed, “In some Mexican jurisdictions prosecutors have chosen to prosecute consensual sexual activity involving adults and underage minors only upon complaint by the minor, or a custodial complaint.”

Bottom line: Yes, there are some complications and variations in Mexico, but on the essential point, Ann is right—Mexican federal law sets 12 as the age of consent, a sharp contrast to the 16-18 that prevails in the U.S. .

Here’s a video from an American who thinks Mexican consent laws are superior to ours. You wonder about his motives.

But at least Mexico has drawn the line at 12 years of age, right?

And as Ann Coulter has pointed out, these sorts of problems have been brought to the United States by Mexicans and other Latin Americans.

Thus back in 2007, Associated Press reported:

Public health advocates are turning to a new medium to combat statutory rape among Hispanics in Virginia: A comic book warning that sex between teenage girls and older men risks pregnancy or arrest….officials created a fotonovela, a type of Latino comic book featuring themes of love and betrayal….The 13-page story, written in English with Spanish references, will be distributed across Virginia starting in April….[PDF]

The book has also attracted interest from other states trying to confront the same problem, including Illinois, Arizona, Indiana, Pennsylvania, Florida and Tennessee…

The project also challenges the acceptance of underage relationships, which some Latino immigrants consider normal. …

Most Latinos don't condone "viejos verdes," Spanish slang for older men who prey on girls. But in the rural Latin-American towns where many immigrants originated, it's not uncommon for a man to date a girl, especially if he's a family friend. "In a lot of places, it doesn't matter the age," said Carmina Oaks, executive director of the Latino Resource Center, in Jackson, Wyo., where police have seen more than a dozen statutory rape cases in recent years, most involving Latina victims. "If it's your best friend's son, he could be maybe 10 years difference, the family are OK with that," Oaks said….Often immigrants come from countries with few if any statutory rape laws.

"There's some people that might not realize that this is even against the law," said Paz Ochs, who helped create the booklet and serves as a liaison between city officials and the Hispanic community in Richmond….

Experts warn that statutory rape is often unreported. Many Latina teens are reluctant to identify their children's fathers—often an indicator of an inappropriate sexual relationship, Franklin said. "The younger the female, the less likely people were to give the father's age," said Franklin, who studied hospital delivery forms to estimate that more than half of Latina teen mothers in Virginia were sexually active with adult men.

Hmm, do you suppose these problems have improved or gotten worse since 2007?

P.S. Incredibly, Reed also claims Mexicans don’t litter. But I wrote about Mexican littering when I was living there in 2004, and there has been subsequent VDARE.com commentary here and here and here