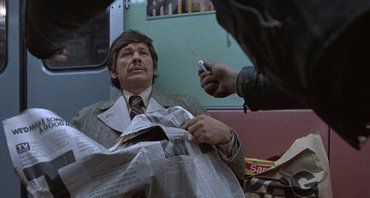 Earlier: DEATH WISH At Forty: Are We Allowed To "Notice" Race NOW? 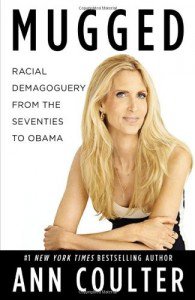 Astronomically low crime rates may be one of the greatest public policy triumphs in history. All this time, liberals have been lying in wait, dying to undo all the accomplishments of the last 20 years.

A quarter century of peace has lulled ordinary people into taking their safety for granted. They naturally assume that everyone regards it as a good thing that people are able to go about their lives without being raped, beaten, slashed or murdered.

They don't know liberals. I've been warning you since 2001 that, as soon as we left the room, liberals would start emptying the prisons and loosing predators on us again.

The stunning crime reduction of the last couple of decades is being called a "public policy disaster" from every news outlet—even the news outlets currently being looted in Baltimore.

Last week, The New York Times' Andrew Rosenthal [Email him] praised Hillary Clinton, saying she had "correctly identified this country's racist incarceration policies as a wrong that must be righted."[Republican Presidential Hopefuls Miss the Point on Baltimore, April 29, 2015]

The New York Times' working assumption is that the only way to judge the criminal justice system is to ask if Al Sharpton is unhappy.

The next day, yet another opinion piece hailed Hillary for confronting "American problems of poverty and violence, racial injustice and criminal policing," and her switch from a "conventionally tough-on-crime politician" to, presumably, a conventionally soft-on-crime politician. The column's only complaint was that "the solutions she was listing have been known for years. For decades." [On Baltimore, Hillary Clinton Is Half Right, By Lawrence Downe, April 30, 2015]

Yes, we spent all of the 1970s and 1980s trying those solutions—and our cities were war zones.

It wasn't politicians, but the public that finally demanded that the criminal class be taken out of circulation. Politicians had no choice: Either they had to build more prisons or be voted out of office.

Democrats, social workers, liberal judges and criminologists fought like mad to keep criminals on the street, coming up with ever-more creative excuses for why prison doesn't work and continuing to demand that we "close the achievement gap."

So much blood is on their hands! The "root cause" advocates are directly responsible for hundreds of thousands of murders, rapes, slashed faces, broken limbs and ruined lives.

By abandoning the left's "close the achievement gap" crime-fighting policies, the nation's murder rate was halved—to say nothing of the rape, assault and burglary rates. At least 150,000 Americans who would have been murdered under the old policies are still alive.

In New York City alone, about 10,000 people—almost entirely minorities—are not dead because the "close the achievement gap" crime policies were finally jettisoned.

The left has been in a blind rage ever since all their idiotic ideas about fighting crime were unceremoniously dropped by New York Mayor Rudy Giuliani.

Instead of understanding criminals, Giuliani thought we should lock them up. And guess what? It worked! In his first three years as mayor, the drop in crime in New York City alone was responsible for 35 percent of the reduction in crime nationally.

When the murder rate in New York plummeted an amazing 20 percent his first year in office, The New York Times heralded this accomplishment with an article titled: "New York City Crime Falls but Just Why Is a Mystery."

Over the course of his mayoralty, the number of murders in New York declined from about 2,000 a year to a few hundred a year –- and kept falling as Mayor Michael Bloomberg continued his predecessor's crime policies.

The end of crime in New York made life possible again.

Major building projects, redeveloped waterfront areas, concerts in the park—all this would have been impossible, but for Giuliani and Bloomberg virtually eliminating crime in New York.

It never occurs to Brooklyn hipsters—i.e., white liberals—just why it is they can live in Brooklyn at all. Before Giuliani, among the borough's famous residents was Tyrone Graham, known as the "Spiderman rapist," a criminal with a long rap sheet, who nonetheless managed to spend a few months of 1986 breaking into a dozen apartments, mostly in Brooklyn, to rape, rob and brutalize the occupants.

Tyrone was finally put away for the two-hour rape of Eileen Ross, a blind woman, in her 500 East 77th St. Manhattan luxury apartment, forcing her to flee the city and move to Oregon.

"Graham smashed Ross on the head with a wooden mallet, raped her twice at knifepoint, forced her to cook him breakfast, tormented her by saying he had killed one of her beloved beagles, and did blind one dog.

"After tying her up with wires from a stereo headphone, Graham stole a leather suitcase stuffed with a $2,000 mink coat. He also stole a videocassette recorder, jewelry, five pounds of shrimp, $80 and a bank card."

This was an everyday occurrence in the 1980s. Today, the Upper East Side, as well as most of Manhattan, is safer than any small town in Utah.

That was life in New York pre-Giuliani. Liberals want it back.

Article
PATRICK J. BUCHANAN: How, When, Do We Come Together Again?
MORE...
POPULAR TAGS