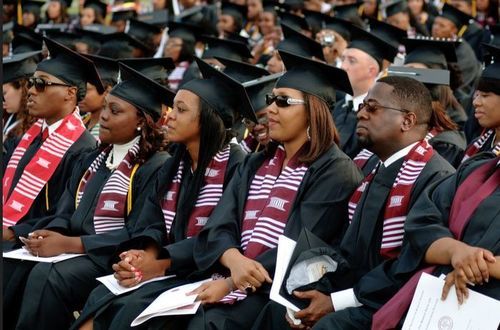 This is what I think of as the "Stock Photo" problem. You get a story about a man being arrested, and the story says he's black, but the stock photo of handcuffed hands shows white hands.

When I saw this on Twitter, with its embedded photograph, I didn't believe it for a second. 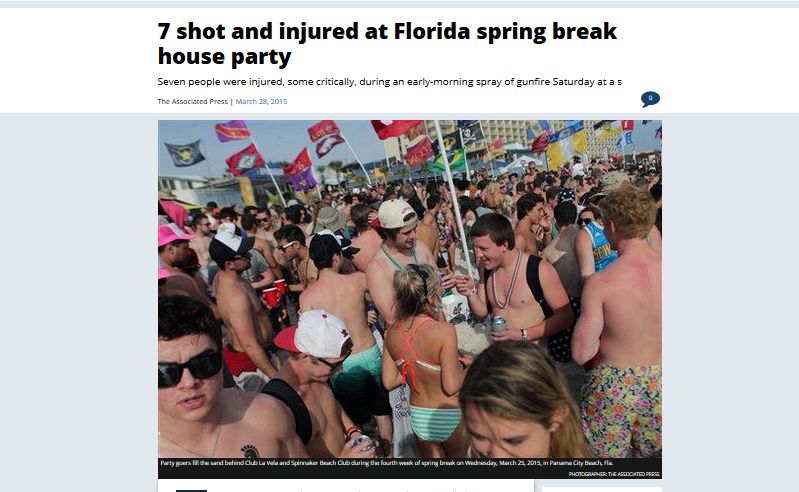 Those random Spring Break kids don't look like either the shooters or the shootees. Clicking on the links, I see this AP story:

PANAMA CITY BEACH, Fla. (AP) — Seven people were injured, some critically, during an early-morning spray of gunfire Saturday at a spring break party on the Florida Panhandle, police said. An Alabama man was quickly apprehended and charged with attempted murder.

Multiple 911 calls flooded in just before 1 a.m., reporting the shootings at the house party in Panama City Beach, and deputies arriving on the scene found a sprawling crime scene with victims inside the home, outside and across the street from it, and in the street’s median, the Bay County Sheriff’s Office said.

Officers set up a perimeter and found a suspect matching witnesses’ description. David Jamichael Daniels, 22, of Mobile, Alabama, was charged with seven counts of attempted murder and jailed awaiting a first court appearance. A .40-caliber handgun believed to have been used was found in the yard of a nearby home.

The sheriff’s office said several of the victims were students from Alabama A&M University in Panama City Beach for spring break.

A seventh victim — Anesia Powell, 20 — was shot in the left arm, chest, and knee, and was undergoing surgery Saturday. No condition was given.[More, emphasis added.]

Even if it weren't for the names, we'd know that this was a black-on-black crime—Alabama A & M is a "Historically Black" college—I. E. a more or less segregated school that doesn't get bothered by the Departments of Justice or Education about its racial makeup:

This what the students look like—note the difference from the Spring Break photo above? 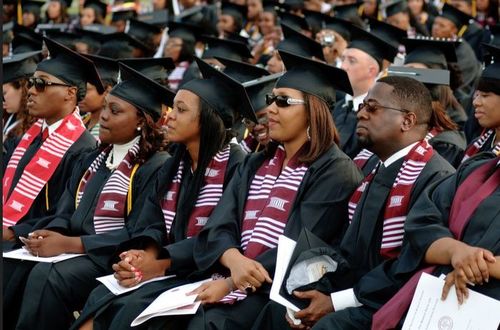 Because Kearria, Devanta, Henton, Jacole, Kelli, Tykeria, and Anesia were (allegedly, for legal reasons) shot by David Jamichael Daniels, their race is irrelevant to this story. If, however, Daniels had been stopped on his way to the party, and tried to kill a police officer...then it would become another police slaying of a young black male.