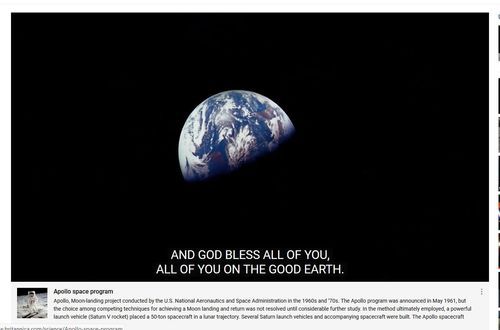 When I first started writing about the War on Christmas seventeen years ago, I really thought that the public celebration of Christmas was in danger of being replaced by a public celebration of “Holiday.” Today, that danger no longer seems quite so imminent. The difference is not that multiculturalists and secularists have stopped trying to suppress a holiday rooted in the Western culture and Christian belief that they deprecate and even despise. The difference is that ordinary people increasingly refuse to be intimidated into maintaining a public silence concerning the holiday that has been the principal annual festival of the West for well over a millennium, inspiring an unmatched profusion of art, music, and popular tradition, the disappearance of which would create a void that no ersatz “Holiday” could ever fill.

The first War on Christmas item that caught my eye this year was brought to my attention by a friend in October. A middle school in Virginia had decided that students would no longer perform Christmas music that mentioned Christ [Christmas songs with “Jesus” excluded from winter concert, by Karina Bolster, WBTV, October 10, 2018].

Such unfortunate decisions have been made in school after school across America for decades now, even though a policy of not allowing the performance of sacred music in schools is tantamount to a decision not to introduce children to serious choral music, since religious music lies at the heart of the West’s choral tradition. Such a misguided policy would have prevented me from singing Pietro Yon’s Gesu Bambino in junior high and my wife from singing the Hallelujah Chorus from Handel’s Messiah in high school.

The difference this year was that one parent decided to defend the public celebration of Christmas by complaining to the school and the local news media, and by questioning the flimsy reasons offered up to ban beautiful music, contrasting the school’s stated commitment to “diversity” and “inclusion” with its decision to exclude religious Christmas music: "I'm trying to rationalize how you can encourage diversity and yet be exclusionary in one specific area.” 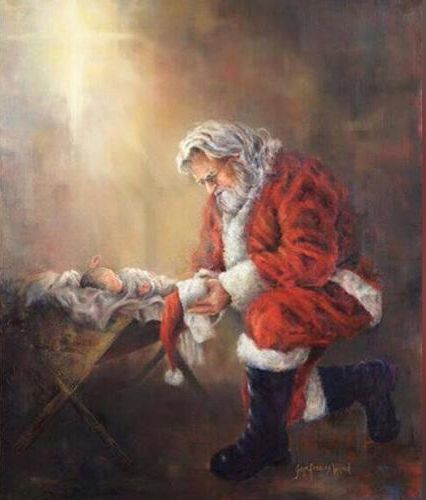 I do not know whether this parent’s resistance to the War on Christmas was successful. But parents in Nebraska did succeed in overturning an equally daft edict: an elementary school banned anything it saw as “Christmas-related,” including “Singing Christmas Carols,” “Playing Christmas music,” “Making a Christmas ornament as a gift,” giving out candy canes, since “the shape is a ‘J’ for Jesus,” and even displaying “Red/Green items.” Outraged parents contacted Liberty Counsel, and the anti-Christmas directive was revoked. As Liberty Counsel’s Mat Staver noted, the rescinded policy “was not based on ignorance of the law but hatred toward Christianity and Christmas.” [Nebraska's 'Grinch' Principal in Trouble for Totally Banning Christmas, Even Candy Canes!, by Christian Ellis, CBN, December 10, 2018]

Even tech giants were forced to back off of their hostility to Christmas this year. For a time, Facebook was blocking an image of Santa Claus kneeling before the Baby Jesus as “violent or graphic content.” After LifeSite News reported this inanity, Facebook stopped censoring the image, without even trying to explain how such an innocuous image had ever been considered “violent or graphic” in the first place. [Facebook censors image of Santa kneeling before baby Jesus, calls it ‘violent content’, Doug Mainwaring, December 5, 2018]

Now, if only LifeSite could persuade Google to have a doodle recognizing the origin of Christmas and the existence of Easter. (But it did convince Twitter to restore its account—banned in another of those “errors.”).

The War on Christmas is not confined to the United States but exists to varying degrees throughout the West, including countries that in theory have Established churches or otherwise favor Christianity in their laws. This is significant because it shows the attempt to suppress Christmas in the U.S. is not the result of the First Amendment but the result of Christophobia and anti-Western animus.

Thanks to mass immigration from the Islamic world, the War on Christmas in Europe now is sometimes more than metaphorical, as shown by this year’s bloody attack on the Strasbourg Christmas market.

Thistles Shopping Centre, Stirling, refused to allow a nativity scene in the Centre, but reconsidered when actors from Sancta Familia Media presented a living nativity scene and were welcomed by shoppers; they have now asked Legion of Mary to set up a traditional nativity. pic.twitter.com/6p1jgW1yvW

This, and the attendant publicity, caused the shopping center to change course and allow the Nativity display. [Scots shopping centre lifts ‘Grinch-like’ ban on nativity scene, by Russell Jackson, The Scotsman, December 12, 2018]

Perhaps the most widely reported instance of resistance to the forces behind the War on Christmas this year concerned a song that has nothing at all to do with Christmas, even though it is often included in the Christmas play lists of commercial radio stations—“Baby, It’s Cold Outside,” which won an Oscar in 1949 as Best Original Song. In late November, in my home town of Cleveland, WDOK—a station whose Christmas music I used to enjoy before the War on Christmas began in earnest—announced that it would no longer play the song, which critics claim glorifies sexual harassment and even date rape. Other stations followed suit, including KOIT in the Bay Area and the CBC.

This suppression is a foretaste of what will happen if Cultural Marxism triumphs: every work of art or expression of popular culture, no matter how celebrated in the past, will be jettisoned if it transgresses one of the many and ever-expanding taboos associated with Political Correctness.

As a practical matter, that would mean that little that was created before the 1960s and 1970s would remain in the public eye.

The decision to pull the song met with a fierce grass-roots backlash. Listeners complained, as did the daughter of Dean Martin, who memorably performed the song. In an act of defiance, Kentucky radio station WAKY played the song for two hours straight.

Both KOIT and the CBC then reversed course. [CBC reinstates Baby, It's Cold Outside amid audience reaction, CBC News, December 11, 2018]

Petulant outbursts by War On Christmas warriors suggested that they too sensed that the suppression of the public celebration of Christmas was no longer inevitable. The prime example of this petulance: Julia Ioffe’s column expressing her displeasure at being wished “Merry Christmas” by a Lyft driver first on Twitter and then from her privileged perch at the Washington Post. [Please don’t wish me ‘Merry Christmas’ | It’s impolite and alienating to assume I follow your religion, December 21, 2018] Ioffe [Email her] an immigrant from the Soviet Union and presumably a beneficiary of the notorious Lautenberg Amendment, has been treated very well by America and Americans. If she wished to show gratitude for this, an easy way to do that would be to accept the American celebration of Christmas. Instead, she waxed nostalgic about the Soviet suppression of Christmas, complained about the “oppressive ubiquity of a holiday like Christmas,” and argued that it was impolite for Americans to wish strangers “Merry Christmas,” even though “Merry Christmas” is an expression of good will and the vast majority of Americans do in fact celebrate Christmas.

I understand that Ioffe very much wishes that the U.S. would turn itself into a replica of the Soviet Union each December, but there is absolutely no reason for Americans to grant Ioffe this wish. I believe more and more Americans are coming to realize this.

One of the examples of the War on Christmas I used in an early essay on the topic came from a good friend who works at NASA. The NASA facility in Cleveland stopped playing Christmas music even as NASA was issuing memos about obscure non-Christian winter holidays and urging its employees to be sensitive to them. My friend has continued to share with me a variety of Politically Correct NASA pronouncements over the years.

This year was different. Trump’s NASA Administrator, former Rep. Jim Bridenstine, issued a video reminding NASA employees about how the its astronauts celebrated Christmas while their exploits were amazing the world.

As Bridenstine noted, the first people to orbit the Moon were the astronauts of Apollo 8. On Christmas Eve 1968, they reached the Moon and commemorated the event by reading from the Genesis account of creation. They ended their broadcast with “Merry Christmas and God bless all of you on the good Earth.”

'Merry Christmas...and God bless all of you on the good Earth'#Apollo8 Christmas Eve 1968 message, over SELENE (Kaguya) 'Earthrise' footage, similar to the view seen by Borman, Lovell + Anders @DavidBflower @DaveAtCOGS

Bridenstine did likewise, wishing NASA employees a Merry Christmas, having pointedly noted that one of the freedoms Americans enjoy is the freedom to celebrate Christmas—unlike in the Soviet Union, then our moon-race rival. 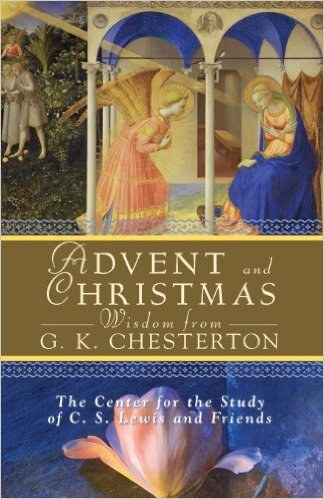 Back in 1968, wishing people a Merry Christmas was an accepted part of American culture. As encouraging War on Christmas Resistance has been, that is no longer the case. We have lost a great deal since 1968—which happens to be the year when the disastrous 1965 Immigration Act kicked in—and we may never recover what we have lost. If we do, though, Americans’ enduring affection for Christmas will play a part.

In 1909, G. K. Chesterton noted what the West was even then beginning to lose. A great enthusiast of Christmas, Chesterton also noted the role Christmas would play in any restoration of the beliefs that built the West:

I have very little doubt myself that, somehow or other, an inspiring and compelling creed will return to our country, because religion is really a need, like fires in winter: where there is no vision, the people perish, and perish of cold. The nation that has no gods at all not only dies, but what is more, is bored to death. But if ever a faith is firmly founded again, it will be at least interesting to notice those few things that have bridged the gulf, that stood firm when faith was lost, and were still standing when it was found again. Of these really interesting things one will be the celebration of Christmas. [The Wrong Books At Christmas, Illustrated London News, January 9, 1909]