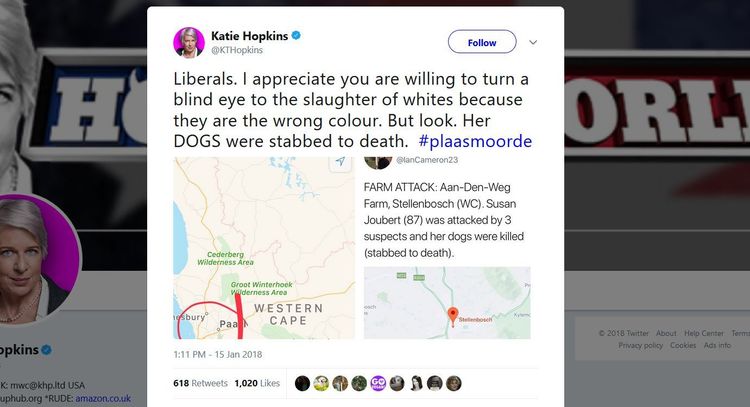 South Africa's white farmers have their collective heads on the block following the vote by the country’s parliament to expropriate their land without compensation. The plan’s main proponent, Julius Malema of the Economic Freedom Fighters party, says white farmers are "criminals" who must be driven off the land. Make no mistake, this is shorthand for extermination. Congress should immediately direct that U.S. refugee policy be reoriented to rescue these victims threatened by looming—indeed, developing—genocide, as it did with the notorious Lautenberg Amendment, which captured the U.S. refugee intake to favor Soviet Jews. But President Trump doesn’t have to wait—there is precedent for immediate Executive Action. 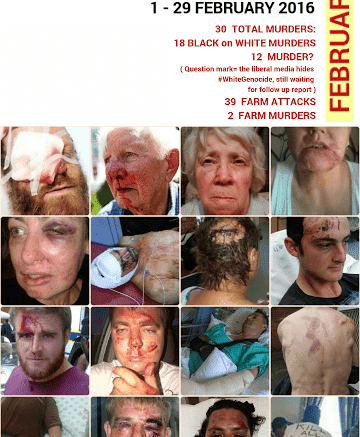 Even the Leftist Newsweek Magazine takes a dim view of the future for white farmers in a country once touted as a burgeoning "rainbow" paradise where "one man, one vote" and Marxist central planning would lead to prosperity for all South Africans—blacks, whites, coloreds and Asians. [Thousands Sign Petition Asking Trump to Let White Farmers in South Africa Migrate to U.S. After Country Votes to Force Them Off Land, by Chantal Da Silver, Newsweek, March 1, 2018] Newsweek’s story noted a Change.org online petition of more than 18,000 signatures asking Trump to accept white South African Christians in place of Somali Muslims and Middle Easterners who are difficult to vet and prone to non-assimilation. There's also a White House petition: Immigration Priority to South African Farmers facing Systematic Land Confiscations and Murder February 28, 2018.

But Trump already holds all the executive power he needs, and the legal cover, to pull off a sweeping rescue mission of South African refugees. A provision in the 1980 Refugee Act specifically allows for emergency extraction of vulnerable populations subject only to a Congressional hearing (not legislation):

(B) After the President initiates appropriate consultation prior to making a determination, under subsection (b), that the number of refugee admissions should be increased because of an unforeseen emergency refugee situation, to the extent that time and the nature of the emergency refugee situation permit, a hearing to review the proposal to increase refugee admissions shall be held unless public disclosure of the details of the proposal would jeopardize the lives or safety of individuals.

Of course, ideally Trump would also get Congress on board with a plan for an emergency increase in refugees from South Africa. He could lean on Australia, New Zealand and the U.K. to pitch in and accept these threatened farmers.

It's been done before. In 1990 the U.S. Congress adopted legislation creating the Lautenberg program, named after U.S. Sen. Frank Lautenberg, to resettle Soviet Jews in the United States.

The Lautenberg program was then expanded in 2003 to pave the way for persecuted Iranian Christians to be resettled in the U.S.

All that is needed is for the president to step up and lead. Some of the funding could certainly be transferred from the existing refugee resettlement program, with emergency funding filling in the gaps. Once awareness is built up, Congress must be pushed to allocate additional funding. 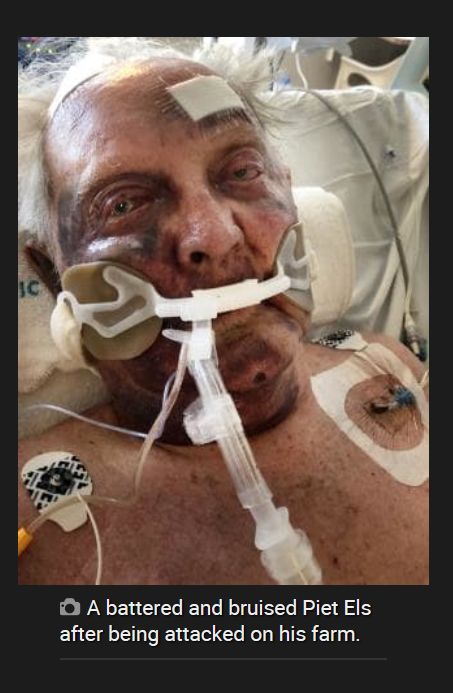 Trump should start by drawing awareness to the problem. That would lead to more air time for the South African situation on Fox News and talk-radio shows like Rush Limbaugh who have mass audiences.

The truth is most Americans have no idea what is going on in South Africa—but if they did, they would certainly support a massive refugee airlift.  [Silent slaughter: South Africa’s farmers being attacked, forced from land, by Paul Toohey And Gary Ramage, Daily Telegraph, Australia, March 11, 2018] There are already regions of South Africa where it is illegal for whites to own land, based simply on the color of their skin. As Stefan Molyneux has said, this racial hatred against whites, if it were reversed, would top the U.S. evening news every night. Molyneux urges that the West act proactively and resettle South African whites as refugees before they are dispossessed and killed by the country's racist government.

Some will argue that the white farmers of South Africa don't fit the description of a refugee because most aren't poor and don't live in tents. But neither did the Soviet Jews, many of whom had to sell houses and cars before they migrated to the U.S.

According to the 1951 Geneva Convention On The Status Of Refugees [PDF] a refugee is defined as a person who has a "well-founded fear of persecution" due to their religious or political beliefs, or their racial or ethnic background.

No one fits this definition better than white South Africans.

The great Ann Corcoran, who follows the refugee racket at Refugee Resettlement Watch, tells me that everything in the DNA of the United Nations is geared toward helping refugees who are black and brown.

"The Left would go nuts," she says, if Trump were to propose an airlift for white South Africans.

The nine Refugee Racketeers, federal contractor such as World Relief, the U.S. Conference of Catholic Bishops and Lutheran Immigration and Refugee Services, are hurting right now due to Trump's drastic cuts in the inflow.  They get paid by the head for every refugee they bring to the U.S. With fewer refugees arriving, they have been squawking about having to close offices and pare staffs.

"But this is where we call their bluff," Corcoran says. "Do you really want more refugees or do you just want to import more Muslims from Africa? Do they not want to save white Christians facing genocide?"

For a Catholic organization, or an evangelical organization like World Relief, that should be a powerful argument.

"This would turn the U.N. on its head, because they have built up this entire meme that only black and brown people are persecuted," Corcoran said. "They're not built for that. They're only built for white people being the evil persecutors of the world."

A South African airlift would bring not only farmers but highly skilled workers to the West.

That's because the 1998 South African Employee Equity Act requires all companies contracting with the South African government to have staffs that mirror exactly the racial makeup of the country as a whole. Thus, a company cannot employ more than 8 percent whites if it wants to do business with the government. As a result, some of the most qualified engineers and scientists have been laid off, many forced to live in squatter camps.

It's a little-known fact that, under current practice, more than 95 percent of refugees admitted to the U.S. are hand-selected by the United Nations. [The UN's Role in U.S. Refugee Resettlement By Nayla Rush, CIS.org, January 11, 2016] If South African white farmers are going to be rescued, it's going to have to be in spite of the United Nations.

"Truth be told, the One-Worlders do not want whites to be designated as refugees," Ann  Corcoran says.

It would open Pandora's Box for the resettlement of other emerging blocs of persecuted white populations.

"The next thing you know, ethnic Swedes and Germans would be demanding resettlement in whatever bastions of Western Civilization remain as they are persecuted in their own countries, which are becoming Islamic states," Corcoran tells me.

Will Trump answer the call to rescue the endangered whites of Southern Africa?

There’s an important reason why he should. To be re-elected in 2020, Trump needs to mobilize the GOP/GAP white base—above all in Greater New England, from Portland ME to Portland OR. By championing white South African admissions, when Democrats are openly gloating that current immigration policy will soon drive whites into a minority, he is guaranteed an hysterical Trump Derangement reaction that will convey the critical message to whites: They Hate Us, They Really Hate Us. 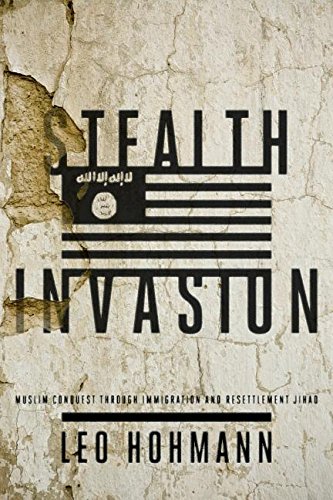 Leo Hohmann [Email him] is an independent investigative journalist and author of the 2017 book Stealth Invasion: Muslim Conquest through Immigration and Resettlement Jihad. His website is LeoHohmann.com and he can be found on Twitter @LeoHohmann.