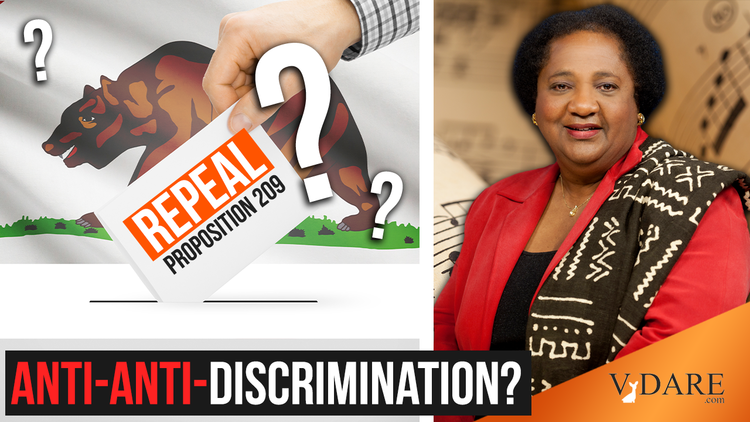 John Derbyshire: THE ECONOMIST Magazine Behind Curve—Race Racketeers Have Rejected Color-Blindness In Favor Of Arrogant Extortion

I greeted my July 11th issue of The Economist magazine with mixed feelings: 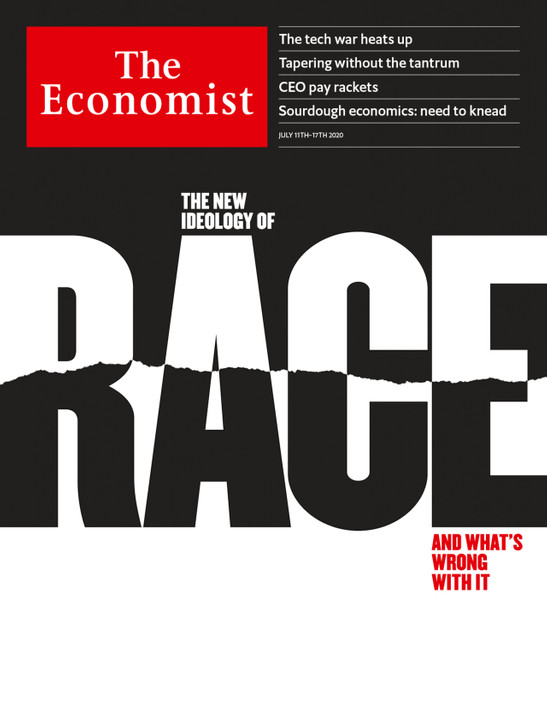 For a fleeting moment I thought the "new ideology" that The Economist was talking about might be honest race realism, and that what's wrong with it from The Economist's viewpoint, which is, of course, that THERE IS NO SUCH THING AS RACE! No such luck. The "new ideology" it’s writing about is not race realism but Wokeness and the cranky anti-white obsessions of the Wokesters as found in books like Robin DiAngelo's current bestseller White Fragility.

The household income gap is the same as it was in 1968.

You don't say! That's more than fifty years. Is there anything we haven't tried in those fifty years to make the races come out equal, up to and including stuffing our courts, schools, police departments and corporations with black authority figures and electing a black President?

Still and all, with race hysteria at its current fever pitch, there's a sort of quaint charm in The Economist's old-fashioned liberal naivety. Fix the schools! Integrate our neighborhoods! Expand the Earned-Income Tax Credit! Everything will come right at last, black and white all equal!

Yes, say what you like about the old, Economist style of liberalism, it's nothing like as barking crazy as this newer brand of race-racketeering.

Case in point: the Smithsonian's National Museum of African American History and Culture, opened just four years ago on Constitution Avenue in our nation's capital. The Museum, via its online portal, has been educating us about whiteness.

White dominant culture, or whiteness, refers to the ways white people and their traditions, attitudes, and ways of life have been normalized over time and are now considered standard practices in the United States.

Scary, huh? What are these peculiar folkways that white people have imposed on our nation? Things like (actual quotes):

Good grief! What a perverse, twisted set of values! How people of color must suffer under the oppression of such ideas! 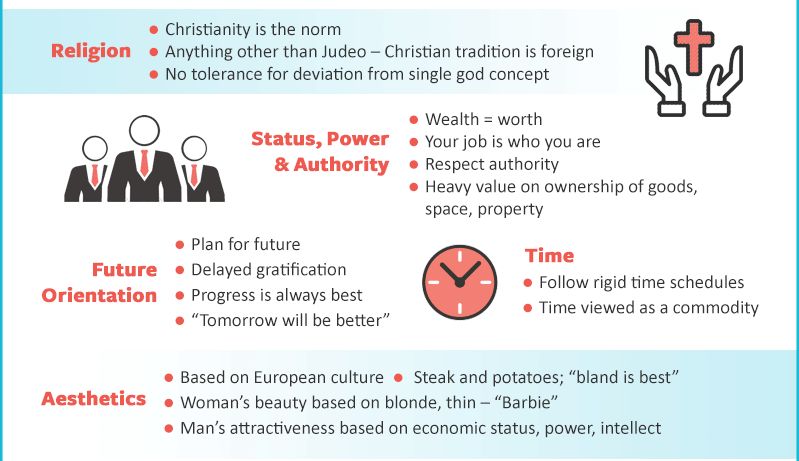 Well, it's easy to laugh. A great many people did laugh after Byron York tweeted out the image mid-week. It seems to have since been taken down; at least, I couldn’t find it on the museum's website at week’s end.

The people who made that web page weren't laughing when they made it, though. They were in earnest. They believe this stuff. And the authorities at the Smithsonian—one of our nation's most prestigious cultural and educational institutions—saw nothing wrong with it until the laughing and jeering broke out on Twitter.

That's how far we've come; that's how wide the rot has spread.

If you think that we should maybe just scrap all this obsessing about race and try pure color-blind meritocracy — well, if you think that you are really trying to swim against the current. The new fashion: arrogant, rent-seeking extortion.

Case One: When California voters go to the polls this November, they will see on the ballot sheet a proposition to repeal Proposition 209.

What is that? Proposition 209, the one they will be invited to repeal, was passed in 1996. It prohibits the state from discriminating against, or granting preferential treatment to, any individual or group on the basis of race, sex, color, ethnicity, or national origin in the operation of public employment, public education, or public contracting.

In other words, it bans Affirmative Action. So California currently, over wide areas of employment, education, and commerce, is constitutionally colorblind.

A lot of people don't like that. State Assemblywoman Shirley Weber, a large black lady, especially doesn't like it. 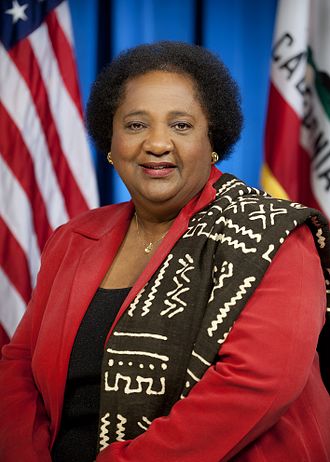 Proposition 209 [that's the one she wants to repeal] has cost women and minority-owned businesses $1.1 billion each year … and has allowed discriminatory hiring and contracting processes to continue unhindered.

Get that? A prohibition on discriminating by race or sex…discriminatory.

If you don't understand the logic of that it's probably because you've succumbed to objective, rational linear thinking, you White Supremacist, you!

The back story: Fifty years ago, after charges of discrimination from some black musicians, the New York Philharmonic, soon followed by other American orchestras, began to hold auditions behind a screen, so that judgment was strictly on musical quality, not influenced by the player's race or sex—"Blind auditions.”

Alas, it's not working very well. That is to say, it’s not producing a Politically Correct result:

In a 2014 study, only 1.8 percent of the players in top ensembles were Black; just 2.5 percent were Latino.

What to do? The NYT’s Tomassini of course knows:

If things are to change, ensembles must be able to take proactive steps to address the appalling racial imbalance that remains in their ranks. Blind auditions are no longer tenable.

See that? Color-blindness is racist!

Here's a brief footnote to that second case, also from the world of classical music; and also from July 16th, although this story is from the Washington Post of that date. Headline: That Sound You're Hearing Is Classical Music's Long Overdue Reckoning With Racism. (By Michael Andor Brodeur—Tweet him.)

So we're in the same territory here we were in with that New York Times piece: the appalling racism being practiced by orchestras and opera companies against blacks and Latinos.

This one, though, includes a curious little arithmetical oddity that a keen-eyed reader spotted and emailed in to me about. Thank you, Sir!

Here is the oddity. Listen carefully. WaPo reporter Brodeur tells us that from 2002 to 2014, the proportion of black musicians in American orchestras "languished at around 1.8 percent." That's the same proportion as given in the New York Times story: 1.8 percent. Probably both reporters read the same study—Racial/Ethnic and Gender Diversity in the Orchestra Field,  by James Doeser, Ph. D., September 2016.

Hold that in your mind: black musicians in our orchestras, 1.8 percent.

Then, just two sentences later in the same paragraph we get this, quote:

Between 2010 and 2016, black conductors and music directors have accounted for just 2 to 6 percent of the field.

Since black musicians as a whole are languishing at 1.8 percent, if 2 to 6 percent of conductors and music directors are black, that means blacks are being promoted out of the orchestra pit into those more prestigious slots two or three times more than their overall representation would lead you to expect.

But wait. I did some math to reach that conclusion. And math is, as I'm sure the Smithsonian's National Museum of African American History and Culture would be glad to confirm, white man's ju-ju—a style of objective, rational linear thinking.