WEST HUNTER's Greg Cochran (And Ron Unz) Vs. The "No Such Thing As Race" Flapdoodle

Gregory Cochran, co-author with the late Henry Harpending of one of the best books on human evolution to be published in recent years (and otherwise famous, like the much less late Gilbert Harding, for not suffering fools gladly), tosses and gores the "no such thing as race" flapdoodle over at the West Hunter blog.

There's a good argumentative comment thread, one of whose participants, plainly a Radio Derb listener, refers to "Czechia."  Hah!

(At the risk of incurring a blast of Cochranian scorn, however, I venture to speculate that the phrase "<1 immigrant" in his post should read "<1% immigration.") 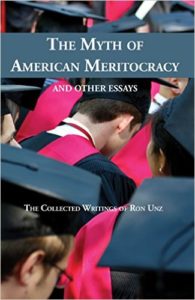 And if you like this kind of thing, I recommend Ron Unz's 2014 article "Does Race Exist? Do Hills Exist?"  Sample:

All too many socially-conditioned Americans have absorbed the Lewontin-Gould mantra that “Race Does Not Exist” which from a scientific perspective is roughly similar to claiming that “Teeth Do Not Exist” or perhaps “Hills Do Not Exist,” with the latter being an especially good parallel. It is perfectly correct that the notion of “hill” is ill-defined and vague—what precise height distinguishes a pile of dirt from a hill and a hill from a mountain?—but nevertheless denying the reality or usefulness of such a concept would be an absurdity. Similarly, the notion of distinct human races—genetic clusters across a wide variety of scales and degrees of fuzziness—is an obviously useful and correct organizing principle, and one which was probably accepted without question by everyone in the history of the world except for deluded Americans of the last fifty years.

That article, by the way, along with more than a hundred others from Ron's pen, dated from 1985 to 2015, can be found in his splendid book The Myth of American Meritocracy and Other Essays.