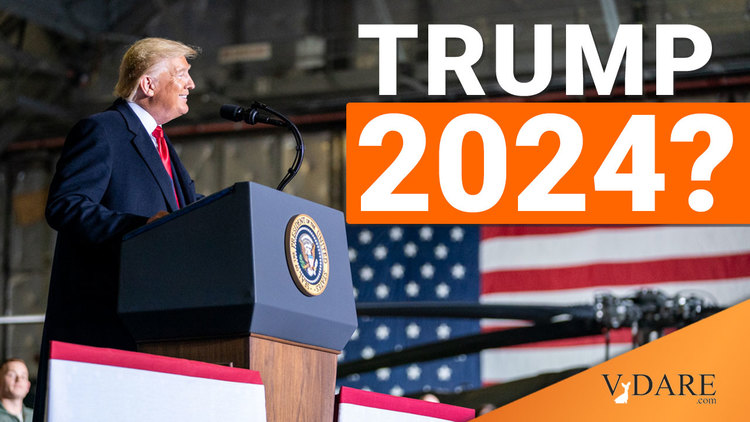 “It’s All Very Fragile”—Trump Is Right. The Country Is Coming Apart. And Immigration Is A Reason

VDARE.com does not endorse candidates and our sole interest is whether they advance the cause of patriotic immigration reform.

On the eve of the 2020 election, I posted A Long Farewell To Donald Trump, Immigration Patriot. And Thanks.

(The thanks were for that great night of November 8, 2016. I quoted Chesterton’s The Donkey:

Fools! For I also had my hour;
One far fierce hour and sweet:
There was a shout about my ears,
And palms before my feet.)

But I also said that I and all immigration patriots had to face a sad fact: The time has come to move on. This was because, despite significant administrative achievements, Trump had not even attempted to legislate cuts in legal immigration and, in fact, had even begun to deny that he ever wanted to cut it.

On the evidence of Trump’s announcement tonight, that’s still the case.  His speech contained no mention of legal immigration, let alone the wage-boosting immigration moratorium implied in his great, much-missed August 15, 2015 Position Paper [Immigration Reform That Will Make America Great Again, PDF] or the abolition of birthright citizenship etc. And no zingers about Mexico not sending its best.

So the way is still clear for someone (FL Governor Ron DeSantis?) to outflank Trump on the issue.

But it’s hard to see how DeSantis can explain that to ¡Jeb Bush! and Paul Ryan, both of whom have endorsed him.

And who knows with Trump? He’s not a normal candidate. He’s surprised us before.

VDARE.com avoids the horse-race aspects of elections but we do have some thoughts:

Many of these races were very close. A point either way in many of them would have completely, but irrationally, transformed the mood.

Although it didn’t register in public debate, the GOP actually gained 14 House seats in 2020—one reason Trump’s defeat that year appeared so anomalous. In 2022, the GOP seems likely to finish in the majority, with about 220 seats in the House—remarkably close to the 230 achieved in 1994, the year of the celebrated “Republican Revolution.”

The Left is celebrating because it avoided annihilation, but this is a far cry from their initial hopes of a second 1934—building on a radical president to achieve Congressional supermajorities. Basically, the country is deadlocked.

VDARE.com does not take a position on anything except immigration, but as a matter of fact it does seem that the abortion wars are now over. By overturning Roe, the Supreme Court has returned the issue to the states, where different patterns are emerging. 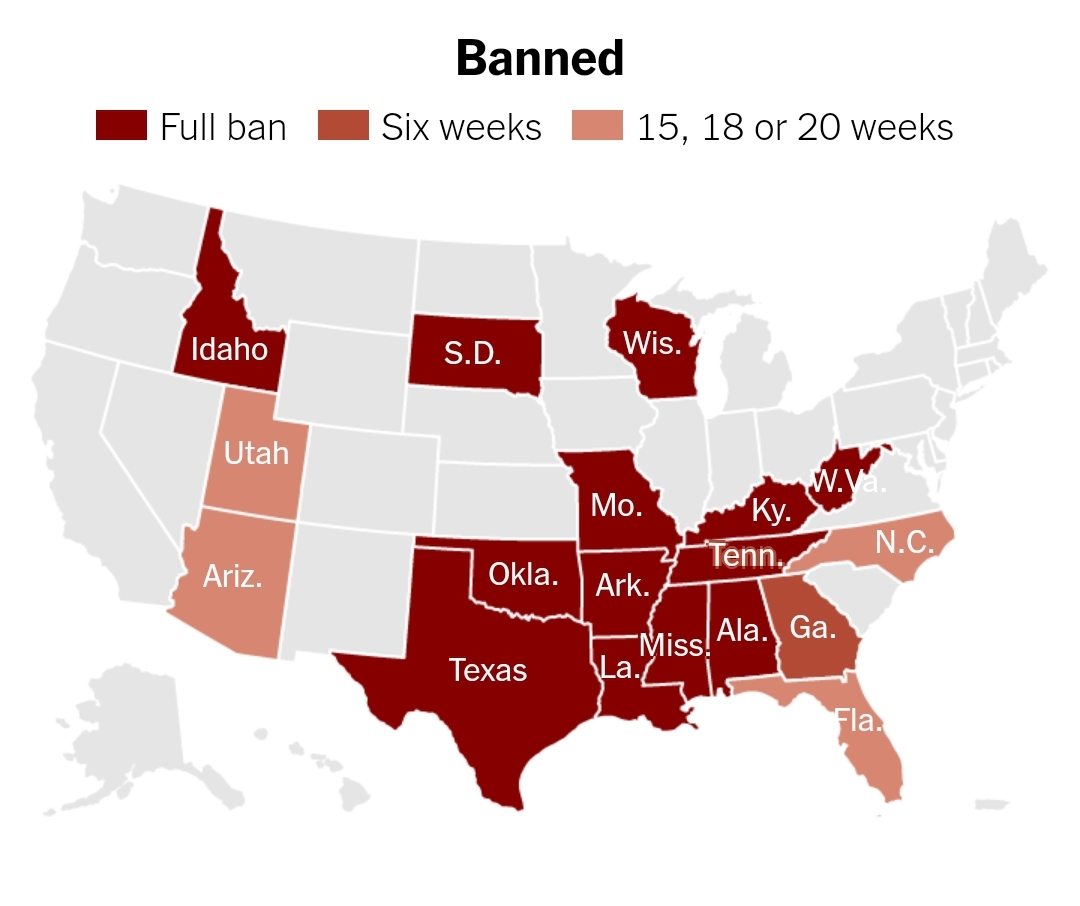 Of course, this is an unprincipled compromise—from the Right To Life movement’s point of view, equivalent to allowing states to decide if murder is illegal—but it does mean that most Americans will be living in jurisdictions where their personal preferences are by and large honored. Radicals on both sides (pro-abortionists at least as fanatical as Right To Lifers) will try to federalize the issue, but my guess is that most federal politicians will want to avoid it.

Ironically, returning abortion to the states was the solution that my late employer Orrin Hatch (R-Utah) almost got passed in 1983—with, at one point, the support of Joe Biden (D-Delaware) [Fact check: In 1982, Biden voted in support of an amendment to overturn Roe v. Wade, by Sudiksha Kochi, USA TODAY¸ July 19, 2022].

At the state level, the issue will continue to be fought out. And, for what it’s worth, I wouldn’t rule out the Right To Lifers. After all, they were still fighting after 50 years of federally imposed abortion on demand.

The brilliant Hunter Wallace at Occidental Dissent has pointed out that, in much of the country, there was indeed a Red Wave.

Because VDARE.com is now based in West Virginia, I’ll use Hunter’s synopsis as a microcosm:

West Virginia is a small state which had a low turnout election. Republicans easily won both House seats. The swing from the 2020 election was D+3 in WV-01 and D+5.8 in WV-02. Turnout was 33.8%. Donald Trump wasn’t on the ballot and some of his voters obviously didn’t show up.

West Virginia is one of the most lily White states in the country. It is Appalachian in culture. It is heavily White working class. White evangelical Protestants are 32% of the population. A strong abortion ban was passed there and Democrats were crushed.

To put this in context, Democrats controlled the West Virginia House and Senate continuously from 1933 to 2015.

West Virginia’s dramatic evolution is a precursor. It means that the Historic American Nation is on the move. The Sailer Strategy is working—most dramatically, in this election, in Florida.

Of course, this is still not apparent in what I called Greater New England, from Portland ME to Portland OR. The GOP ignored my advice and made no systematic effort to appeal to the white vote in this area—witness Paul Ryan’s wonkish tax plan attack on state and local deductions, devastating in the high-tax Blue states.

But even here there are signs of revolt in crime-plagued New York and in state secession movements, e.g., in Oregon and Illinois.

Emphasis added. I don’t why exactly Trump says the country is fragile. But he’s right. It really is coming apart.