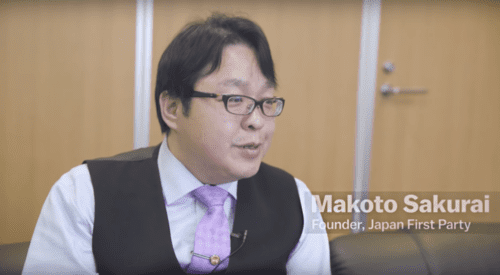 See also: Federale In Japan: It Works—And It Could Work In The U.S. Too

During my most recent trip to the Land of the Rising Sun, I pondered President Donald J. Trump’s struggle to protect the Historic American Nation from demographic displacement via immivasion at the southwest border and a never-ending stream of legal-but-hostile immigrants. Given the chance, the Open-borders globalists who oppose Trump would do the same to the Historic Japanese Nation. But just as we have Trump (maybe), Japan has Makoto Sakurai, the leader of the Japan First  group, which wants to stop immigration and keep Japan for the Japanese.

News-wise, though, Japan First isn’t the only or most recent positive development. 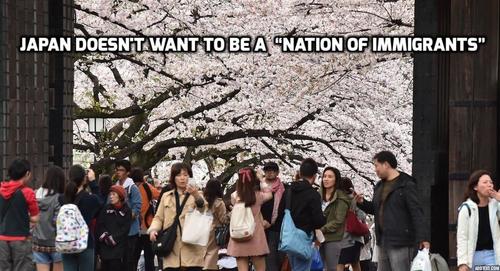 For example, another is the moving celebration of Japanese identity in welcoming the new imperial era, Reiwa, which began on May 1. The new emperor is His Imperial Majesty Naruhito, the son of Akihito, now the emperor emeritus. Directly descended from the Amaterasu, the goddess who created Japan, the emperor symbolizes and personifies the nation. That creation myth forms the basis of Japanese unity and uniqueness. They rightly believe themselves a race and a culture apart from all others. 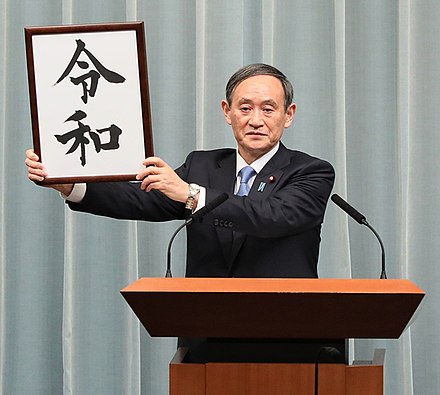 Reiwa, she wrote, “comes from two Chinese characters, the first meaning ‘good’ or ‘beautiful’ as well as ‘order’ or ‘command’ and the second meaning ‘peace’ or “harmony.’” Yet the characters came from “an ancient collection of Japanese poetry, in a break with the tradition of selections from ancient Chinese texts.”

The name implied “culture is born and nourished when people’s hearts are drawn beautifully together,” Abe told a news conference.

Asked the significance of its selection from a Japanese classical text, Abe said: “It is a collection which expresses our nation’s rich culture, which we should take pride in, along with our nation’s beautiful nature.

“[Abe’s] interpretation echoes his calls for Japan to be proud of its roots and its tradition,” said Koichi Nakano, a professor of political science at Sophia University.

“He wants Japan to be proud of their country and this was seen as an opportunity to boost that.”

Globalists such as Sieg aren’t keen on such ethnic pride for the same reason they aren’t too happy about Sakurai and his Japan First group. Both defy the globalist, deracinated elites and the borderless world they would create. What works elsewhere won’t work for Japan, which again, is unique in its racial homogeneity and culture.

But that’s why, at least for now, all is well.

The powerhouse economy provides a good living. Japan’s politicians have a de facto Japan First and Japanese First policy: full employment for Japanese of all classes and protectionism for business and industry. In some sense, it’s a fascist-type economic policy that protects the capitalist, managerial, and working classes. That’s possible because Japan is 98 percent Japanese.

My most recent visit offered insights into the question and why Japan First must succeed.

Usually, middle-aged Japanese are ryokan employees. But in Nikko, site of the Tokugawa clan’s Shinto temple, and resting place of the famous shogun, the hotel attendant who escorted my party to their rooms was a Filipina.

Arriving at our room, she fully explained the ryokan’s policies and dining times in fluent and unaccented Japanese. More surprisingly, on leaving, she performed the most formal bow, a Dogeza. The usual room attendants, middle-aged ladies, though very polite, are quite friendly, less formal, and always politely inquire about one’s home and how guests found the ryokan.

I surmise the Filipina’s formality was the ryokan management’s apology to Japanese guests for employing a gaijin in a position usually reserved for Japanese. Beyond that and most importantly, however, the formality also signaled an immigrant’s conformity to Japanese culture. In other words, assimilation. 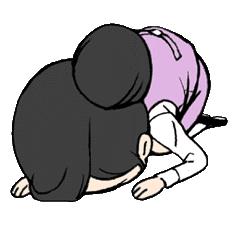 Granted, many Japanese opposed the law, as Esser observed, But I don’t completely share his bleak assessment. Above all, because Japan is a strict jus sanguinis state, meaning that Japanese-born children of guest workers (or of illegal aliens) are not “Anchor babies”—unlike the U.S., where the recent collapse of the southern border has made ending birthright citizenship more important than ever. But also because the pro-immigration Japanese Left still complains that moving to and working in Japan is a major hassle.

Beside education, training, and experience, foreigners must master Japanese, not just to be naturalized or gain permanent residence, but even for a temporary work visa.

[Y]ou will need to have some Japanese ability. It is thought that Japanese Language Proficiency Test level N4 is the minimum standard, though this may be higher depending on which industry you enter. It stands to reason that a customer- facing role will require a higher command of the local language than factory work would.

Secondly, you will be required to have a degree of skill in the industry you have applied for. … [T]his means either a locally recognized certification in the area of work, or at least a year or two of experience.

In contrast, a temporary worker in the United States doesn’t need to speak a word of English!

Beyond the formal requirements, Japan imposes other restrictions on foreigners. The Japanese are experts at Bureaucrat Game, the informal, unwritten, unsupervised rules and procedures foreigners must go through to get any government benefit, including a driver’s license [You Will Definitely Fail Your Japanese Driving Test, by Kat Callahan, Jalopnik, May 29, 2015]. Bureaucrat Game not-so-subtly suggests foreign workers should plan to leave. Being Japanese is more important than ever to the Japanese people.

And becoming a permanent resident is still tough even after Japan liberalized the rules in 2017. The new law lowered the number of years a foreigner must live in Japan continuously before applying for permanent residency. It was five to 10. Now it’s one to three

But then again, a leading English-language Japan jobs website complained, “before all you English teachers, students and salarymen and women get too excited about finally being able to get the permanent residence … the offer only applies to highly-skilled foreign professionals” [Japan’s New Permanent Residency Rules Explained, by Liam Carrigan, GaijinPot, February 21, 2017]

Get that? “Highly-skilled foreign professionals.”

That’s the hopeful side of immigration in Japan: assimilation and tight rules for even temporary workers.

Here’s the not-so-hopeful side: Not all immigrants are “high-skilled”—and they don’t leave.

Example: the mainly Nigerian immigrants in Tokyo’s Roppongi business and entertainment district. Working as barkers for strip clubs and less-than-legitimate bars, they regularly harass passers-by. [The Men on the Streets, by Amber Bard, In the Fray, October 5, 2010]  In polite, safe Japan, they annoy Japanese and legitimate foreign visitors so much that the city erected signs that notify tourists to complain to police. The government hired security guards to work at major intersections where Africans were most notorious for their behavior. Most of the guards were themselves gaijin—Serbs and more Aryan-looking Kurds.

Because African and other immigrant numbers are so very small, they have little influence. But an invidious group of gaijin and Japanese Leftists want to change that by making Japan more “diverse”—and less like Japan. Thus, they denounce the rise of Sakurai and Japan First.

Writing for Gaijinpot in October, Victoria Vlisides described the party’s 28-city “Anti-Immigrants Day” as having a “relatively small turnout,” but “heavily policed” and “peaceful.” [Anti Immigrants Day in Japan Met By Counter Protests with Ties to Antifa, October 23, 2018]

Vlisides pointed and sputtered, much like the neocons at National Review, with such hackneyed phrases such as “far-right” and “hate speech.”

Japan First Party has around 1,800 members and is not afraid to use hate speech against immigrants at its demonstrations. The far-right in Japan, in general, has an online presence proliferated by posters known as neto–uyo (internet right-wingers). … [I]n the early 2010s, these sentiments gained an offline presence with groups like the Zaitokukai, an ultra-nationalist organization in Japan, and eventually, Japan First Party.

In fact, JFP was founded in 2016 by a man called Makoto Sakurai, who is the former leader of Zaitokukai. The Japan First Party claims, among some of their more outrageous accusations, that increased immigration will also increase crime and taxes in Japan.

Of course, Gaijinpot’s Vlisides ignored such indelicate matters as Roppongi’s Nigerian scourge, and after she pointed and spluttered, Vlisides detailed the travails of a American gaijin who went to the protest in Tokyo and called it “‘the longest 30 seconds’ of his four years in Japan.” A cop told him the event was for “Japanese citizens only,” something that naturally provoked shock and horror. (Although Mexico has the same attitude).

I’ve written before about gaijin journalists. Like Leftists everywhere, they know that one way of undermining a nation is flooding it with immigrants. But another way, they know, is undermining law and order.

Thus, they’re waging their own War On Cops, hoping for a Ferguson Effect as more foreigners are brought in. A scribe for the Irish Times thinks low-crime Japan has too many police. With so little to do, the cops are apparently up to no good, like tracking Muslims.

Precisely because it is so safe, however, some fear the system is ripe for abuse. ...

In 2015, a man was arrested for scribbling Adolf Hitler moustaches on to posters of prime minister Shinzo Abe. Leaked internal police documents in 2010 described intensive surveillance of Tokyo’s largely trouble-free Muslim community. A “mosque squad” made up of dozens of officers monitored Muslims and cultivated informants.

[Japan’s Crime Problem? Too Many Police, Not Enough Criminals, by David McNeill, April 6, 2018]

Supposing McNeill is correct, perhaps the Tokyo Metropolitan Police might deploy those idle officers to Roppongi to deal with the Africans.

That would upset the diversity-obsessed scribblers in the English-language press. But it will help keep Japan Japanese, and protect the Japanese and visitors from black crime.

My American two cents: Makoto Sakurai, all eyes turn to you to save Japan from the scourge of NPC gaijin seeking to make Japan more diverse.

Revere the Emperor—Expel the Barbarian!